The stories about Oxfam and Unicef stimulate me to repost this, from October 2012. The book I'm talking about is more prescient than I realised. Buy the book here.

Ten Weeks in Africa by JM Shaw (my brother) has been reviewed by Charles Moore. Read the review here.

The novel has turned out to extremely topical, with a series of stories appearing about how aid is misspent. Here's Charles Moore:

But the point to understand about international development, at least as it is usually conducted between modern states, is that it cannot achieve its intended results. Just now, this paper’s Sunday sister has been running some splendid stories of aid money wasted on tourist projects and overpaid consultants; much of it is commandeered by the European Union for unworthy causes. It is good to expose such things. But this novel looks at the question even more radically.

People often say that if only more were done to “get rid of corruption” then aid would be wonderful. What they miss is that aid is the greatest stimulant to corruption offered by rich countries to poor ones. It is an uncovenanted, and often unaudited, blessing for those who already have power, and therefore — because the recipient countries are kleptocracies — a curse for the people they rule.

The point is that aid, rather like diamonds or oil wealth, isn't just spoilt by corruption, it creates and sustains corruption. It also creates and sustains famine and war. Which isn't to say that it can and does do good. But there isn't a sharp contrast between 'good' aid and 'bad' aid: aid does bad, sometimes, because it does good: because people benefit from it, say in a refugee camp, people can leave their homes to go it. Again, it can do good, sometimes, because it is addressing a bad situation which it has created: having created a dependency, yes indeed the people really do need it to survive. 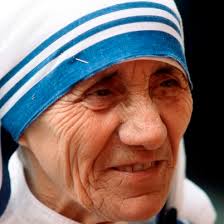 As I read the book I wondered about how people in these desperate situations can really be helped, and how the saints of the past, and present, in the Church, have gone about it. How did St Francis, or the Jesuits in the 17th Century, or Mother Theresa, do it? Part of the answer is the solidarity with the poor which they exemplified. They didn't swank about in Toyota Landcruisers and live in air-conditioned hotels, and throw handfuls of bank-notes to the beggars - or the equivalent. They became poor themselves to help the poor. Instead of representing an opportunity for graft, kidnapping, theft, corruption, and fraud, by coming into a situation with resources beyond the dreams of anyone they met, they addressed the poor personally, by service. They came to understand their needs, and yes of course they took money from donors and spent it on useful things like orphanages, but that was not the whole of what they were about, and when they did it they did it on the basis of a real knowledge of the people they were helping, and how they could be helped. And they didn't leave after three months to move on to another prestigious project, leaving everything they had done to be destroyed. If necessary they stayed with their adopted people and faced death from wars and persecutors. This is something, of course, which consecrated religious can do more easily than married people with children to think about.

Oh yes the aid workers the West sends out are very generous with their time and effort, and they really care about the people they want to help. But if they fail it is partly because they are giving their time, but not themselves.
Posted by Joseph Shaw at 3:00 pm