A question for Freemasons 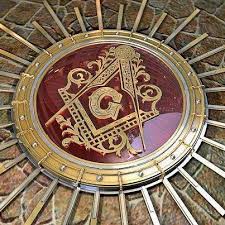 It seems the Chief Executive of the Grand Lodge is complaining about Masons being discriminated against, and wants to have a public campaign to answer people's questions.

However he wouldn't show the BBC the secret handshake, shucks. No doubt there are thousands of YouTube videos which will.

About them being misunderstood and disliked, I can understand what he means. Misunderstood, because they swear ridiculous oaths (only marginally less ridiculous without the blood-curdling threats) not to reveal what any interested person can find out from any number of books, about Masonic rituals and their symbolic meanings.

Disliked, because the main point of freemasonry for the last century and a half, for the overwhelming majority of its members, has been being on the inside of a club which supposedly favours its members, in business and in other ways. I don't know to what extent this runs against the interests of shareholders, or non-masonic employees and customers; perhaps it doesn't happen at all. I just know that this is what everyone thinks, including the mason who once tried to recruit me. And that doesn't really warm the hearts of non-members towards the organisation.

What would I like to ask the Freemasons? I suspect a lot of questions are going to run into the problem the BBC has about the handshake: that members can't talk about what everyone else can discuss as much as they like, namely the rituals. It is the rituals which embody whatever moral and quasi-religious character Freemasonry can lay claim to. But since there's no mystery about them I suppose we're not so much worse off without members' own opinions. I'm sure most don't pay them much attention, any way.

But here are some questions. It's not that I need to know the answers, which are obvious; it's that I'd like Freemasons face the problems which they raise.


It is for such reasons that Catholics are forbidden by the Church and, indeed, by Divine Law, from becoming Masons.

But hey, surprise me!

Follow the Freemasonry label on this post to see my discussion of a couple of useful books about it.

Support the work of the LMS by becoming an 'Anniversary Supporter'.
Posted by Joseph Shaw at 4:07 pm