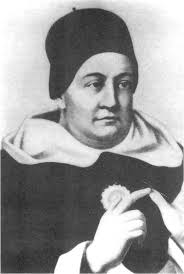 One of the things people tend to assume, when they want to avoid using religious arguments for something, is that they shouldn't use moral arguments. They also assume that non-religious arguments can't talk about the existence of God. Both morality and the existence of God, however, are regarded, in the Natural Law tradition, as being matters of reason rather than faith. What St Thomas Aquinas and others meant by this is that, in order to know that God exists and that fornication is wrong, we don't need a special revelation from God or his prophets. We can infer these facts from the nature of the world and our inner moral sense. This of course is what St Paul says in Romans 1.19 and thereabouts.

But there are two other reasons why people place morality in the same category as revealed religion. One is the influence of Protestantism. The Lutheran and Calvinist traditions have it that morality is a matter of God's will, as opposed to the nature of things in the created universe, so you can't know about morality from looking at creation (or even yourself), you have to look at the Bible, and, optimistically, a conscience which functions as God's voice in your head.

The other reason, which I think has been helped along, historically, by the first, and has come to replace it, is moral subjectivism, the view that morality is just a set of personal preferences or commitments (I don't approve of fornication; I think charity is admirable). This goes neatly with the view that religion is a matter of personal choice, commitment, or emotion. On this view, neither religion nor morality are matters susceptible of rational discussion. This is makes for a quiet life in a pluralistic society.

Subjectivism about morality is, however, a non-starter, for all sorts of reasons. From the point of view of practical debate, very few people, if any, are prepared to say that torturing children for fun is only wrong insofar as they have a personal preference against it. There have to be at least some moral principles. And of course the moral justification of any kind of state, and any kind of coercive state policy, has to be found in morality, and we have to insist on that justification even against people who don't like it.

I get the impression, however, that subjectivism is going out of fashion. It was a useful way of attacking the moral consensus when this was essentially conservative. Now that conservative consensus has been undermined, the ever-busy liberals are establishing a consensus of their own, and the last thing they want is people saying that morality is just a matter of personal preference, when they've set what morality is held to say.

This is a specific case of a wider phenonemon, explained years ago by Edward Norman (I'm so glad he's become a Catholic at last): when the Church of England found it couldn't enforce religious conformity in the 18th Century, it had to practice tolerance. But this tolerance wasn't ever going to be a permanent state of affairs, it just continued until a new ideology felt strong enough to be intolerant. And that is happening now. 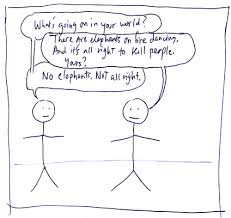 So we find the advocates of Same Sex Marriage (SSM) are not, in the main, saying: there is no objective morality, so you can't insist on hetero-only marriage. Rather, their arguments usually take the form: justice / personal fulfilment / social goods demand that we have SSM, and it is wrong to resist it.

So there's no point pussy-footing around trying to avoid making arguments from morality. What we do have to do is make arguments from moral premises which are accepted, if not by the fanatical SSM-proponent, then by the undecided people in the middle. And what sort of premises are those?

Yesterday I explained the central argument in defence of marriage: that SSM will destroy marriage as it currently exists, and replace it with something that will fail to meet the needs of heterosexual couples wanting to start a family. The bottom line is that heterosexual couples and their children need an institution which is quite different from the one which is going to emerge from the attempt to shoe-horn same-sex couples into it. Their needs and the needs of same-sex couples are different. One might quote that old radical William Blake: 'One law for the Ox and the Ass is oppression'. (He was paraphrasing Deuteronomy 22.10, but we needn't mention that.)

1. Heterosexual relationships are far less tolerant of sexual infidelity, so it makes sense to make sexual fidelity a make-or-break characteristic of their union. This is a psychological generalisation which can, if anyone is inclined to doubt it, be backed up by sociological research. It is connected, for obvious reasons of evolutionary psychology (for those who like that kind of thing), to the fact that we are talking about a union ordered to procreation. But it doesn't matter why heterosexuals have this hang-up: they do, despite decades of propaganda about the joys of open relationships, and we must accept straights as they are and seek to meet their felt needs. (That's only right, isn't it?)

2. Children need a stable home to grow up in. The research showing that children are least likely to be beaten up in a home where their biological parents both live, married to each other, is as beautiful in its clarity as it is ugly in its implications. This kind of generalisation doesn't justify state intervention take children away from unmarried mothers and so on - of course not - it just means that the state does well to promote the best kind of environment for children, so as many children grow up in one like that as possible, without social services intervening or anyone being fined or imprisoned. One way of doing that is to give marriage legal recognition and support, and not, well, to destroy it.

3. Children need parents of both sexes. This is also obvious, and also backed up by research. People promoting SSM don't like this kind of research and try to say it is ambiguous, and come up with alternative studies with bizarre methodologies, but for the open-minded this is an excellent argument. Of course boys need a male role-model, and girls a female one. They also need to experience the opposite sex. And they need to see a healthy relationship in action. Ok, it's not always possible, but we do well to help people who want to create the ideal situation, and not make things harder for them.

Catholics have really missed out on the debates on these issues over the last thirty years. There has been a huge amount of research and debate about the 'need for a father', about educational outcomes for children from broken homes, all that kind of thing, and while many Catholics have worked hard on these issues there has been no outrage from the hierarchy or from well-placed Catholic intellectuals or politicians, or not nearly enough. Welfare policies and the direction of divorce reform have done endless damage to the most vulnerable in society, and it is time we took notice. Luckily for us, people like Family and Youth Concern and Civitas can direct you to all the research.

The liberal response to this kind of argument is often that, if we are concerned about these things we are free to have families on the traditional model; other people don't want to have families on the traditional model. But that is not the line they take on other issues. Everyone is free not to smoke: and yet the Government pours endless money into propaganda, and taxes smoking at a punitive rate, so by information and incentives they can bring about a change of habits. Everyone is free not to get sexually transmitted diseases, and yet vast resources are expended on changing behaviour (with little to show for it). Everyone is free to set up a home in which there is plenty of food, lots of healthy exercise, and freedom from prejudice: this doesn't mean the Government feels it needn't do anything about those issues. Most insidiously, indeed, Government policies today often aim explicitly at social change. They want to change attitudes as well as actions.

So if the liberals are concerned about these things, why are they not concerned about the effect on working-class boys of having no father? It is simply inconsistent. There is no response to this. In my experience, confronted by this kind of argument, liberals change the subject. More open-minded people need to hear it more often.

This raises another point, for another post: the way lost battles in the past have made our task today harder.
Posted by Joseph Shaw at 3:10 pm