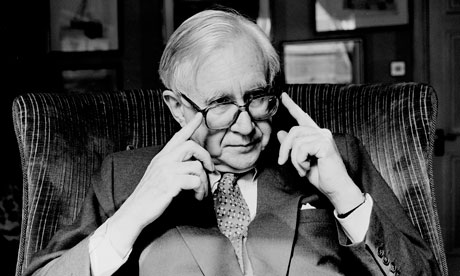 This weekend The Tablet published a letter from me about Lord Rees-Mogg, the great Times editor, under the pleasing headline 'Petitioner for the traditional Mass', and a photograph of the man himself.

Clifford Longely tells us (Obituary, 5th January) that William Rees-Mogg was 'a Vatican II man', whatever that means. It may interest readers to know that Lord Rees-Mogg was one of the signatories of the successful 1971 appeal to Pope Paul VI to save the Traditional Latin Mass from total suppression, along with such luminaries of the establishment as the then President of the British Academy, the BBC Controller of Music, the head of Radio 3, the Editor of the New Statesman, and the Poet Laureate. Most famously, as well as Graham Greene and Malcolm Muggeridge, non-Catholics including Iris Murdoch, Kenneth Clark, Yehudi Menuin and Agatha Christie were included.

Since the petition was made by people at the pinnacle of their professions, very few had Lord Rees-Mogg's satisfaction of seeing its vindication in the motu proprio Summorum Pontificum in 2010, when the Latin Mass was finally liberated. The only petitioners we know are still alive are Vladimir Ashkenazy and Sir Colin Rex Davis.

I've already blogged about Clifford Longely's understanding of 'pro Vatican II' as 'anti-Humanae Vitae'; sadly Lord Rees-Mogg was still suggesting that the Church's teaching should be changed in a Times column in 2006, an article which does indeed present him as part of the Clifford Longely tendency. This makes his support for the Traditional Latin Mass back in 1971 (after he'd nailed his colours to the mast on Humanae Vitae in 1968) all the more interesting. (His fellow Humanae Vitae dissident, the then Duke of Norfolk, also signed up.)

As I have argued, at that moment in 1971 arguments for the theological profundity and pastoral expediency of the ancient Mass were not going to make an impression on a Roman audience, who had just - as they imagined - promulgated a lovely new order of Mass whose theology and pastoral effectiveness they presumably endorsed as superior to what it replaced. The passage of time, and particularly the example of Pope Benedict, in his writings before his election, have made those arguments effective once again. The non-Catholics who signed the petition, no less than the more liberal Catholics, were able to see the value of the Traditional Mass as a cultural artifact. Art expresses value: to appreciate a piece of art is at the very least to appreciate the point of the values which created it, without necessarily articulating it clearly to oneself. This is true of all art; the liturgy, of course, is far more intimately and explicitly connected with the values which it expresses than paintings, sculptures or even literary works. We shouldn't be too worried, therefore, about people appreciating the ancient liturgy on 'merely aesthetic' grounds: they are onto something, and this may grow. Many, many converts have started their journeys with an appreciation for the ancient Catholic liturgy.

This is what Oscar Wilde wrote in prison between 1896 and 1897. ‘[W]hen one contemplates all this from the point of view of Art alone one cannot but be grateful that the supreme office of the Church should be the playing of the tragedy without the shedding of blood, the mystical presentation by means of dialogue and costume and gesture even of the Passion of her Lord, and it is always a source of pleasure and awe to me to remember that the ultimate survival of the Greek Chorus, lost elsewhere to art, is to be found in the servitor answering the priest at Mass.’ (De Profundis)