A follow-up post to my treatment of Cardinal Kasper's remarks in an interview about marriage, divorce, and communion. A key passage is this. What should a couple in a second marriage, with children, do?

To live together as brother and sister? Of course I have high respect for those who are doing this. But it’s a heroic act, and heroism is not for the average Christian. That could also create new tensions. Adultery is not only wrong sexual behavior. It’s to leave a familiaris consortio, a communion, and to establish a new one. But normally it’s also the sexual relations in such a communion, so I can’t say whether it’s ongoing adultery. Therefore I would say, yes, absolution is possible. Mercy means God gives to everybody who converts and repents a new chance.

As I remarked in that post, there are two things going on here.

In the second half, there is a finessing of the idea of adultery: it stops being adultery when there is no longer an original marriage to which to be unfaithful. This seems to be the basis of the idea that the adulterous person can repent, as of a sin firmly in the past, connected with the first marriage which cannot now be revived. But obviously it is still sex outside marriage to I'm not sure what difference that makes.

Can we just agree on this? That the law of God, expressed in the Sixth Commandment, forbids sex outside marriage. This moral norm has no exceptions. Sex (genital sexual acts) outside marriage is intrinsically evil: per se malum. Or, as the Catechism expresses it (2391)

Carnal union is morally legitimate only when a definitive community of life between a man and woman has been established.

The first half of the Kasper quotation is equally strange. The suggestion appears to be that moral obligations which are difficult - it is tempting to assume he means 'impossible', but no, he is clear he just means 'difficult', 'heroic'; some people actually fulfill them - don't bind in conscience. Ordinary Christians don't have to worry about them.

A related, but in a sense opposite, view, is that there are moral obligations which are impossibly difficult and that we stand condemned for failing to accomplish them. This is the view of Classical Protestantism, you find it in Luther and Calvin and modern followers such as Karl Barth. But perhaps it is not such a different view, because what they say next is that God lets us into heaven despite these failings, to which every human being, apart from Christ, is subject all the time. So it rather comes to the same thing: demanding moral precepts cease to be action-guiding, they remain as vague ideals, we break them and we're somehow ok all the same.

One interesting thing about the Protestant view is that it has been condemned by the Council of Trent, infallibly. Here are the anathemas (infallibly condemned propositions):

Canon 17. If anyone says that the grace of justification is shared by those only who are predestined to life, but that all others who are called are called indeed but receive not grace, as if they are by divine power predestined to evil, let him be anathema.

Canon 18. If anyone says that the commandments of God are, even for one that is justified and constituted in grace, impossible to observe, let him be anathema.

The main text of the decree:

CHAPTER XI: THE OBSERVANCE OF THE COMMANDMENTS AND THE NECESSITY AND POSSIBILITY THEREOF
But no one, however much justified, should consider himself exempt from the observance of the commandments; no one should use that rash statement, once forbidden by the Fathers under anathema, that the observance of the commandments of God is impossible for one that is justified. For God does not command impossibilities, but by commanding admonishes thee to do what thou canst and to pray for what thou canst not, and aids thee that thou mayest be able. His commandments are not heavy, and his yoke is sweet and burden light. For they who are the sons of God love Christ, but they who love Him, keep His commandments, as He Himself testifies; which, indeed, with the divine help they can do.


Apart from Protestantism, I hear another echo in Kasper's argumentation. It is with the idea popular in Germany after the War that when ordinary Germans collaborated with the terrible crimes of the Nazis they should not really be blamed. It would be too much to ask that they oppose those crimes. Heroes opposed them, yes, and were mercilessly killed. You can't expect that of ordinary people. 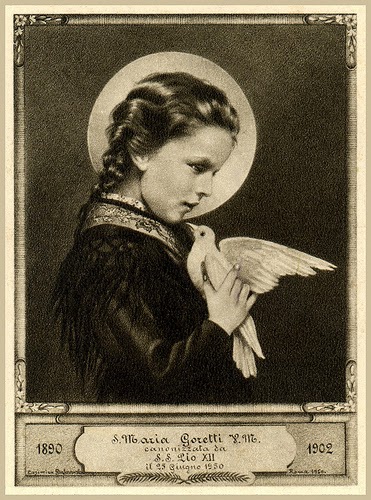 Well, we don't expect it - as a matter of prediction. But God demands it. Just as He demands that we refuse to apostasise under persecution, or refuse to sacrifice our platoon by running away from the advancing enemy in battle. Yes, there is such a thing as the destruction of a person's will and personality by torture, or terror making it impossible to move, but we are not talking about that sort of case. We may be called on to risk our lives, we may be called on to risk our livelihoods, we may be called on to risk the relationships which, we think, give meaning to our lives. It doesn't happen frequently but it happens often enough. If we fail we may be lucky and get the chance to repent afterwards. But then again we may not.

But when God demands these things of us, He also supplies the grace to enable us to do them. And that is why you find the most unlikely people, in the Catholic tradition, doing the most remarkable things. You don't have to be strong, you don't have to be full of worldly wisdom, you just have to be open to grace.  God chooses the weak.
Posted by Joseph Shaw at 10:00 am