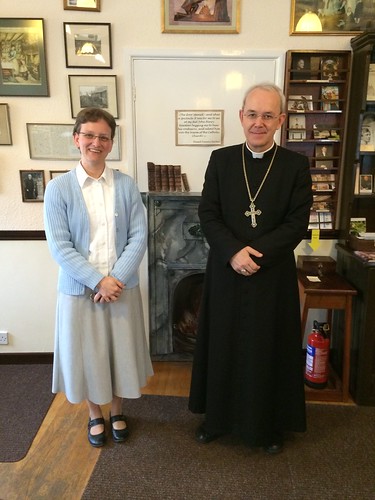 Last night Bishop Schneider address the Newman Society, on the subject of life under Communism.

Naturally we took the opportunity of showing him around Oxford before that, and he visited Littlemore, where Bl John Henry Newman was received into the Church by Bl Dominic Barberi.

Here Bishop Schneider is standing on the very spot where it took place, with Sr Christina of the Sisters of the Work, who look after The College, the collection of buildings Newman occupied with some of his friends, at this crucial period of his life.

The College contains many fascinating relics of Newman and Bl Dominic, including a rather touching letter Newman wrote in relation to the cause for Dominic Barberi's beatification.

His talk to the Newman Society was well attended and well received. As Bishop Schneider remarked, the terrible crimes of the Soviet period are still not widely known. I suspect the appalling sufferings of the ethnic German community, the 'Volga Germans' and the 'Black Sea Germans', at the hands of Stalin during and after the War are, I suspect, as much a closed book for most people as they were up until yesterday for me. 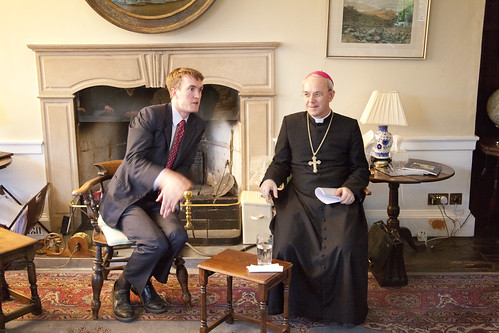 Meetings of the Newman Society generally take place in the impressive 'Blue Room' of the 'Old Bishops' Palace', in the Catholic Chaplaincy. We were joined by one of the Jesuit chaplains. 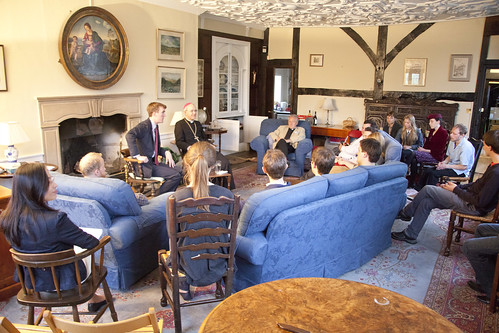 Tomorrow, on Thursday, he is addressing a parish group of the London Oratory (anyone can attend this, at 8pm), and on Saturday of course he is addressing the Latin Mass Society's One-Day Conference.

More details about the conference here.
Posted by Joseph Shaw at 8:13 pm