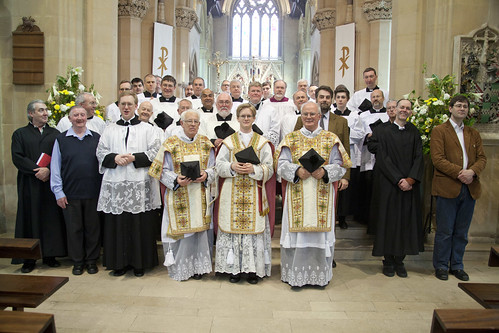 As promised, here are some pictures of the Priest Training Conference which took place last week at Belmont Abbey, organised by the Latin Mass Society. 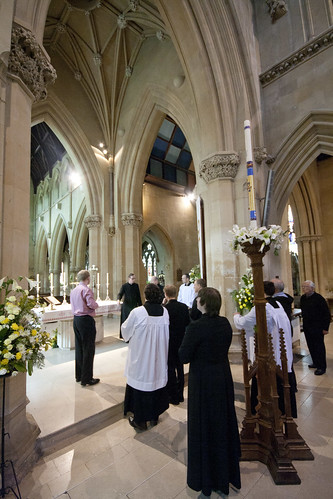 Not for us carping from the sidelines about the state of the Church. We are actually doing something about it: priests and deacons, actual and in training, who wish to learn how to say the Traditional Mass, and to perform the various functions of High Mass, and servers and Masters of Ceremonies, are all welcome at our training conferences are hugely subsidised rates. Seminarians, in fact were free this year. There couldn't be a more concrete contribution to the liturgical, and therefore spiritual, renewal of the Catholic Church in England and Wales. 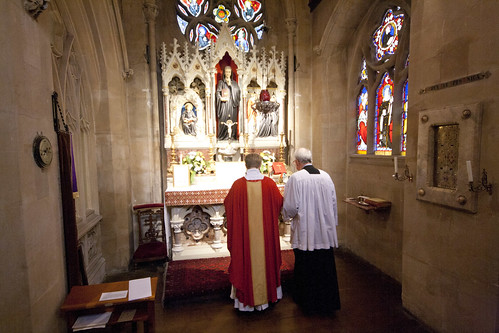 This year's conference has been the most successful for many years - perhaps ever. The venue is lovely, and we overflowed the onsite accommodation and were booking up nearby B&Bs. Numbers were up on recent years. 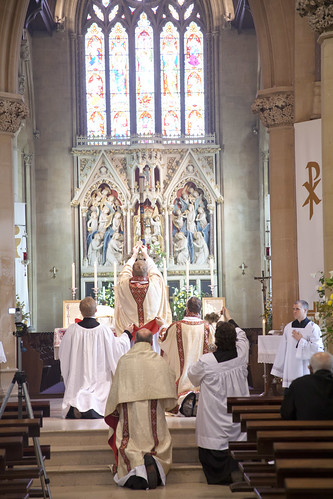 We had a good mix of old and new faces, diocesan clergy, including two from Scotland, members of the Ordinariate, a permanent deacon or two, a seminarian, and a variety of servers at different stages. I was there for two days, and saw two lovely High Masses, two Vespers, including a 'three cope' Solemn Vespers for St Joseph the Worker, Benediction, and lots of private Masses and training sessions. 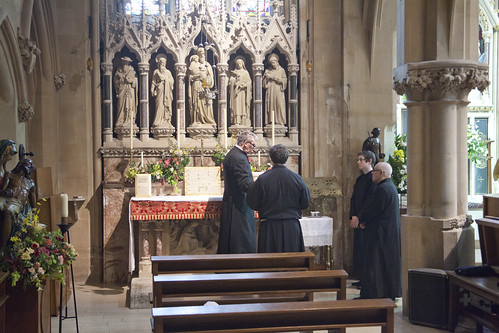 In the past few years it has been Clifton Diocese which has sent the most people; this year it was the turn of Plymouth Diocese. 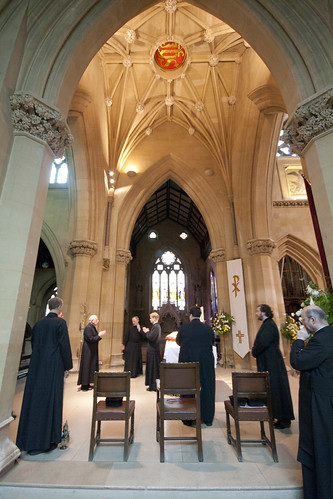 Many priests learn the ancient Mass in whole or in part in one-to-one sessions with a friendly local priest who knows it. This may be the only practical way, but it does have its limitations: not only those of the local priest himself, but of the nature of one-to-one tuition: it is simply impossible to see or practice the ceremonies of a High Mass, involving celebrant, deacon and subdeacon, plus MC and servers, with only two people. 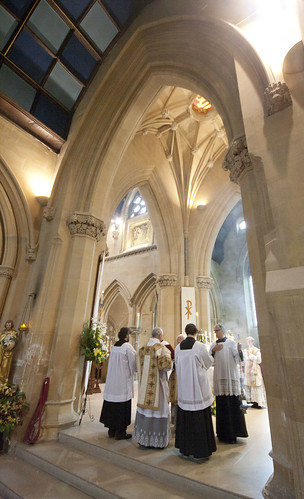 As well as having some very experienced priests to teach the clergy, we have a number of excellent MCs and singers. For part of the week Fr Guy Nichols Cong Orat, the founder of the Newman Institute of Sacred Music, was on hand. 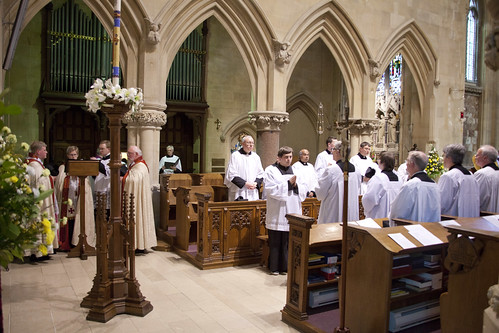 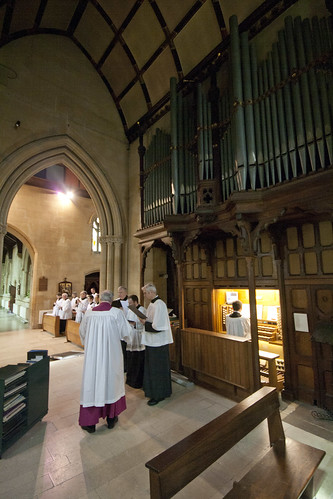 Our services were accompanied by the Rudgate Singers under Mike Forbester, with Christian Spence playing the organ. 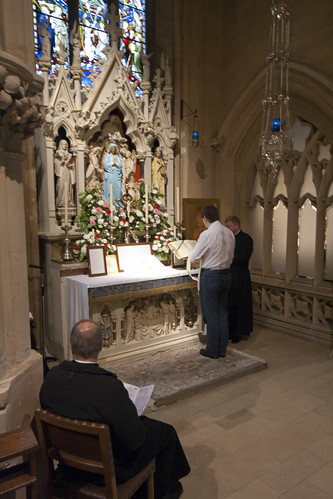 These conferences are a very important opportunity for clergy to meet like-minded people, and the round of services gives it something of the character of a retreat. 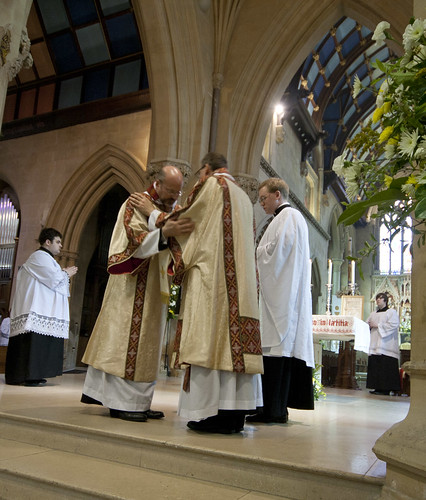 For me, as I'm sure for others, the chance to get to know one of England's really superb neo-Gothic masterpieces, Belmont Abbey, was also very welcome. The stunning Abbey Church was designed by Edward Pugin and consecrated in 1860. 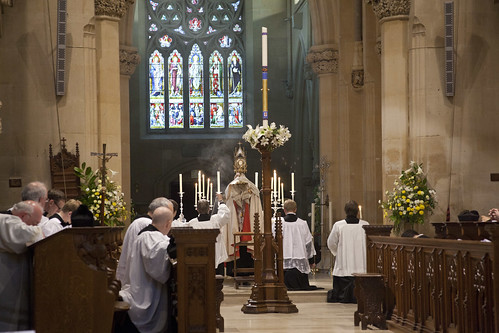 It has survived the 'changes' pretty well, although the high Altar was, sadly, destroyed at an early stage. One of the things which I particularly admired was the stained glass windows, produced by Hardman, the firm which usually collaborated with the Pugins. They show a lot of English martyrs, and other English saints, including many I have not seen depicted before. 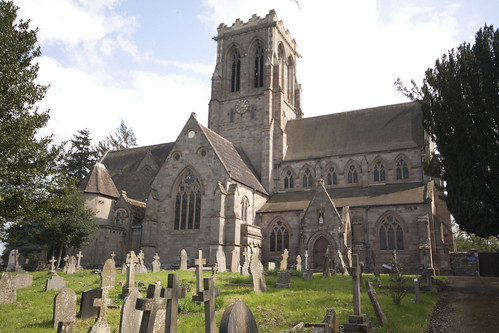 The full set of my photos is here; I have created subsets for the art and architecture, and for the training sessions and private Masses.
Posted by Joseph Shaw at 1:18 pm