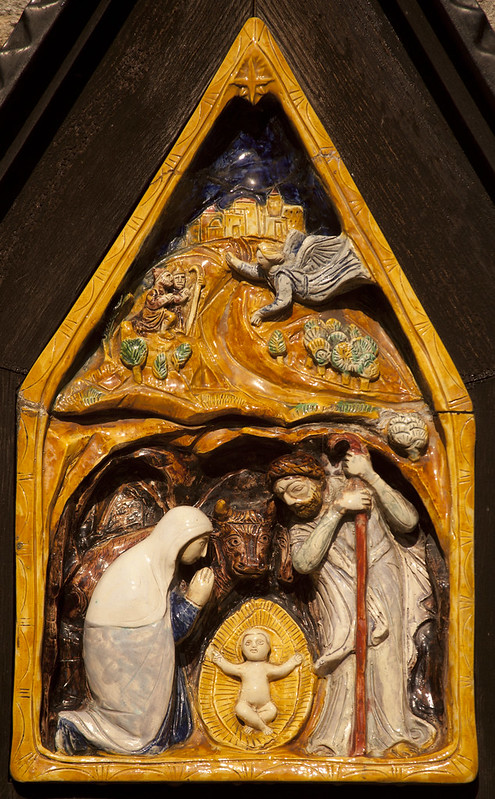 We must accustom ourselves to the sight of prominent Catholics abandoning public positions in favour of the teaching of the Church, of the Natural Law, or simply of common sense, under pressure from an increasingly intolerant consensus contrary to those things. It is depressing, but somehow we must not be depressed by it.

Here's Michael Coren's explanation for his apostasy: a man who made himself famous as a Catholic apologist, on television and in books.

The change was to a large extent triggered by the gay issue. I couldn’t accept that homosexual relationships were, as the Roman Catholic Church insists on proclaiming, disordered and sinful. Once a single brick in the wall was removed the entire structure began to fall.

I refused to base my entire world view and theology, as so many active Catholics do, around abortion, contraception and sex rather than love, justice and forgiveness. Frankly, it was tearing me apart.


Here's a man who was a convert to the Faith, and presented himself which considerable machismo as a partisan for the Church. No one forced him to do this. Truly, that kind of activity leads to its own temptations. A Catholic in the firing line, in the front rank of public debate, needs a strong spiritual life. The Church is unforgiving because it seeks to defend innocent life against abortion? Many of his new Anglican friends may feel a little queasy about that idea. But I don't suppose they will make him feel too uncomfortable about it.

Here's Caroline Dinenage MP, a Catholic, who voted against Same Sex Marriage in 2013, remarried (after a divorce) in 2014, and has now been appointed Equalities Minister, whatever that is. If you want to cross the bridge, you have to pay the toll. Here it is: from her Twitter account.


To all the others I want to be clear - I support equal marriage & I'm fully committed to advancing the cause of LGBT equality moving forward.

Stonewall and their friends will be watching her 'tackling homophobic bullying in schools' for any signs of flagging zeal. She will will have to have to work extra hard to convince everyone that she's with the programme, but I'm sure she'll put her shoulder to the plough. If a few dozen school children are branded as homophobes each year, and talk about mothers and fathers is banished from the classroom as heteronormative, that is surely a small price to pay for Ms Dinenage's preferment.

Apostasy is not a nice word; nor is cowardice. But they are concepts we have to face up to; they are real, and have real consequences. They have consequences for the Church as an institution, for society as a whole, and for children. I have no sympathy for people like Coren and Dinenage who want to maintain cushy jobs in the limelight by bending the knee to Baal; I have a lot more sympathy for people who are simply trying to make a living. Charles Moore, one of the Latin Mass Society's Patrons, said of the view that children do best with parents of both genders, preferably married to each other:

Yet now you can barely say this. I am sure I would be barred from working in the public services if I said it at a job interview. I could not become a Labour parliamentary candidate, and probably not even a Conservative one. If I were 28 rather than 58, I doubt if I would dare say it in print if I wanted a successful career in media. Socially conservative moral views are now teetering on the edge of criminality, and are over the edge of disapproval by those who run modern Britain.

The Church needs leadership, lay and clerical. It should be more evident now than before what a catastrophic error it was not to oppose Civil Partnerships when we had the chance: before a consensus had hardened around the idea that there is something intrinsically unjust about about keeping 'marriage' only for men marrying women. Now we have a really uphill struggle even to say that our private views on marriage are not grossly immoral.

And the Church herself will be under attack. The prestige accorded to heterosexual unions by the Church - regardless of how, or even whether, the bestowing of that prestige is connected to a change of legal status by the couple concerned - is an offence against the parity of esteem homosexual activists demand for same-sex marriages.

As I have pointed out before on this blog, the 'privacy' of our views or practices does not, will not, cannot, prevent our opponents from saying that they are unjust and should be reined in by force of law. Domestic violence is still assault and battery, regardless of the privacy of the setting. Hetero-normative views of marriage within the Church are no more immune from the prying eyes of the state than marital rape. This problem is not going away - unlike our fair-weather friends.