Transsexual lifestyle 'not in accord with the Faith' 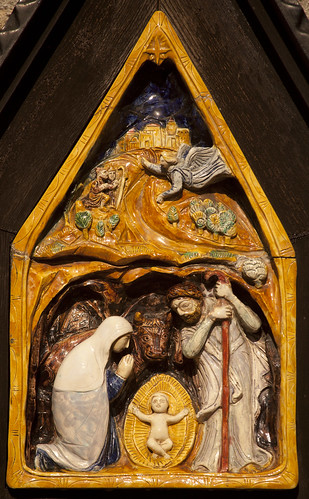 This is a tremendously important clarification from the Congregation for the Doctrine of the Faith, reported and translated by Rorate Caeli, where there is more background.

The CDF was asked by the Bishop of Cadiz about whether a transsexual could be a godparent. To be a godparent, according to Canon Law, one must, among other things, be someone who

'leads a life of faith in keeping with the function to be taken on'. [Canon 874]

This might seem a subjective matter, but as far as refusing to allow a person to be a godparent it must be determined by objective, which is to say public, things, and so parallels the issue of being allowed to receive Holy Communion, to which it is often linked. Catholics in irregular marriages, for example, can't be godparents. The CDF now tells us that the same is true of transsexuals: those who have adopted the lifestyle of the opposite sex.

The CDF, responding to the question 'can it be allowed?', replied as follows.

"Regarding this particular [issue], I inform you of the impossibility that it be admitted. The transsexual behaviour itself reveals, in a public manner, an attitude that is opposed to the moral demand of resolving one's own problem of sexual identity according to the truth of one's own sex. Therefore, it is evident that this person does not possess the requisite of leading a life according to the faith and to the position of godfather (CIC [Code of Canon Law] Can 874 §3), not being able, therefore, of being admitted to the position either of godmother or of godfather. Discrimination is not to be seen in this, but only a recognition of an objective lack of the requisites that by their own nature are necessary to take over the ecclesial responsibility of being a godparent."

I've done a post about the arguments surrounding transsexuality on my philosophy blog here.

Support the work of the LMS by becoming an 'Anniversary Supporter'.
Posted by Joseph Shaw at 3:08 pm