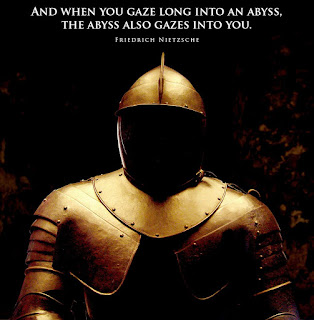 For an astounding example of self-flagellation, the results of the survey commissioned by the Bishops of England and Wales on the family, The Call, the Mission and the Journey, takes some beating.

From a statistical point of view the survey is completely meaningless. Responses to a series of questions have been provided by a self-selecting group of people, partly online and partly offline. These have then been cherry-picked and collated by some functionary of the Bishops' Conference, and the result, with a little commentary, weighing in at 17,500 words, has been plonked on the web like an undigested potato.

Nevertheless, reading through it one hears the authentic voice of... middle class liberal Catholics aged between 50 and 70. We can be fairly specific about the age because almost all the references to children are to grown-up children and grandchildren. These are, in any case, almost the only people who would bother filling in a questionnaire of this sort, though many of them seem pretty annoyed about it.

(Note the illiteracy, or at least the haste, of the functionary collating the responses.)

This splinter of the Church's demographic appears to be held in awe by the Bishops' Conference. Their opinions are apparently regarded as some sort of oracle, and the 'Bishops' response' (what bishops, I wonder?) is not exactly robust. It consists of a couple of pages of quotations from Pope Francis, a prayer, and a list of credal statements about marriage and the family which manages not to mention either indissolubly or sanctifying grace. Their approach appears to be inspired by Oscar Wilde:

'Ignorance is like a delicate exotic fruit; touch it and the bloom is gone.

What we can use these responses for is illustrating an important fact about the Church in England and Wales: how completely the decades-long attempt by the bishops to please this particular section of the Catholic population has so abjectly failed.

“We are ashamed of our Faith – so misogynistic, controlling, self-opinionated……we are not salt of the earth: we give no flavour to the joy of our Creator, but bang on about matters which are not part of the big picture.”
“The family is not a place to hand on the faith of the Catholic Church.  As children grow into young adults they do not identify with an organisation that holds outdated and misogynist views."
"At the moment the Church appears irrelevant even uncaring and alien."
"[Young people] see a Church which discriminates against those who are divorced, gay, against women, and yet hides internal corruption and displays huge riches in the face of international poverty."

It is not a matter of them criticising the baddies at the Vatican and siding with our local bishops and priests, either.
"The examples and behaviours of our parish priests who have run away to wed, been a child abuser have not helped."
"As for handing on the faith, I don't think that this is something we can do in the present state of the Church."

The nature of the survey itself comes in for strong criticism - and here I have some sympathy for the respondents.
"The above are very silly questions, inviting people to write like Patience Strong."
"The answers to the questions were provided at the outset…. I doubt that the true opinion of the faithful will match that false expectation…."
"This survey does not seem to address directly many of the concerns expressed by Catholics..."

In response to the insufferably smug question 'In what way, through the abiding presence of God, are your family ‘salt for the earth and light to the world’, and a place of and for handing on our Faith?' the editor notes:
A group response records that this is “too technical a use of language.”  An individual asks do we need “such flowery language.”

As I have pointed out before on this blog, liberal Catholics hate the bishops. I mean, really, really hate them, in a way that would appal traditionally-minded Catholics long used to having profound differences of opinion with the hierarchy on matters of policy. Mgr Basil Loftus, whom the bishops seem so afraid to discipline, offers the insight that their policy on refusing Communion to those in irregular marriages is inspired by vindictiveness. Yes, you read that right: not an honest difference of opinion, not a tragic mis-reading of the Gospel imperative: vindictiveness. The Tablet thinks Bishops are motivated by misogyny. The respondents to the questionnaire have of course been drinking from these poisoned wells.

There is something acutely tragic here. The liberals' high hopes of accelerating change in the Church have not been fulfilled, and they are bitter about it. But the unvarnished nature of the survey responses allows us to see something deeper as well. It is not just that the powers that be haven't stuck to some tedious agenda close to their hearts. Liberalism has failed in a more profound way, for the respondents personally.

Their own Faith has become something rather superficial. The respondents are, above all, 'churchy' people (otherwise they wouldn't know the survey existed), but they don't seem very spiritual people. Some mention family prayers; many mention charitable activities, but none mention pilgrimages (with one exception), retreats, confession, spiritual direction, or spiritual reading.
“Encouraging everyone to find their own path up the mountain as well as showing example by our continuing to go to Mass each week .”
“Taking part in church services as readers or welcomers helps us feel we belong to the church family.”

But time and again, this superficial adherence to the Church has nothing to offer the younger generation. If being Catholic is about sitting on a boring committee or listening to bad hymns in an ugly church, what's the point?
‘The overwhelming feeling from so many of the older people’s responses was that they had failed to hand on the faith to some/all of their children and consequently to their grandchildren. There seemed to be great sadness and guilt that they had failed.  This was so sad to read from people who have tried their best to follow God all their lives; a sense of blaming themselves for not achieving this. Most cited examples of bringing their children to church, trying to uphold the catholic faith and citing examples of how they were or are still involved in parish life – but still with the sadness of having failed in inculcating this to their children. We plant the seeds but often we do not see the results……..the best we can do is try. And sometimes it is very hard to try!’

Some desperately hope that all is not lost.
“I believe that our three adult children have decent moral standards..."
“At the moment the relevance of the Church comes at times of need: funerals, weddings and baptisms. We pray that the seeds sown will emerge later. Whatever their practice of faith, I believe they can still provide salt for the earth and light to the world, because of their upbringing and who they are. What of the next generation? We have to find new ways of letting the gospel and the sacraments touch them. We need to be more open.”


Will being 'more open' help? Will it really help to ask less and less of Catholics, until there is nothing left? And what will we do then?

The general tone of documents coming from Bishops' Conferences over the last few decades has been one of self-satisfaction. These liberal Catholics are not, however, feeling very self-satisfied. The project has failed, and they can see it in their own lives, and above all in the lives of their children. What they need, though they wouldn't welcome it, is evangelisation.

Support the work of the LMS by becoming an 'Anniversary Supporter'.
Posted by Joseph Shaw at 6:37 pm