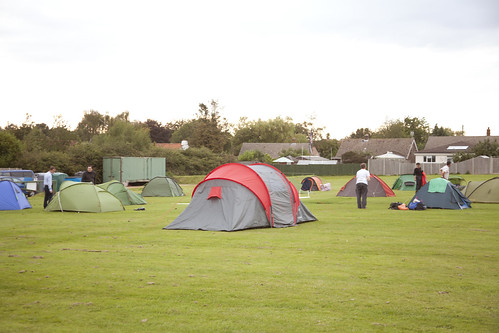 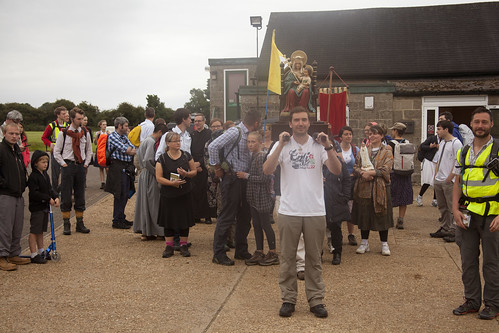 The start of the third day, Sunday, is exciting, since having walked about 20 miles the day before we have only about 11 miles aheard of us. The sky was a bit overcast, which was a relief after the sun of Saturday. On the final day we carry the processional statue of Our Lady of Walsingham.

It is still quite a tough walk, however; Norfolk stops being quite so flat as you get closer to Walsingham, and our scheduled arrival in the Shrine can't be allowed to slip. So off we went. 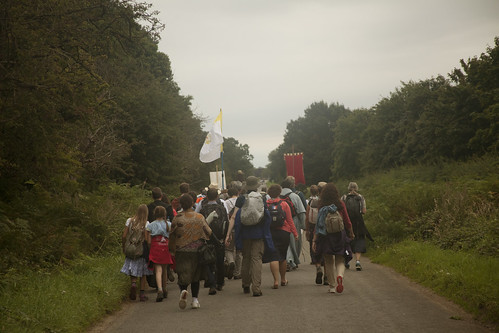 During Mass in the Catholic Shrine, which was attended by about 200 people, it began to rain. Our procession for the last mile to the site of the Medieval shrine in Little Walsingham itself turned out to a very damp affair. We completed it, nevertheless, and gave thanks to Our Lady in the place where the Holy House had once stood. 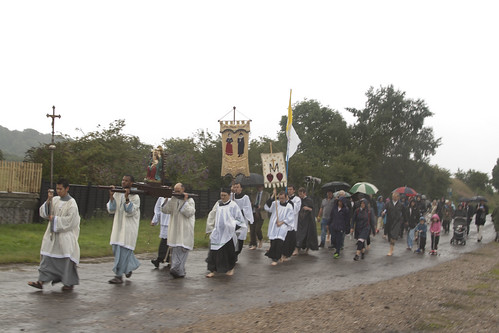 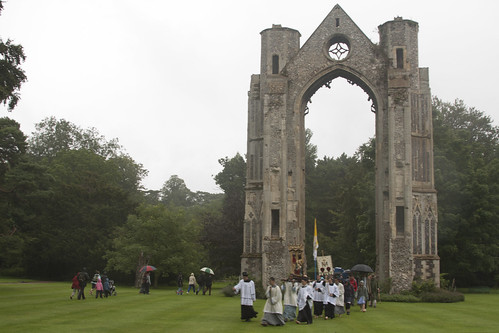 Veneration of our statue of Our Lady of Walsingham and blessing from our chaplains concluded the formal part of the pilgrimage, but we also have a sung Mass on Monday morning in the medieval Slipper Chapel, which forms the heart of the Catholic Shrine. 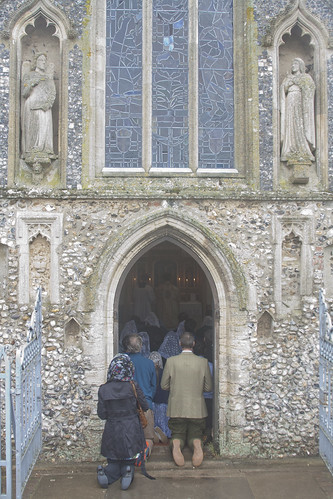 Support the work of the LMS by becoming an 'Anniversary Supporter'.
Posted by Joseph Shaw at 2:14 pm