Annulment reform and the Kasper proposal 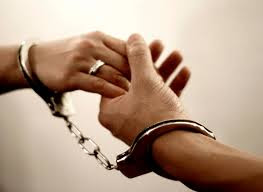 Back in the innocent days we had discussing Cardinal Kasper's proposals, the suggestion was that people be allowed to receive Holy Communion despite living in uncanonical situations. He said, in an interview, that he thought reform of the process of annulment wouldn't make a difference to all that many people. Instead, we had to take a different view of the new, adulterous, unions, which people who had left perfectly valid first marriages had contracted. (My post about it.) He said:

And the second is not a marriage in the same sense, but there are elements of it—the partners take care of one another, they are exclusively bound to one another, there is an intention of permanence, they care of children, they lead a life of prayer, and so on. It’s not the best situation. It’s the best possible situation. Realistically, we should respect such situations, as we do with Protestants. We recognize them as Christians. We pray with them.
Part of the motivation for this was, no doubt, a naive belief that the annulment process could only be twisted so far, but another, and perhaps a more powerful one, is the observation that many of the couples in illicit second unions do not want an annulment.

This may seem surprising, but it is true. I've encountered this attitude myself; here is Mgr Basil Loftus about it (criticising 'the often negative and harmful purported 'solution' of marriage nullity.'), and here is Cristina Odone (angered by 'the practice of annulment, where you could effectively buy the Church’s collusion in untying the marital knot.')


It will be interesting (no, actually it will be both boring and depressing) to see how these people respond to the reform of the annulment procedure. A step in the right direction, or in the wrong direction? Cristina Odone has rejected seeking an annulment to straighten out her own, personal, marital situation. She may be mollified a little by the hope to reduce or eliminate the financial cost, but the cheapening of the first marriage is exactly what she is against. She, and others like her, want to affirm the reality of the first marriage, not deny it. She wants the Church to act like the state, and allow not the recognition of invalid marriages as invalid, but the divorce of valid marriages which were great at first but then, you know, we moved on, we drifted apart, there was an affair, there was luuurve...

Does Mgr Pio Vito Pinto, the architect of the reform, understand this? He wants the new procedure to be used by lots and lots of people, but in fact the expense and time involved, and the possibility of rejection, were not the only factors stopping people seeking annulments up to now.

One way of looking at the reform is as a way of avoiding a Kasper-like solution, either in theory (through an official loosening of discipline) or in practice (through an unofficial loosening of discipline). People have already written that by bringing out the reform before the Family Synod, the Pope has removed the issue from the agenda. This may be part of the intention, but I'm not so sure it will work, at least in the medium and long terms. Pressure to allow non-annulled second-marriage couples to receive Communion will not be eliminated by allowing quickie annulments. Odone and others already think that annulments are make-believe, and beneath their dignity. Is the reform going to make them change their minds? No; at least if they are consistent, it will confirm the view that annulments are make-believe, and render impossible any remotely convincing response from faithful Catholics on the subject. These couples will say that since annulments can be had for any and no reason for those willing to go through a sham process, it is utterly unjust to stop couples who have not been through a sham process receiving Holy Communion.

Again, Kasper spoke of couples who felt convinced in themselves that their first marriages were invalid, but couldn't get a annulment for some technical reason (perhaps the Church didn't share their views of what was an obstacle to validity), or who didn't want to go through the process. If the process of getting an annulment is made vastly easier, will there be fewer such couples, or more? Obviously, more, because it will be vastly easier to convince oneself that, if one went to the trouble, one could get an annulment. If one is convinced in conscience that the first marriage was null, why bother going through the process?

There might be reasons: a desire to marry in church, for example, or to be in 'good standing' for the purposes of involvement in the huge bureaucracy of the German Church. Ultimately, however, I expect that many people will be very impatient of the demand that they go through a process perceived as essentially meaningless, and perhaps demeaning as well.

I don't think the Kasper proposal avoided this problem either, as a matter of fact, because he proposed a 'penitential path' which I can't see many couples in second marriages undertaking with much enthusiasm.

(I wonder, in passing, if all these ideas are trying to tackle a problem in a highly specific form which only exists in certain influential countries, like Germany and Argentina, and don't address the form of the problem in the English-speaking world and elsewhere.)

What we have the annulment reform as presented is a plan which, I predict, will not solve the pastoral problem of couples lacking the correct paperwork, but will weaken marriage as perceived and as practised. The pressure on priests to give Communion to those in illicit unions will not go away, but a new problem will arise: pressure on conscientious bishops to grant annulments on slender or non-existent grounds. It could be in diocesan chanceries, rather than an the Communion rail, that the sparks begin to fly.

Support the work of the LMS by becoming an 'Anniversary Supporter'.
Posted by Joseph Shaw at 1:00 pm