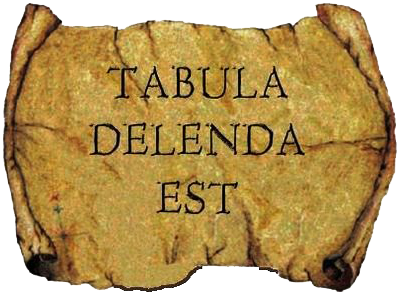 My weekly penance - usually performed on a Friday, though since I was busy yesterday it is appropriate enough to do it today, an Ember Saturday - of looking through The Tablet has revealed a remarkable outpouring of hatred towards the traditions of the Church, the authority of the Holy See, and Catholics attached to the Traditional Mass, roughly in that order. The subject which has aroused this tsunami of poorly written vitriol - a feature article by John Casey, a leading article, three letters - is the subject of the reiteration by the competant authorities that females may not be used as servers at Mass in the Extraordinary Form.

The leading article solemnly assures us that this ruling reveals a 'hidden agenda' by 'troublemakers' which amounts to 'misogyny, or worse'. (Is anything worse than misogyny, I wonder?) It might amuse the Holy Father and Mgr Pozzo, who authorised the clarificatory document Universa Ecclesia and wrote a letter making the issue clearer still, respectively, to be described as 'troublemakers'; anyway I thought that making trouble was The Tablet's job. Not for them the stodgy certainties of worn out intellectual fashion: isn't that the idea? Now, it seems, it is Traditionalists who are 'comforting the afflicted, and afflicting the comfortable', as one favourite glib liberal phrase has it.

The main complaint is that there are 'no theological arguments' against women serving at Mass, and that this has been affirmed by the 1994 ruling allowing them. A supplementary line is the claim that the reason the Church forbade them for 19 centuries is that they were regarded as 'ritually impure', a claim which is 'insulting' to all women. I challenge The Tablet and its supporters to provide a shred of evidence that notions of ritual impurity were used as a justification for not having altar girls before 1994.

As a service to perplexed liberals I have already set out arguments against female altar servers, on this blog. John Casey refers to this blog as the place where the letter from the PCED has been posted. At the bottom of that very post I link to three earlier posts giving arguments against altar girls, links he must have resisted clicking on in order to claim that there were no arguments.

We will never know what Dr Casey or Catherine Pepinster or the various writers of enraged letters to their letters page think about the disastrous effect of female servers on vocations to the priesthood, or about the different roles of the sexes in the economy of salvation, because even to acknowledge these arguments would be too much courtesy to their opponents. And naturally, refusing to address them spares them the embarrassment of admitting that they cannot answer them.

The previous edition of The Tablet contained a thinly veiled call for female priests - isn't that a coincidence? A long article by Elena Curti quoted several proponents of women's ordination, and not a single opponent, in order to conclude that there are really no arguments against the ordination of women. This is The Tablet's 'hidden agenda': or not so hidden. Those who think they can uphold female altar service as anything other than an exception to the norm - which is what it is under Church law today - without supporting the ordination of women as priests are going to find they have no place to stand.

(Photo from the Bad Vestment blog).
Posted by Joseph Shaw at 11:07 am

Labels: Altar Girls, Liberal critics of the EF, The Press