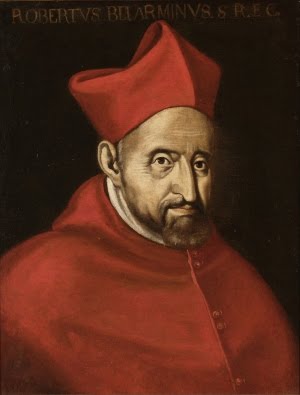 'Pray Tell' blog has a story today about a group of Austrian priests promising a campaign of disobedience. It looks like a systematic attempt to undermine the sacramental priesthood, in which they no longer fully believe. They are (as far as one can tell) following their consciences but I have explained before this isn't enough for their actions to be even subjectively right, let alone objectively so. They are blameworthy for failing to conform their consciences to the teaching of the Church.

The conforming of one's mind to an external authority in Catholic teaching is something which has been the source of a rich seam of anti-Catholic polemic by both Reformation and Enlightenment figures. To make matters worse, in addition to talking of 'corpse-like' obedience (which I have already discussed) St Ignatius used the phrase 'blind obedience' and talked about the subjection not only of the will but the intellect to a human superior. If anything is likely to get the enemies of the Faith to resort to the jibe that Catholicism is anti-intellectual, this is surely it.

In fact of course the Church has been the biggest supporter of education and every kind of intellectual endeavour in history. We need to look more closely at what St Ignatius meant, and how he fits into the wider Tradition.

St Ignatius is talking, in his 'Letter on Perfect Obedience', principally about the obedience of a religious - a member of an order who has taken a vow of obedience - to a superior, but he is aware of the wider implications as well. His point is that perfect obedience goes beyond outward conformity: the subject must make his superior's judgement his own, even if the subject would not have come to that judgement on his own. This is, in fact, necessary: only if you have internalised your superior's mind on a subject will you be able to adapt to changing

circumstances or deal with unforeseen challenges in a way which advances the object of the exercise. For the situation St Ignatius is addressing is not one in which robotic, outward obedience will do: he has in mind situations in which his Jesuits are given orders, and then dispatched into jungles, or across deserts or oceans, where they will have to exercise considerable initiative and ingenuity with minimal, or no, further communication from headquarters. They must be able to do this while remaining steadfastly committed to an overall strategy which is also being followed by other, equally isolated Jesuits in a different part of the jungle, or in another Catholic safe house somewhere else in England. Perfect obedience in this sense is what makes it possible for isolated operatives to have a high degree of initiative and self-sufficiency without sacrificing coordination, in a hostile environment.

Just like in military situations? Yes, just like in military situations. It is no accident that St Ignatius had been a soldier and that the Jesuits are often described as having military discipline. The point is that officers in the armed forces are not, even ideally, stupid: they have to think on their feet at the same time as not arguing with strategic and tactical decisions made by superiors. If you think about why this is necessary in warfare, you should be able to see why this is necessary for the Church militant as well. As with 'corpse-like obedience', the primary application here is not matters of faith, but practical issues. When matters of faith come in, then the problems start.

And so they did. It so happens that the Letter on Perfect Obedience was quoted against the Jesuits in the time of St Ignatius' successor, and the whole issue was investigated by the Holy See. It was pointed out that if Catholics are taught this notion of obedience then they are likely to follow straying bishops and priests into heresy. The great St Robert Bellarmine, a Jesuit himself, addressed this problem as follows:

If the danger in question is to be measured by the obedience of religious, much more should it be measured by the obedience of the simple people, who listen to their pastors or bishops preaching publicly and with all the adjuncta of authority. For although the people take no vow of obedience to their pastors or bishops, they are still bound to obey them according to the teaching of St. Paul. So that, willing or not, they have to render them blind obedience and credence in those things which are not obvious to them already. Of course it can happen that a bishop or priest may be a secret heretic, trying to seduce the people and propagate his heresy. But God Himself and the vigilance of other pastors of souls will not permit this to go on for very long before it is properly referred to the judgment of the Holy See. Moreover, even though somewhere, by God's permission, a credulous people should be easily seduced by their pastor, no Catholic would dare say that therefore the people should be discouraged from obeying their prelates, or should themselves become judges of their pastors, and decide on the doctrine that is being preached to them. We know from present experience among the Lutherans that the danger of heresy is far greater by making this kind of concession to human liberty, than it will ever be from the simple obedience of the people. . . . Consequently, if the ordinary faithful must simply trust their pastors in the things which appertain to God, and render them corresponding obedience and respect, much more should religious obey and be subject to their superiors, perfectly and simply, and in that sense blindly, in whatever does not manifestly contravene the law of God.

This passage, one might say, tells you everything you need to know about the post-Tridentine Church. First, watch out for the caveats: the people 'have to render them blind obedience and credence in those things which are not obvious to them already.' Obedience extends to 'whatever does not manifestly contravene the law of God'. This is not the 'leave your brains by the door' obedience: for all that Bellarmine says the simple Catholic should not 'be the judges of their pastors', they are to judge at least that what these pastors say is in conformity with what they securely know of the faith, what is obvious to them.

But second, the strategy here is not to rely on the education of the simple people to make them more acute judges (to extend the range of what is 'obvious' for them), but to rely on centralisation: appeal to the Holy See. It should not be said that the Counter-Reformation neglected the religious education of the people: on the contrary, never had there been such a mammoth effort of publishing, school-building, and catechising as was put into motion by Trent, above all by the Jesuits. But while vast quantities of sound doctrine were shovelled into the attentive ears of schoolchildren from Tipperary to Shanghai, the culture which emerged seemed to place obedience of thought to superiors above that sensus catholicus which would enable them to withstand a widespread apostacy.

The simple Catholics who resisted the English Reformation despite nearly all the bishops giving way - those who hid the holy images and the old books, and even rose up against the imposition of the Prayer Book - they kept the faith alive in England, and provided a congregation for the Jesuits and other priests when they arrived in England. They did what St Athanasius did, and what good Catholics have always done in resistance to fashionable heresy. But this indomitable spirit was noticably absent in the 1960s and later when Catholics heard teachers and priests teaching faddish rubbish. And, sadly for the Bellarmine strategy, the central authority of the Church had simultaneously ceased to function.

Just one illustrative anecdote. In the dark days following Vatican II Michael Davies heard of a nun giving talks to adults in a parish about the Faith who had taught that there was no real change in the bread and wine at Mass. He joined the audience at the next talk and (not being recognised) asked a question, quoting Pope Paul VI's Mysterium Fidei. The nun was flustered and backtracked. Another audience member stood up indignantly to remind her of what she had said the previous week against transubstantiation.

The point here is that there had been no outcry against this teaching the previous week. The good and well-catechised Catholics present had simply accepted that Vatican II had made some changes and lapped it up. Bellarmine would have been horrified - transubstantiation should have been sufficiently 'obvious'; he had in mind a much more subtle and gradual undermining of the faith by a 'secret heretic'. But these Catholics gave way without a struggle all the same. And thereby hangs a tale.

Pictures: St Robert Bellarmine, Doctor of the Church; bottom, the late Michael Davies. In between, a couple of pieces of crude anti-religious propaganda.
Posted by Joseph Shaw at 2:50 pm