How should we read a blog? 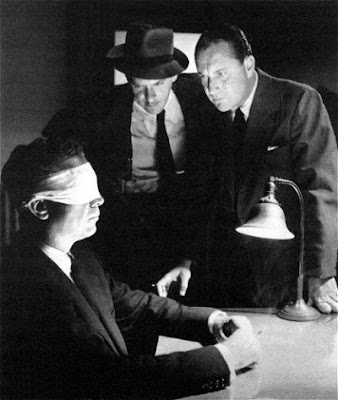 John Hunwicke has announced that his ordination has been 'deferred': the news is over the blogosphere like a rash. Please pray for him. The evening before I read the news I read an account of the life of St John of the Cross to my children: he was kidnapped, beaten and starved by his own confreres, and then after a period of tranquility persecuted again in later life. I'm not saying JH is like (or for that matter unlike) St John of Cross, I'm just saying it can happen to anyone.

The issue is bigger than JH because it undermines the presumption that Anglican clergy who are orthodox and of reasonably sound mind will be ordained into the Ordinariate as priests, and it is an example (not the first) of a blog getting its author into trouble. Over the last few years a number of Catholic priest-bloggers have been rapped over the knuckles in different ways, and of course not just priestly bloggers either. Blogs are dangerous for the blogger because what you write remains public indefinitely; even if you delete it someone else may have copied it. The paradox is that bloggers write very freely, publishing their views several times a week, and it is all archived and searchable.

One problem Catholic bloggers face is that many senior Catholics, including obviously bishops, simply don't understand blogs, but can be shown snippets by anyone fancying himself as a snark (or should that be 'temple police'?) from here or there which can make the author look uncharitable or over the top. I've even heard of comments on blogs getting the blogger into trouble.

This is actually very dangerous for the Church because it reinforces the 'us vs. them' sense that some people (liberals) can get away with anything and others (orthodox Catholics) will be put on the rack for the slightest misdemenour. It is also dangerous because to outsiders who don't understand that distinction it looks like the revival of the Spanish Inquisition: the Anglican Bishop Broadbent, retweeted by the Church Mouse, opined on Twitter 'If you choose to join a monolithic authoritarian institution, you're likely to be told that you can't make criticisms! http://bit.ly/lPALN9' To the tweet in response 'I'd agree, but having avidly read his blog for ages, I cannot see a single instance of dissent from official RC teaching.' Broadbent adds: 'It's never stopped Rome in the past...' Is this good for the Church?

What we bloggers and regular readers of blogs understand instinctively is that things written in blogs, and even more so in comments boxes, are not written in stone. They aren't our most considered opinions, they can be changed in a trice. They aren't heavily researched, there is no time for that, they have to be responsive to events to remain newsworthy. They are not like academic articles: they are more like what we might say in a pub discussion. You come out with something partly to see how it will go down; maybe a student bar would be the best analogy since you know it'll be heard by people who are more interested and informed than average, but also people who will disagree, and even people opposed to your deepest assumptions. We bloggers think we can learn from them too, and we do.

What is written in a Catholic blog should of course not be offensive to pious ears, and should not undermine faith and morals. But just as in a bar you can be betrayed into expressing yourself a little too forthrightly, without the necessary nuance and caveats, so on blogs too we may be a little hasty; in both cases we will object to critics on the bar stool or in the comms box or on other blogs but we will note what they say too, and maybe express ourselves more carefully next time. After all we are all students. Remember that no Catholic under 50 has been properly catechised (now there's a generalisation for you!) and we need the stimulation of blogs to widen our understanding of the faith, conscious of our limitations but also unwilling to let error reign unopposed. Let us not judge each other by our lightest word.

But let us pray for John Hunwicke, for his good and for the good of the Ordinariate or Our Lady of Walsingham and the Church.