Sex abuse and the permissive 1960s

There has been a lot of coverage of the new CTS booklet on the sex abuse crisis in the Church: The Sex Abuse Crisis and the Catholic Church, by Dr Pravin Thevathasan. In it he describes a number of factors which contributed to the crisis; a key one was - pretty obviously - the sexual revolution of the 1960s which was not resisted successfully by the Church: as we all know, the Church's teaching against contraception was not vigorously promulgated in the years before Humanae Vitae in 1968, nor in the years after it, and something similar is true of other areas of the Church's teaching on sexuality. Generations of seminarians have been told to 'lighten up' if they have traditional views on sexual morality. 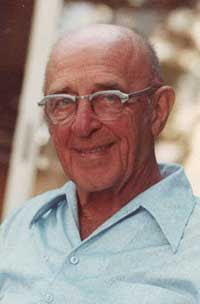 The Tablet represents, if any publication does, the views of those who did and still do not want to see the Church's teaching on sexuality properly taught to children, inculcated to seminarians, and enforced through canon law on priests and religious. Dr Thevathasan's book must make for unconfortable reading for them, and last week The Tablet's news report on the book quoted Fr Brendan Callaghan SJ making what might seem to be a good objection to it: a large proportion of the priests comitting abuse in the 1970s and 1980s were educated and ordained before the permissive 1960s could have an effect on seminary education. (The same is true, of course, of the many priests who left the priesthood in order to marry during those decades.)

Dr Thevathasan has answered this objection in a letter The Tablet has published only in the 'Letters Extra' section of their website, so here it is for a wider audience. Priests, along with Catholic catechists and school teachers did not have to be educated in the 1960s to feel its effect, since there were extensive programmes of re-education after the Second Vatican Council to bring them up to speed on the latest rubbish.

In my forthcoming CTS booklet on "The Catholic Church and the sex abuse crisis", reported on by Christopher Lamb (News, 4 June), I suggest that while it would be wrong to claim a single cause for the crisis, the introduction of psychological theories proposed by Carl Rogers needs to be considered as a contributory factor. 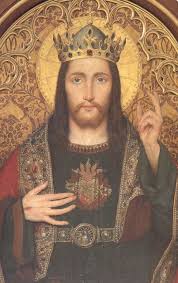 William Coulson was a colleague of Rogers' who conducted Sensitivity Training workshops in numerous religious institutions in the 1960s. He later rejected humanistic psychology and claimed: "My theories have made priests feel good about being bad ... The Franciscans were so enamoured with our psychology that they introduced it to Saint Anthony's Seminary in Santa Barbara. Years later, 11 or 12 friars were accused of molesting 34 high school boys. I'm afraid that we planted the seeds and they carried the seeds to the next generation and they germinated." Seeds planted elsewhere would presumably have germinated in the same fashion.
There are many problems with humanistic psychology and this includes an absence of a moral framework. Coulson claims that Rogers himself rejected humanistic psychology by saying " I greatly underestimated the reality of evil. I hope Rogerian theory goes down the drain."
Dr Pravin Thevathasan, LondonYou can see a summary of Dr Coulson's ideas here; better still download an MP3 talk by him here. It is an eye-opener.

Pictures: Carl Rogers, whose teachings replaced those of Our Lord as the basis of thinking about sexuality for 'progressive' Catholics in the 196os.