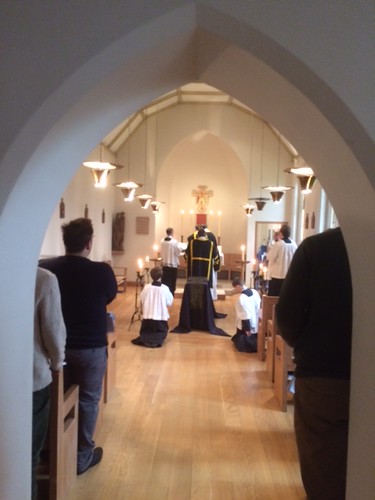 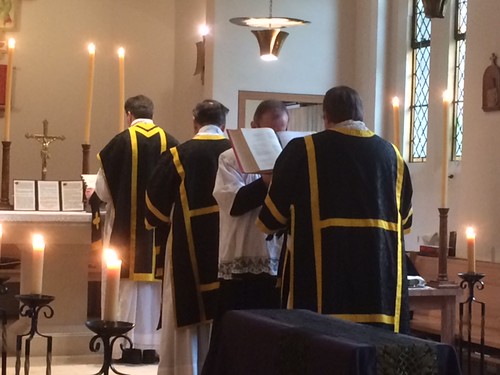 It is celebrated by Fr Edward van der Burgh, was is an alumnus and indeed a former JCR President.
He was joined by Fr Gabrial Diaz as deacon, and the Rev Mr Philip Prince, a permanent deacon based in the parish of SS Gregory & Augustine up the road. 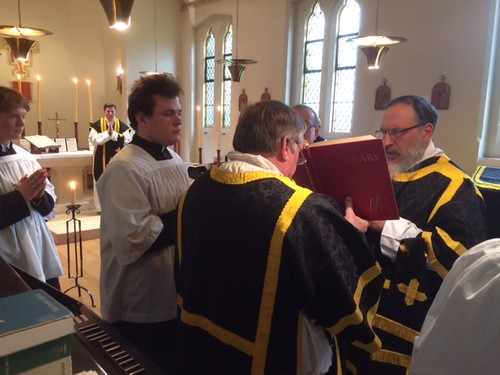 We had an impressive serving team (of six) and a good-sized schola (of eight), the latter led by Thomas Neil, now living on the Isle of Wight. 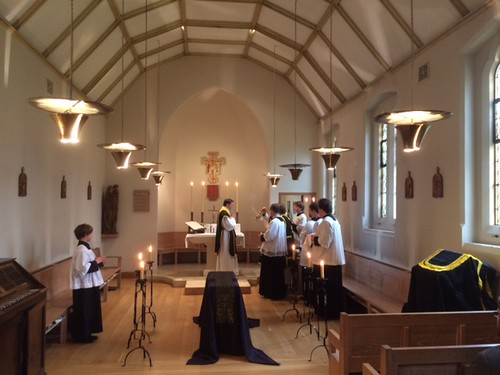 There isn't a great deal of room for the ceremonies, but the clergy managed. It isn't a big chapel but the real problem is the way it has been re-ordered. I bring in a specially-built wooden platform to replace the missing footpace. The altar is also so small we can't fit more than four candlesticks on it. However, it went very well and the dead, former students, staff, and benefactors, were I am sure happy that we made the effort to celebrate Mass for them with solemnity. 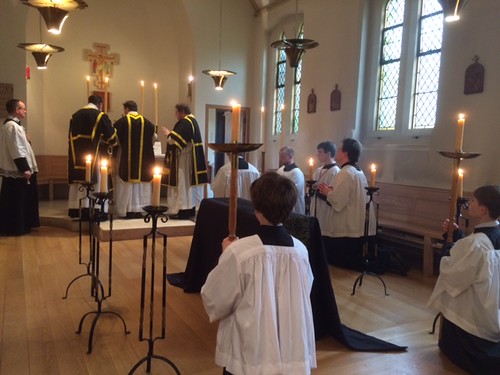 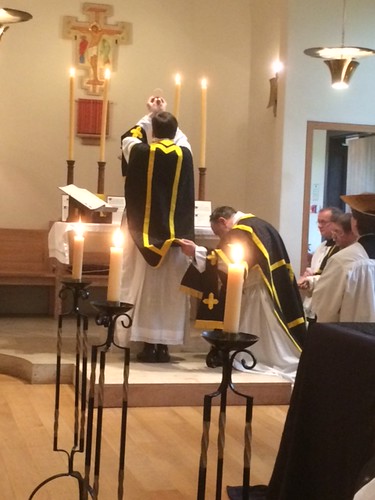 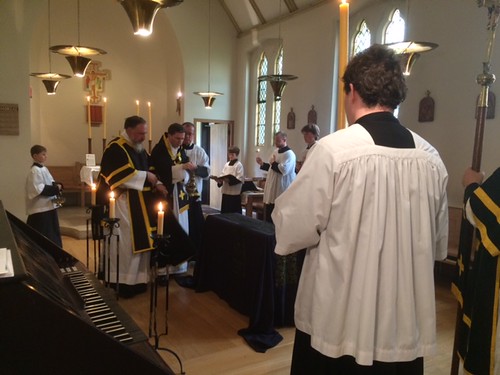