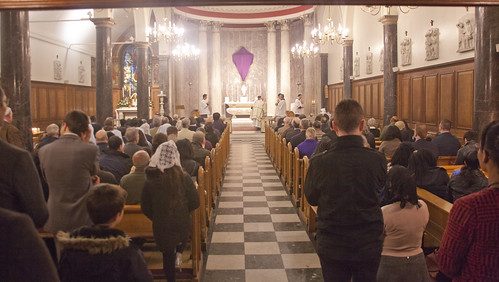 Each year the Latin Mass Society organises Easter Triduum services in London. For the last few years this has included all three Tenebrae services as well as the Mass of Maundy Thursday, the Solemn Liturgy of Good Friday, and the Easter Vigil. These are taking place in St Mary Moorfields in Eldon Street in the City of London. 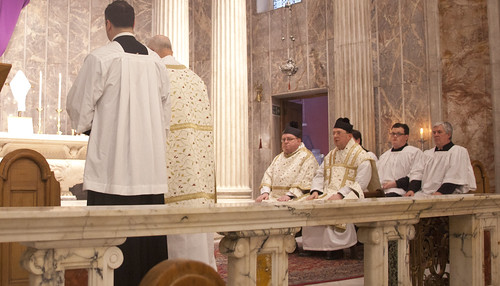 I was part of the liturgical schola for the first two Tenebrae services, and was able to attend the Mass of Maundy Thursday: and for the first time ever I found myself conscripted into the group having their feet washed. 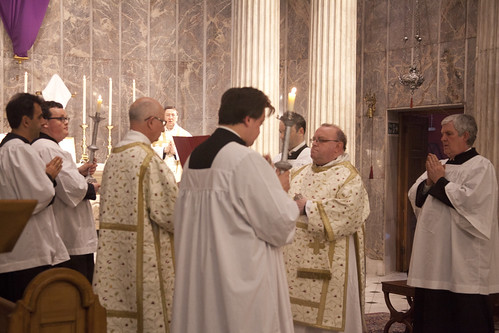 The church was packed for Maundy Thursday, with many standing at the back. I advise readers intending to go to the Easter Vigil to come early: if they want a seat. (Although you then have to leave the church for the blessing of the Easter fire.) 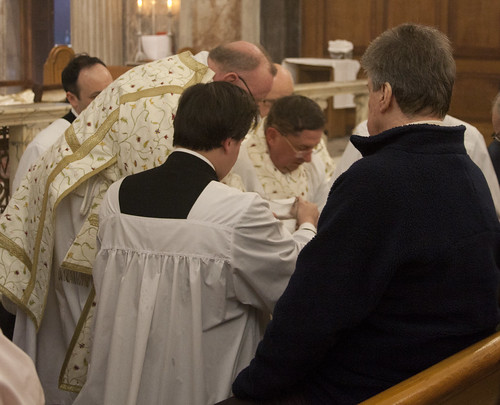 Here are some photos from yesterday (Thursday). The Celebrant was Fr Michael Cullinan, who was assisted by Fr John Hemer (as Deacon) and Mgr Jamieson (Sub-deacon). 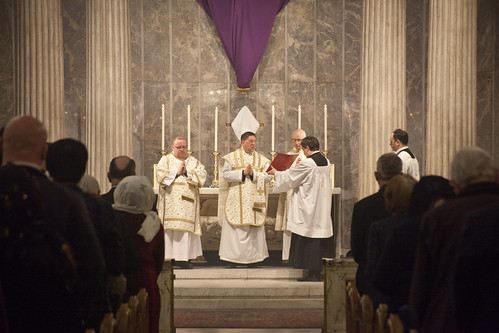 All the services were accompanied by Cantus Magnus directed by Matthew Schellhorn, which performed Gesueldo's stunning responsaries for Tenebrae and Tallis' Mass for Four Voices at Mass: for the full list of pieces sung see their website here. 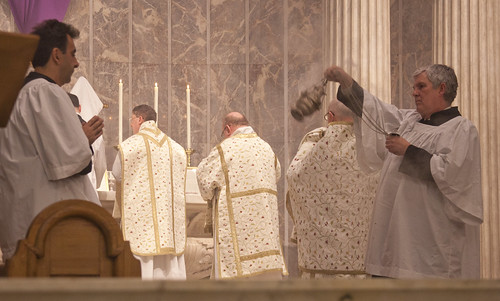 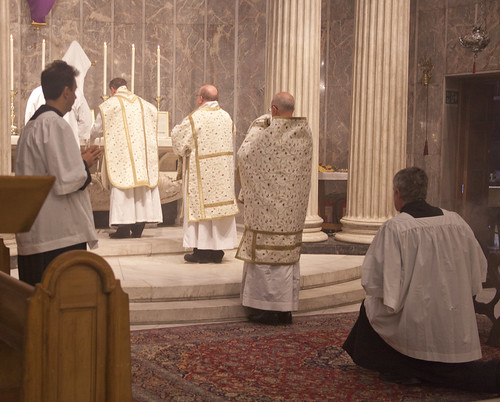 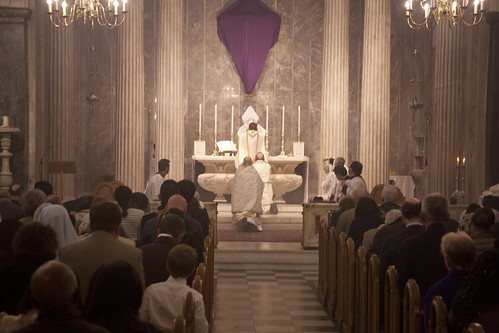 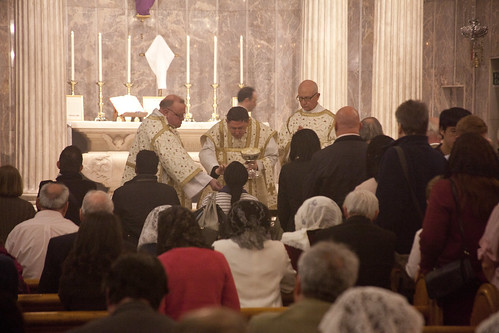 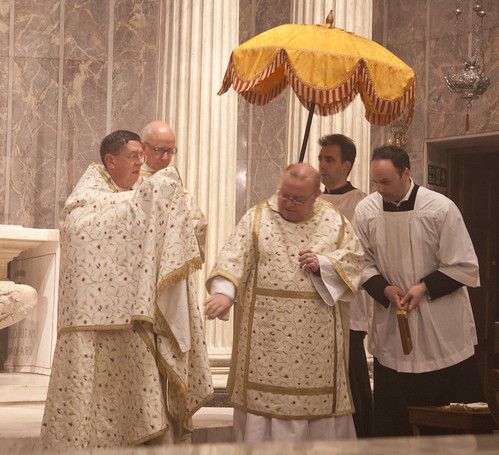 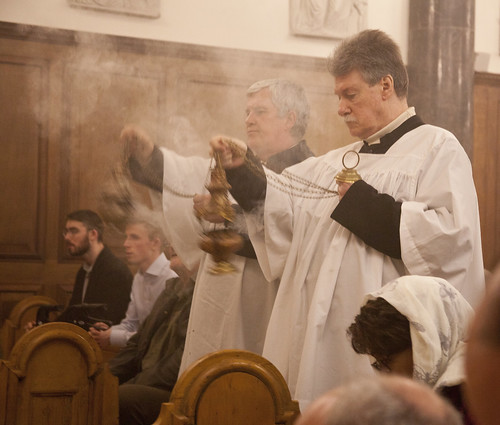 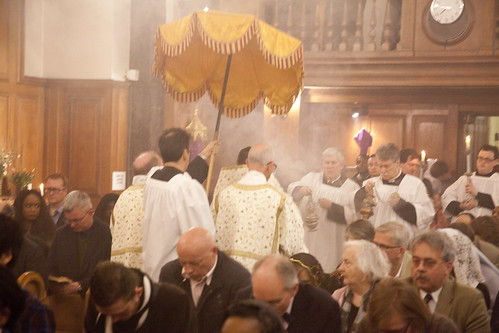 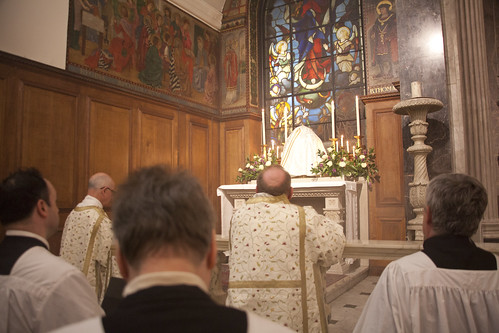 Above: the Blessed Sacrament is taken to the Altar of Repose. Below: Tenebrae. 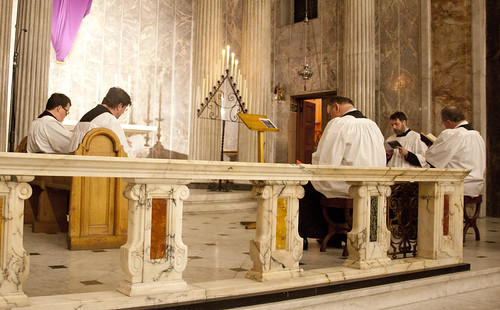 Support the work of the LMS by becoming an 'Anniversary Supporter'.
Posted by Joseph Shaw at 5:45 pm