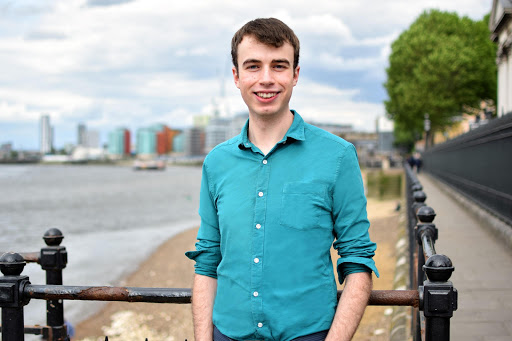 ** WINNER OF SCHELLHORN PRIZE FOR SACRED MUSIC COMPOSITION 2020 ANNOUNCED **
The winner of the Schellhorn Prize for Sacred Music Composition 2020 has been announced.
Young composer Dominic Veal wins £400 and a World Premiere performance of his work in London’s St Joseph’s Convent Chapel, Canning Town, on Christmas Eve by ensemble Cantus Magnus.
Dominic, 25, is a former student at Trinity Laban Conservatoire of Music and Dance whose composition teachers have included Errollyn Wallen CBE and John Ashton Thomas. His piece, Dormi, Jesu, will be performed by vocal ensemble Cantus Magnus, whose Patron is Sir James MacMillan CBE.
Three other composers received Honourable Mention for their entries: Paige Halliwell (b. 1998) for Ecce Novum Gaudium, Tom Duggan (b. 1998) for Resonet in Laudibus, and John Sturt (b. 1995) for O beatus ortus ille.
Classical pianist Matthew Schellhorn founded the prize in 2014 to foster artistic endeavor and encourage excellence in the Sacred Liturgy. Matthew said:
Founder and Chairman Matthew Schellhorn writes: “Dominic Veall is a very worthy winner whose work Dormi, Jesu impressed the distinguished panel of judges. I am delighted he follows in the footsteps of Marco Galvani, our first winner, to provide a truly memorable piece, which the congregation will enjoy on Christmas Eve, and which expands the repertoire of Sacred Music in the best possible tradition. This year’s award is particularly poignant as the Covid-19 situation has seen a hugely detrimental effect on the arts sector, and musicians have been amongst the most adversely impacted. I hope this prize has provided an incentive to be creative. I want to thank all the composers who entered, the judges for their contributions, the Latin Mass Society and its Chairman Dr Joseph Shaw for its support, and all those who donated to support the Prize itself.”
Chairman of the Latin Mass Society, Dr Joseph Shaw, said: “The Latin Mass Society is delighted to be associated with the prize, to encourage young composers to think about devotional Latin texts and the tradition of devotional and liturgical music. Mr Veall's piece and the earlier winning entry demonstrate that this inexhaustible tradition continues to find expression in new musical idioms, with something fresh to say.”
Support the Latin Mass Society
Posted by Joseph Shaw at 9:51 am