Mass at the Irish Cultural Centre in Paris 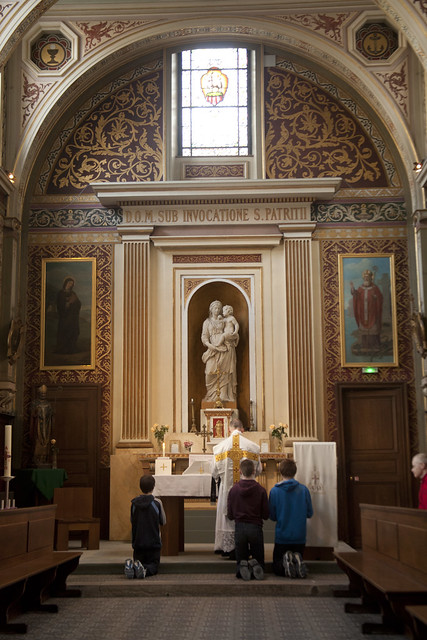 Pilgrims on the chapters from England and Wales, and from Ireland, travel to Paris the afternoon before the early-morning start of the Chartres Pilgrimage. This year we got together for Mass that evening, in the Irish Cultural Centre: the old Irish Seminary in Paris. 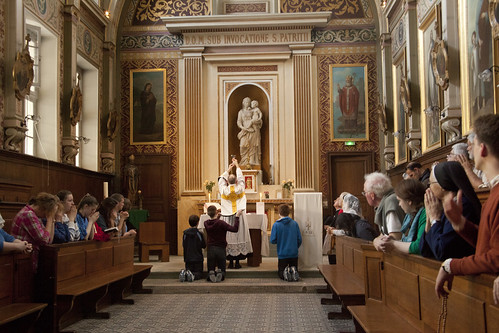 The chapel is lovely. Sadly the original Altar has been rendered unusable; the step has been cut away to make room behind the 'forward' Altar. Nonetheless, we had a very nice Low Mass there before heading off to local eateries. 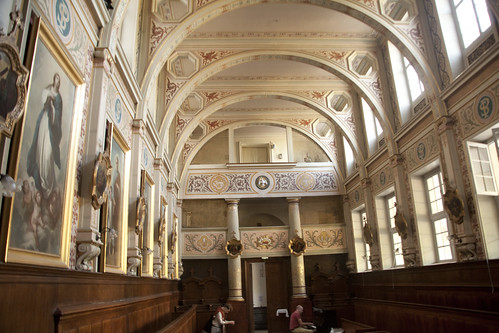 Here are the Irish pilgrims. For reasons of inscrutable French organisation, we camp with the other non-French groups but don't walk anywhere near them, so it was good to meet up. 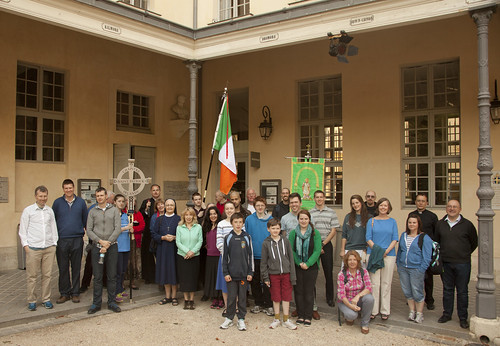