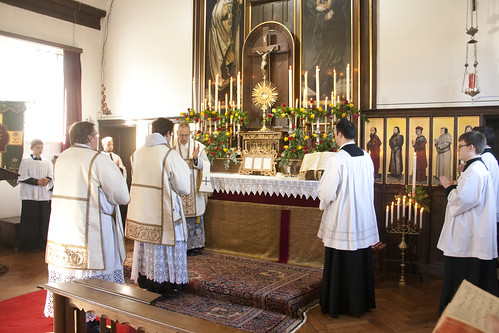 I don't think anyone could accuse Oxford's Catholics of belittling the feast of Corpus Christi. On the Thursday, there were two Traditional High Masses, and on the Sunday there was the long-standing annual Blessed Sacrament Procession through the streets of central Oxford. 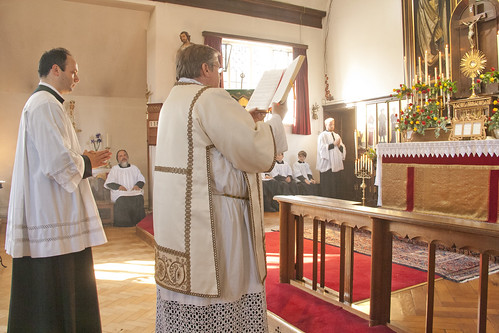 I have photos here of only one event, the High Mass before the Blessed Sacrament Exposed at SS Gregory and Augustine's in North Oxford, where I had the privilege of singing. This included a procession around the grounds and Benediction. Fr John Saward, the celebrant and Priest in Charge of the parish, was assisted by the parish's permanent deacon, as subdeacon, a Benedictine student, as deacon, and also by another priest, Fr Gabriel Diaz. 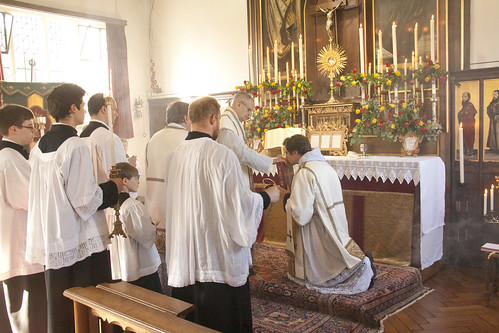 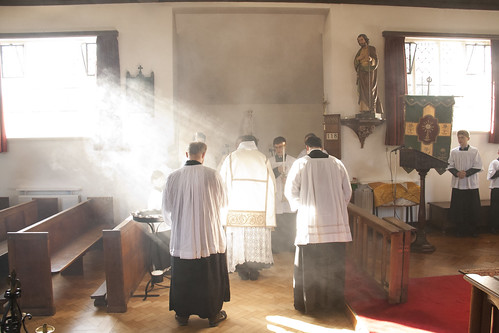 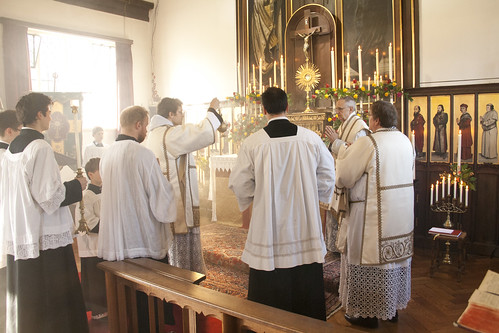 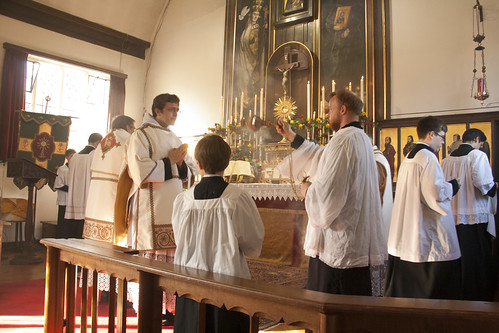 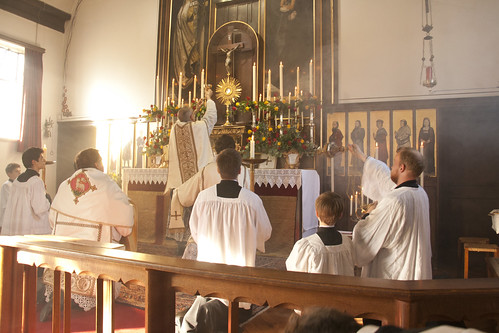 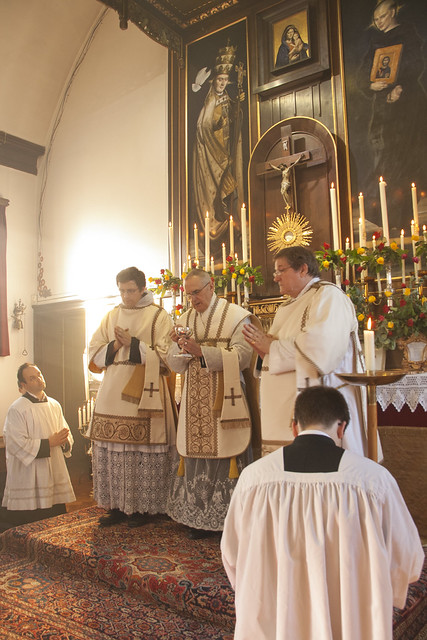 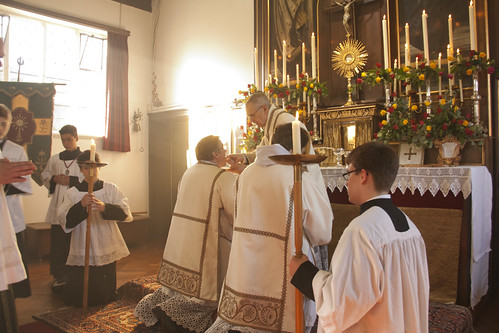 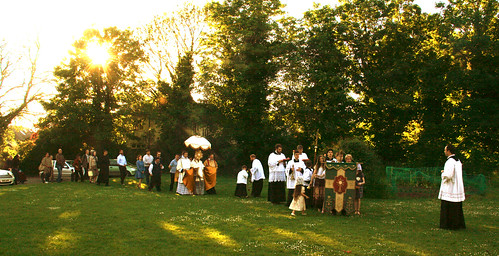 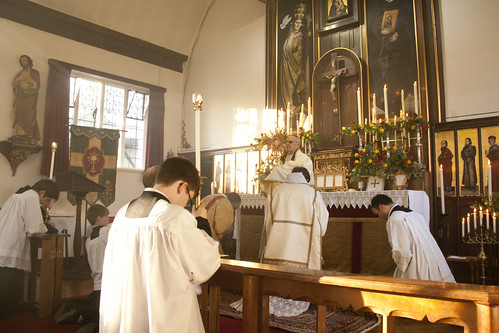