The Economist on the man crisis 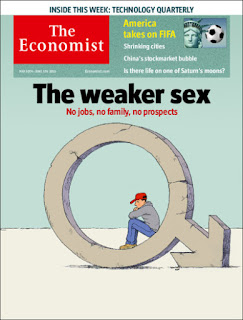 A short time ago The Economist reported on the OECD report on the 'man crisis': a statistical report on how boys are falling behind in school, women outnumber men at University, and so on, which I blogged about here. Clearly stimulated by this, the current issue's cover story is a five-part 'essay' (an odd genre for The Economist) on men, entitled 'Manhood', with an accompanying Leading Article.

It's not as enlightening as one might hope; it is anecdotal and rather meandering. It has some amusing little titbits, like this:

Some liberal Scandinavian men find their new roles demoralising. Karl Ove Knausgaard, a Norwegian novelist married to a Swede, writes of walking “around Stockholm’s streets, modern and feminised, with a furious 19th-century man inside me”.

But the overall tone and conclusion have interest as an insight into how a deeply 'establishment' and conventional publication, with a socially and economically liberal angle, sees the problem. (The same issue contains a ferociously anti-Catholic diatribe about abortion in Latin America; this certainly isn't part of a socially conservative echo-chamber.)


First, it acknowledges that there is a problem. The Economist respects numbers, and the numbers speak of high unemployment among working class men, who fell behind and dropped out at school, and an absence of the same men from the lives of children growing up. The women who provide the vox-pop insights are quietly furious about the situation.

Teena Davison, a cook in Tallulah, is raising four children on her own. One father is in Texas; the other is nearby but disengaged. “Sometimes they help out but basically I do it all,” she says. She gave up trying to make either man do his share. “I don’t want to go through it because they constantly lie, you know, tell the kids I’m going to get you this and never get it.” So, she says, “I don’t even bother with them [or] make a big fuss about it.”

Second, it analyses the problem historically in terms of two factors: the decline of low-skilled but reasonably well-paid blue-collar jobs, and the transformation of gender roles under the influence of feminism (and the Pill). They are hard to disentangle because they happened at the same time. It is not clear what the first has to do with it, however, since male unemployment often coexists with plentiful job opportunities, opportunities taken up overwhelmingly by women. Employment is only a problem because of gender roles and expectations - because of the kinds of jobs men prefer, or are better at doing.

Which brings us to the third point, the diagnosis. Essentially, the essay is a long wail about the fecklessness of working class men. At times it reminded me of the Private Eye spoof female columnist, 'Polly Filler', complaining about her partner, 'useless Simon', who watches TV all day. Men are workshy; they don't commit to their partners and don't look after their children. They fail to get the skills necessary to the modern economy. They drift from job to job, and in and out of unemployment. A bit more of this and we'll be told that the real problem is a moral one: men are just bad people. That wouldn't be The Economist's style, but that implication is not far away.

So what is The Economist's magisterial conclusion?

A. Things have changed, and it is good because these changes help women achieve what they want: the availability of service-sector jobs, control over their fertility, the ability (used by an alarming number of the interviewed women) to end relationships at will by chucking the man out of the family home; social pressures on men to do the washing up, and so on. Things are continuing to be changed more in the same direction by government intervention, on maternity and paternity leave for example.

B. Working class men need to change themselves to adapt to the new situation: they need to embrace the new role which feminist ideology assigns them, because they'll find, like at least some middle class men, that they can be happy that way.

I'm not making a judgement here, just an observation. There's something a little odd going on. Of course it might all make sense if the desires of the women were right, and those of the men were wrong. 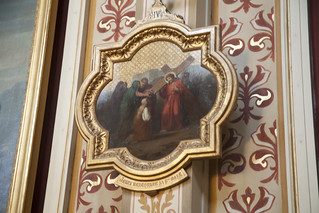 But here's something else. As a free-market oriented publication, The Economist is usually very interested in incentives and bargaining. The working class men they are talking about are rational agents: they are responding to incentives. The change in behaviour The Economist describes from the hard-working, dependable working class men of yore to the selfish layabouts to today - both stereotypical generalisations, but with a grain of truth - is, therefore, a response to incentives. The Economist's powers of economic analysis seem to have deserted it here, however: the articles display no interest in how useful incentives could be restored in some form. It is common in articles about crime to see discussions of how to change the prospects and incentives of criminals; but working class men are clearly in another, lower, though sadly overlapping, category. Because what they want, what would incentivise them to work hard and be committed to their families, is something worse than the rewards of crime. It is Patriarchy.

The dead hand of male domination is a problem for women, for society as a whole—and for men like those of Tallulah. Their ideas of the world and their place in it are shaped by old assumptions about the special role and status due to men in the workplace and in the family, but they live in circumstances where those assumptions no longer apply.

Well, call it 'domination' if you like: when men went out and worked in physically exhausting and frequently dangerous jobs to support a wife they couldn't leave and who would not make a financial contribution to the home. 'Exploitation' is another word that comes to mind. But what astonished me, and clearly the author of the essay, is that the men interviewed still articulate the old ideal. The two quoted men both have illegitimate children with women with whom they do not live, but they still come out with this stuff:

“Being a man means supporting your family,” says Mr Davis. “You’ve got to do whatever it takes so they eat, [or] you’re no man at all.” Being a man, says Mr Redden, means you “work hard, provide for your kids, have a car and [maybe] get your own house some day.” Mr Davis goes further: “If I have kids and my woman has to work, that’s not what a woman should do. She should be home with the kids.”

There is, to put it mildly, a disconnect between these ideas of a man’s role and the reality of life in Tallulah. The busy women of Tallulah are far from rich, but they are getting by, and they are doing so without much help from men.

Yes, these women are getting by - but they are not exactly happy about the situation, and they are right not to be. 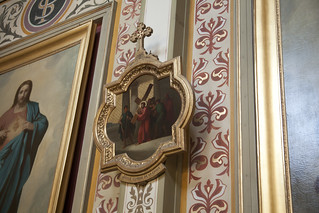 Some hard-up mothers have all but given up hope of finding Mr Right. They strive to become financially independent and insist on controlling their own households, notes Ms Sawhill. “They often act as gatekeepers, by denying a father access to his own children.”

Single motherhood is much better than living with an abusive partner. But the chronic instability of low-income families hurts women, children and men. The poverty rate for single-mother families in America is 31%, nearly three times the national norm. Children who grow up in broken families do worse in school, earn less as adults and find it harder to form stable families of their own. Boys are worse affected than girls, perhaps because they typically grow up without a father as a role model. Thus the problems of marginalised men tumble on down the generations.

What we have instead of Patriarchy is a social model which is totally dysfunctional. Men are four times more likely to kill themselves, comprise 93% of the prison population (in the USA), and are twice as likely to vote for extremist political parties (in Europe). Women complain they can't find a man to settle down with, and too many bring up children in financial and emotional poverty.

Looking at it from a rational choice point of view, what the old system offered was a big reward for massive investment by men. The reward was domestic happiness: security, comfort, and respect. If that was available today, working class boys would have a reason to work hard at school to get the skills which are rewarded in the job market of today, and working class men would have a reason to adapt themselves to the service economy, just as their forefathers lived through, and adapted themselves to, the wrenching changes of industrialisation and urbanisation, not to mention, in America, of migration. This reward, however, is not available any more: regardless of the man's investment, the existence of children, or the legal status of their relationship, the woman can pull the plug on it at any moment, deny him access to the family home and children, and take a share of his future earnings. And women frequently do these things. Furthermore, the contrasting fate of the feckless, of extreme poverty, even starvation, and loneliness, don't have the same motivating power, because of the welfare state and casual sex. 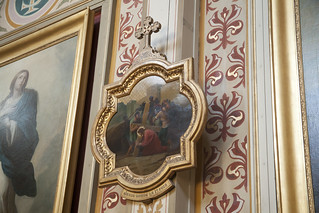 You can't transform incentives in this radical way and not expect to see changes in behaviour. From a rational choice point of view men have no reason to make the traditional investment in a family, and therefore even in themselves in terms of education and skills. Instead, they have a series of relationships but need to stay light on their feet and ready to move on. The result is a system which doesn't fulfill men's deepest yearnings, but is also extremely tough on the women.

The changes aren't the fault of the women interviewed in the essay. They are responding to incentives as well. If we must assign blame, it must be laid on politicians and judges who have, over the decades since 1960, completely destroyed marriage as a dependable investment prospect, and haven't finished with it yet.

But then, perhaps it is easier just to blame the men. I mean, heck, they are all layabouts, aren't they?

Photos of the Stations of the Cross from the Chapel of St Patrick, at the Irish Cultural Centre in Paris. A traditional role model for men.