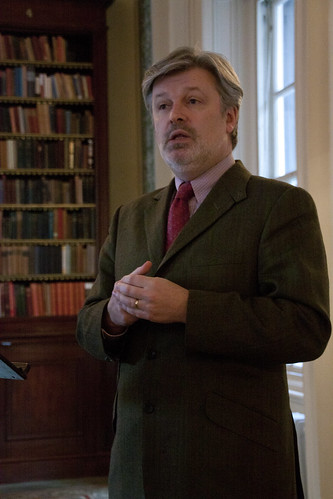 Knighted in the Queen's Birthday Honours, Sir James MacMillan is a Patron of the Latin Mass Society.

Our heartfelt congratulations for this much-deserved honour. He was made a CBE in 2004.

Sir James is a composer of international reputation, and his passion for Catholic sacred music is reflected in his tireless work in his own parish in Glasgow. He is an inspiration for all Catholic musicians.

This photograph shows him speaking to a meeting of the Gregorian Chant Network, an umbrella group for chant choirs sponsored by the Latin Mass Society.