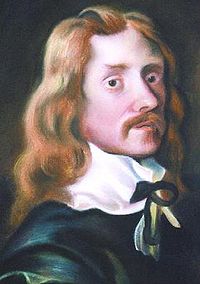 This weekend is our first ever pilgrimage to Wrexham Cathedral to honour St Richard Gwyn, who was martyred in the town and whose relics are in the Cathedral.

We will have a High Mass celebrated by Prior Mark Kirby in the Cathedral at 11am, followed by time for lunch (bring your own), and Benediction and veneration of the relic.

The Cathedral of Our Lady of Sorrows, Regent Street, WREXHAM, LL11 1RB: click for a map.
St Richard Gwyn is one of the Latin Mass Society's two patron saints; the other is St Margaret Clitherow. Both were laity, who in their different ways kept the Faith alive during the dark days of Penal Times.

A brief account of his life, culled from the Catholic Encycolopedia.


Born at Llanilloes, Montgomeryshire, c.1537; executed at Wrexham, 15 October, 1584. Studied in Oxford and St. John’s College, Cambridge, till about 1562, when he became a schoolmaster, first at Overton, Wrexham, and other places, acquiring considerable reputation as a Welsh scholar. He had six children by his wife Catherine, three of whom survived him. For a time he conformed in religion, but was reconciled to the Catholic Church at the first coming of the seminary priests to Wales. He was arrested more than once, and from 1579 he was kept in various prisons, underwent a number of trials, was tortured, and even forcibly carried to a Protestant service. He was found guilty of treason in Wrexham on 9 October 1537, and sentenced the following day. His life was offered him on condition that he acknowledge the queen as supreme head of the Church. His wife consoled and encouraged him to the last. Five carols and a funeral ode composed by the martyr in Welsh have been discovered and published.

There's more info on the BBC website here, including the incident in which, when forcibly taken to an Anglican service, he clanked his chains so noisily that he drowned out the preacher.

Support the work of the LMS by becoming an 'Anniversary Supporter'.
Posted by Joseph Shaw at 5:58 pm