War among the trolls 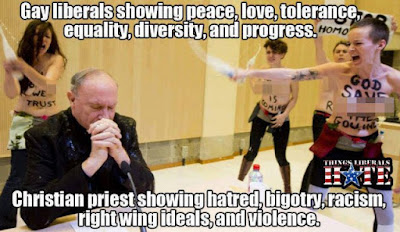 Every time something scandalous happens in the Church, whether it be a bishop, priest, or prominent lay person who does something public which is objectively and seriously wrong, or says something objectively contrary to the teaching of the Church, reports and comments on events are decorated, so to speak, by people who will foam at the mouth in comment boxes and on Facebook about sinfulness.

It is annoying that people like that should call themselves Catholic, it might bring the Church into disrepute among those extremely naive about social media, but the reality is that trolls attach themselves to every cause and the Catholic ones are not the worst. Those with powers of moderation on social media platforms should switch them off. They don't tell us anything about the health of the Church, or the nature of debate. Nevertheless, they exist; let's call them 'rigorist trolls': they want to enforce the rigour of the law.

What needs to be remembered is that there is an opposing group of foamers who say that it is the people reporting and commenting on the stories, as well as the rigorist trolls, who are causing scandal, simply by talking about the sins of others. We are being judgmental, giving a bad example, dragging the Church down. This can be illustrated by the comments on recent posts of my own, although the juiciest ones have been deleted by their authors after, I suppose, a fit of conscience (or perhaps just a fit of common sense). Let me bring one back to life, the brainchild of a commentator calling himself 'Anselm Strudley', complete with typos and sentences which don't make sense.

Those who publicly slander, destroy or even act uncharitably towards others are no better than those they criticise themselves. Truly horrific that you so called 'Christians' can act in such a contrary manner to that taught by Our Lord. Take one good long look at yourselves before those you publicly hate. People are not joining the church because of the actions and intensions to destroy or hurt someone else.. You all need to evaluate yourselves and get rid of that lig in your eyes!

These passive-aggressive attacks on those talking about scandalous words and actions are, at least on my blog, far more numerous than over-the-top attacks on the source of the scandalous words and actions. They are the trolls of the liberal wing of the Church, who model their rhetoric on the people who accuse the most sweetly-reasonable opponents of same-sex marriage of being 'haters', and threaten to kill climate-change sceptics. In the Catholic context, we can call them 'laxist trolls'.

It is important to point out the symmetry here, and also the limits of the symmetry. In both cases we are faced by people who are delighted to find, as they imagine, a moral justification for being as rude and uncharitable about others as they like. Trolls are set free, psychologically, by moral views so lacking in nuance that the absence of facts about a case is no hindrance to them, and also by a sense of safety in numbers, reinforced by (partial) anonymity.

This may seem to apply to the rigorist trolls more than to the laxist trolls. The latter are, after all, appealing to us to stop coming to over-swift judgement. But that is not all they are doing, and here the 'laxist' description fails us. They are also condemning, with the utmost severity, those who are talking about the moral law.

It doesn't take much mental effort to see, in fact, that while the views of rigorist trolls may be exaggerated, uncharitable, or ill-informed, those of laxist trolls are self-defeating. What they are saying, in as many words is, 'No one is justified in accusing another of sin, so the people who make these accusations are committing sin.' They don't seem to notice that they are themselves saying that a certain group of people is guilty of sin: not the original subject of the news story, but the people commenting on it in a way they don't like. It follows that they themselves must be sinning in doing this.

Putative sinner A is criticised by B; B is criticised by C on the grounds that all criticism is wrong. So C neatly puts himself in the same category as B by the very act of saying that this category, of making a criticism, is wrong.

It is a saying among conservative Catholics that liberals think that there is only one commandment: 'be nice!'. But even this doesn't explain what is going on, since the laxist trolls are very far from being nice to those they criticise. To be really coherent, they would have to admit what they may will think, that sexual and financial sins, and sins against Faith, are not sins at all, at least not when committed by liberals. However, that would be to open a debate they are not at all confident of winning.