Rogue bishops and Traditional Institutes: Letter in The Tablet

Last weekend The Tablet's man in Rome, Christopher Lamb, noted that Pope Francis was taking away the prerogative of bishops to found religious institutes, orders, and communities, or at least circumscribing it, by insisting that in each case they get permission from Rome.

It sadly reflects the intellectual and journalistic standards of The Tablet the Lamb goes on to try to make this a stick to beat the Traditional Institutes and orders, and uses the Franciscan Friars of the Immaculate to do so.

This ruling is clearly targeted at the large number of traditionalist religious orders that have sprouted up in recent years, many of them exclusively celebrating the sacraments in the pre-Vatican II Old Rite. Many of them do good work but there are suspicions about others.


Take the Franciscan Friars of the Immaculate, a traditionalist offshoot of the Franciscans, founded in Italy in 1990. The order became embroiled in an internal row over the liturgy with concerns they were becoming too exclusively traditionalist and both Benedict XVI and Francis launched inquiries into them. This Pope was particularly tough and banned them from celebrating the Old Rite liturgies without special permission, a move which angered traditionalists.

The train of thought is bizarre, because the FFI simply doesn't come into the category Lamb is trying to generalise about: it did not 'exclusively celebrate' the Traditional Mass, or even come close; it is not a foundation of 'recent years'; and it is not a diocesan institute: it was answerable directly to Rome and the Congregation for Religious, as anyone who has been following events has been all too aware.

They have, with a number of slightly irritating textual changes, published my response this weekend.

Christopher Lamb (View from Rome, 28 May ) notes that in future bishops will need to consult the Vatican before establishing new religious orders in their dioceses. He suggests that some problematic foundations of “recent years” have been exclusively committed to the Traditional Mass, and refers to the Franciscan Friars of the Immaculate (FFI).

Since, as the article itself notes, the FFI was founded as long ago as [in] 1990, and was not, and never had been, and was never proposed to be exclusively committed to the Traditional Mass, it is hard to see why Lamb uses the FFI as an example of this alleged phenomenon. As a matter of fact, It was not an Institute of Diocesesan Right either; it gained “pontifical” status from the Vatican in 1998, and has operated since then in more than two dozen countries.  When it had been established at the diocesan level, this was done after careful consultation with Rome.

The Vatican’s involvement in the establishment of institutes and communities that really are committed to the Traditional Mass is usually even closer. The Fraternity of St Peter (founded in 1988) became a “pontifical” institute from its very foundation. It was not just with the good will, but at the direction, of the Holy See that the Apostolic Administration of St Jean Vianney was established in Campos, Brazil (2002), the Institute of St Philip Neri in Berlin (2003), the Institute of the Good Shepherd in Bordeaux (2006) and the Sons of the Most Holy Redeemer in the Orkneys (2012).

The growth of religious institutes and communities using the Traditional Mass [Their growth] has been carefully cultivated over many years at the highest levels of the Church.

What I didn't mention is that the Vatican's involvement with the groups I listed was inevitable, because they all involved priests, and often seminarians or novices, who were previously not in good canonical standing with the Church. Suspensions had to be lifted, faculties granted, places of worship regularised. Other traditional institutes have been founded by priests from ordinary dioceses or existing communities, and that could be done without any heavy lifting from Rome. This is where Lamb has it so completely backwards: not only has the growth of traditional institutes not happened behind Rome's back, but in the very important cases I listed it would have been completely impossible without sometimes very generous and unusual acts, on Rome's part, to clear away obstacles, and indeed, in more than a few cases, to overcome the lack of enthusiasm of local bishops. If Lamb was a bit better informed, he might have put a very different spin on things. 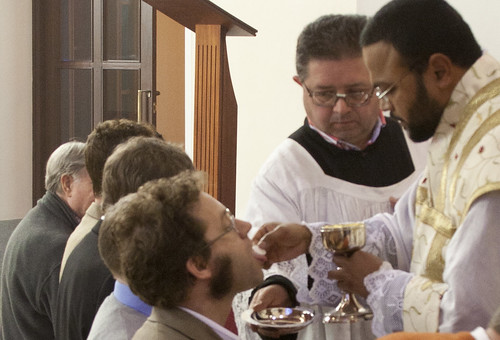