Will gays be told not to provoke Muslims? 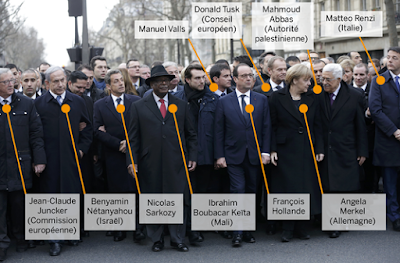 After the Charlie Hebdo massacre, it looked like the whole world--except Barak Obama--rallied to the cause of free speech.

Obama was already getting ready for the next stage in the process of adjustment to the atrocity, however. This is to say that, really, free speech shouldn't be used to criticise Islam. At any rate, he has never used his own right of free speech to do such a thing.

A number of Catholic commentators, including Pope Francis, were roundly criticised for taking a more nuanced view. While the massacre was a terrible crime, the things published by Charlie Hebdo should not be supported or encouraged, and countries which have restrictions on that kind of thing (including most western democracies) are not entirely wrong. On the other hand, it is a quite different question whether we should be free to criticse Islam as a religion.

The secularists seem to swing between saying that depicting Mohammed having unnatural sex is a good thing, to be protected at all costs, and saying that no-one should be allowed a rational discussion about the contents of the Koran. A sensible society would do the second but not the first. One reason why there is a market for the first is that the second is neglected.

How are reactions to the Orlando shootings going to play out? First, of course, a whole lot of people will double down in their support for gays and public displays of the gay lifestyle. But in a world where wearing Mexican hats is not allowed because of the offence which might be caused to entirely fictitious hyper-sensitive Mexicans concerned about 'cultural appropriation', how long is it going to be before gays are told not to kiss in public, to avoid the rather more real possibility of scandalising Muslims?

One -- not the only -- reason gays kiss in public is, of course, precisely to annoy people who don't approve of the gay lifesyle. Gay Pride events take this principle to extremes which would appear to infringe standard public decency laws. It is perfectly reasonable to ask that these laws be enforced, and if necessary strenghened, not as a response to terrorism, but just because it would be the right thing to do.

Are the secularists now going to join the dwindling band of Christians asking for this? It will take a little time for this to happen, but I wouldn't be surprised if it did in the end.

Just to be ready for this when it happens, please note: it is reasonable to restrict public displays of affection and nudity, because these (according to the gravity, the time and place, the context etc.) can be objectively offensive; it is not reasonable to restrict public symbols of the Christian religion, like crosses, because these are not objectively offensive. The problem with the secularists is that they don't want to appeal to this distinction.

Support the work of the LMS by becoming an 'Anniversary Supporter'.
Posted by Joseph Shaw at 10:35 am