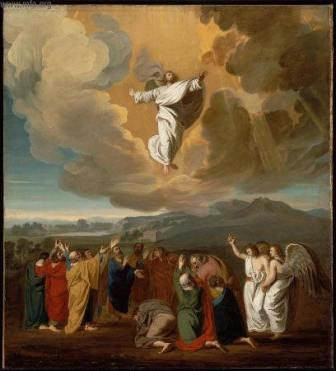 The newly formed Juventutem Oxford group will be having a Mass followed by a meal together on Friday 3rd June.

Mass will be in SS Gregory & Augustine, it will be Sung, at 6pm. It will be accompanied by the Schola Abelis.

The Mass formulary - the prayers and chants - will be the same as for the Ascension, 'Viri Galilaei'. So if you don't get to the Ascension at 12.15 in the Oxford Oratory (which will be Low), or even if you do, come along to hear the Mass sung in SS Gregory & Augustine. 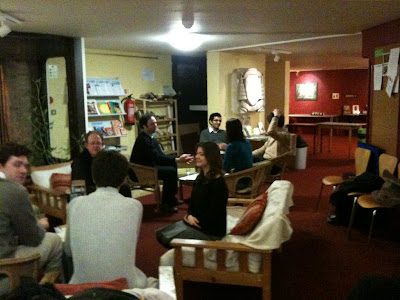 The Juventutem 'social' which follows is in the Chaplaincy; here's a (rather bad) photo of one last term. We bought about 20 pizzas from the 'Pizza Artisan' pizza van parked outside Christ Church, which were delicious; I ate about 15 on my own - or I feld like I had. It actually has a wood-fired oven in it, and they make the pizzas in front of you from scratch. Certainly a big improvement on the kebab van which used to occupy that spot of an evening.

And look, someone (not me for once) has taken a photo of it.
Posted by Joseph Shaw at 10:00 am