After Mass yesterday we were joined for lunch by Cardinal Raymond Burke.

We then had the 'Private' part of the conference, at which Leo Darroch was re-elected as President, and Monika Rheinschmitt (from Germany) as Treasurer. We have a new Secretary, Thomas Murphy, from Ireland. The Council was elected unopposed (the number of nominations exactly matched the number of places available), including me, and the head of the new group formed in the Philippines, Carlos Palad.
This was not the most photogenic part of the conference, but it is an important one. We have accepted 17 new Associations into the Federation since the last meeting two years ago, bringing the total to 45, an astonishing rate of growth; it is of immense benefit to the new members to have the moral and practical support of the more establishes groups and of the Federation as a whole. FIUV has never been more active or useful. 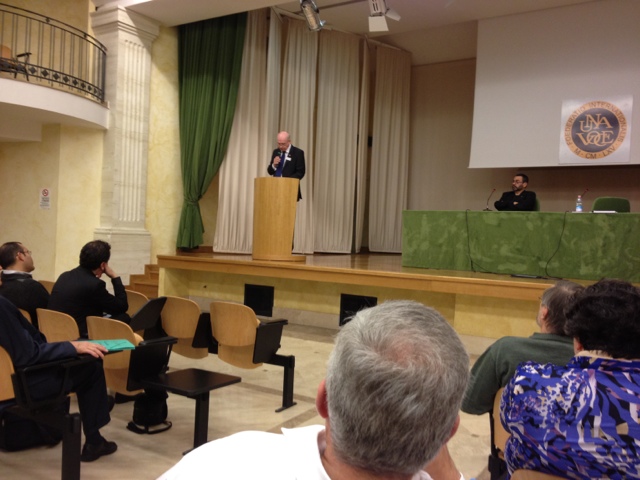