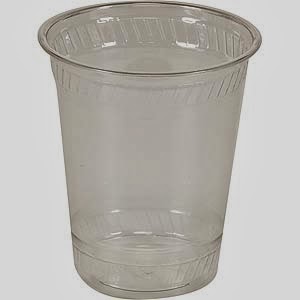 My letter in The Tablet about the alleged vulgarity of the Roman Canon talking about the 'precious chalice' stimulated a predictable mail-bag for their letters page, and they published one response in the mag and another in their 'Letters Extra' page on their website. The appearance of two letters attacking me by name does not seem to justify their publishing a response from me, however, so I'll give the letter I immediately sent them in full below.

Perhaps the chairman of the Latin Mass Society, Joseph Shaw (Letters, 8 October), might go back to the Bible to find the authentic version of what Jesus himself said and did at the Last Supper? All our English translations of the Greek/Aramaic synoptic gospels and St Paul’s first letter to the Corinthians refer to “the cup” in their accounts of the institu- tion of the Eucharist. There was no “precious chalice” at the Passover meal in the upper room, despite the use of “hanc praeclarum calicem” in the fifth century, Latin adaptation of the original texts. Wasn’t one of the aims of the new translation of the Mass to bring us closer to biblical sources?

Note the glorious fantasy of the Aramaic Gospels. This version only exists today in the fevered imaginations of biblical critics, and probably never existed anywhere else. What weight does an imaginary text have in this debate? Does the Church teach that imaginary documents are inspired by the Holy Spirit? 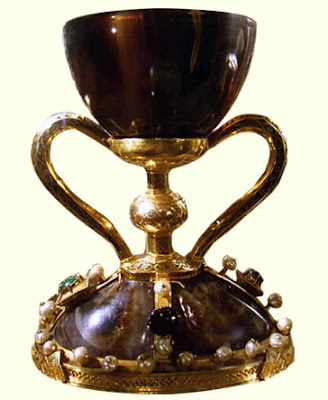 Joseph Shaw (Letters, 8 October) is right: "he took the cup" is not an accurate translation of the words accipens et hunc praeclarum calicem in the Roman Canon. But it is an accurate translation of labon to poterion, (literally, "getting the drinking-cup") which is what we read in Matthew (26:27) and Mark's (14:23) accounts of the institution of the Eucharist. Luke (22:20) and Paul (1 Corinthians 11:25) use the same word, poterion, which means "cup". There is no suggestion that there was anything praeclarus ("excellent" or "noble") about it, nothing to justify our calling the cup Jesus used at the Last Supper a "precious chalice" – still less "this precious chalice" (hunc means "this"). So what is Dr Shaw claiming: that an uninspired prayer trumps the Word of God?

My response (directed to the letter published in hard copy, though equally applicable to both).


Margaret Smart (Letter, 15th October) unwittingly illustrates the point she wishes to deny. She clearly thinks that it was a mistake for St Jerome, and his predecessor translators of the gospels into Latin, to use the Latin 'calix' ('chalice') to translate the Greek 'poterion'. She further thinks it was a mistake for Pope St Gelasius I to allow the phrase 'praeclarem calicem' into the Roman Canon. Most interestingly of all, she thinks it was a mistake for Pope Paul VI to retain this phrase in the First Eucharistic Prayer, and allow 'calix' in the others. What she cannot claim is that the new Missal translation is mistaken in giving 'precious chalice' for 'praeclarem calicem'. That is simply what it means.

So her objection, to repeat, is not to the translation, but to the Latin original. She, like many of your correspondants, is rejecting the theological aptness of the 1969 Mass, and of the entire Western liturgical tradition which lies behind it, in relation to this exact phrase.

However, I fancy her objections are based on a misunderstanding. While the chalice may, or may not, have been precious in terms of human craftsmanship, it was certainly precious in terms of its contents. And as the Church accepts Tradition as a source of dogma alongside Scripture, the Roman Canon has its own theological authority.

So here I am, once again defending Archbishop Bugninni and Pope Paul VI against the onslaughts of ignorant people who think they know better. And I shall always defend them in such cases. Insofar as they gave us innovations, what they did is fallible of human nature and can be criticised by Catholics of good will. But insofar as they faithfully passed on to future generations the ancient tradition of the Church, their actions have the authority of that tradition, in this case an unbroken Ordinary Magisterium of fifteen centuries. That authority does not give way to silly letters in The Tablet.

Chalice: the Holy Chalice of Valencia, which has long been claimed to be the 'poterion' used at the Last Supper. The cup part of it is indeed of Our Lord's era, and is made of agate. There is more information on Fr Z's blog.
Posted by Joseph Shaw at 10:25 am

Labels: The Press, Translation of OF