Loftus: the Conciliar reform was a failure 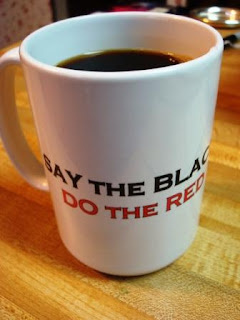 I'm catching up with some columns I've missed for various reasons, this one is from the 18th August: as always, the Catholic Times. Today we are treated to the startling admission I quote in the title of this post.

A constant theme running through Archbishop Bugnini's The Reform of the Liturgy is the fear that Pope Paul VI continually expressed to him--that no liturgical reform would succeed unless the officials of the Roman Curia come 'on board'. he was right. They didn't come 'on side'. And the reform didn't succeed as the Council had intended.

Certainly, the Council intended that Latin, for example, 'be preserved in the Latin Rite', and this was thwarted: I give similar examples in a post here. It wasn't thwarted by conservative Curial officials, but by gung-ho reformers like Bugnini. But isn't it interesting that Loftus, in his old age, looks back at the reform and says it was a failure. 'It did not succeed as intended.' What should have happened? The mind boggles.

After spluttering a considerable length about who the proper persons are to wash the hands of prelates at Mass, and according to what details of what liturgical law -- something which suggests, not for the first time, that Loftus is a bit of rubrical obsessive -- he suddenly tries to turn it around.

Most dioceses have the odd priest who has always been considered to be 'odd' also in the eccentric sense - the one who takes the beggars at the presbytery, or pesters the bishop for a non-parochial posting among the down-and-outs. Those margins of diocesan life may be about to become the centre of the local church. These priests may be set to be the bishops of tomorrow.

Conversely, the introspective counters of grains of incense, the 'doers' of the bits in red and 'sayers' of the bits in black in the Roman Missal, the devotees of lace and frills, may soon find themselves in the margins of the Church.

The multiple layers of self-delusion to be found in these two paragraphs are amazing. One is the idea that priests faithful to the texts and rubrics of the Mass have been 'at the centre', whatever exactly that means. It says a lot about Loftus' own feelings of marginalisation that he imagines the people with Fr Z mugs in their kitchens are somehow in charge, and not, as in reality, at the margins along with the down-and-outs, or indeed the lepers. Pope Benedict, before his election, had a more accurate appraisal when he remarked, of Traditionalists:


Anyone who nowadays advocates the continuing existence of this liturgy or takes part in it is treated like a leper; all tolerance ends here.

Another of Loftus' delusions is that there is some kind of mutual incompatibility between taking the liturgy seriously and taking an interest in the vagrants. He doesn't present any argument for this view, he tries to establish using purely rhetorical means. But those most attached to evangelical poverty, and those most concerned with making the liturgy as lovely as possible, have often been the very people most committed to the poor. Loftus even suggests that Mother Theresa is on his side: he should watch out, she was a ferocious opponent of Altar Girls, one of Loftus' hobby-horses. Another good example is St Jean Vianney, who wouldn't spend money on himself but bought the finest silks from Lyon for the service of the Altar.

Christ instituted a Church served by bishops, not ruled by princes. They in turn co-opted priests as their associates, not mini-prelates, canons, prebendaries, deans, and provosts. The later changes had nothing to do with the Church he [sic] founded, and everything to do with a system of government borrowed from the Holy Roman Empire, which clerics began to ape from the fourth century onwards. This system made a mockery of the unity of the Popel of God baptised in Chrisit, by giving more importance to the division of clergy and laity. It shows every sign of coming to an end.

Loftus seems to be advocating some kind of ecclesial anarchism here. Does he not think that the Church should be governed? What, for example, does he think Provosts do: don't superiors have a necessary function?


All becomes clear at the end of the column: he wants ot 're-establish diocesan and parochial councils where these have fallen into desuitude, ...'

He's not against power being exercised, he just wants it to be exercised by a bureaucracy. Give me a prebendary any day.

But isn't this wonderful? The Church began to 'ape' the 'Holy Roman Empire' in the 4th century. The Holy Roman Empire can be said to have come into existence with the coronation of Charlemagne on Christmas Day in the year 800. Those 4th century Popes and bishops, they had uncanny foresight.


Pictures: just to annoy Mgr Loftus, they show Bishop McMahon pontificating in his own diocese, at the Latin Mass Society Priest Training Conference at Ratcliffe College, Leicester.
Posted by Joseph Shaw at 10:00 am