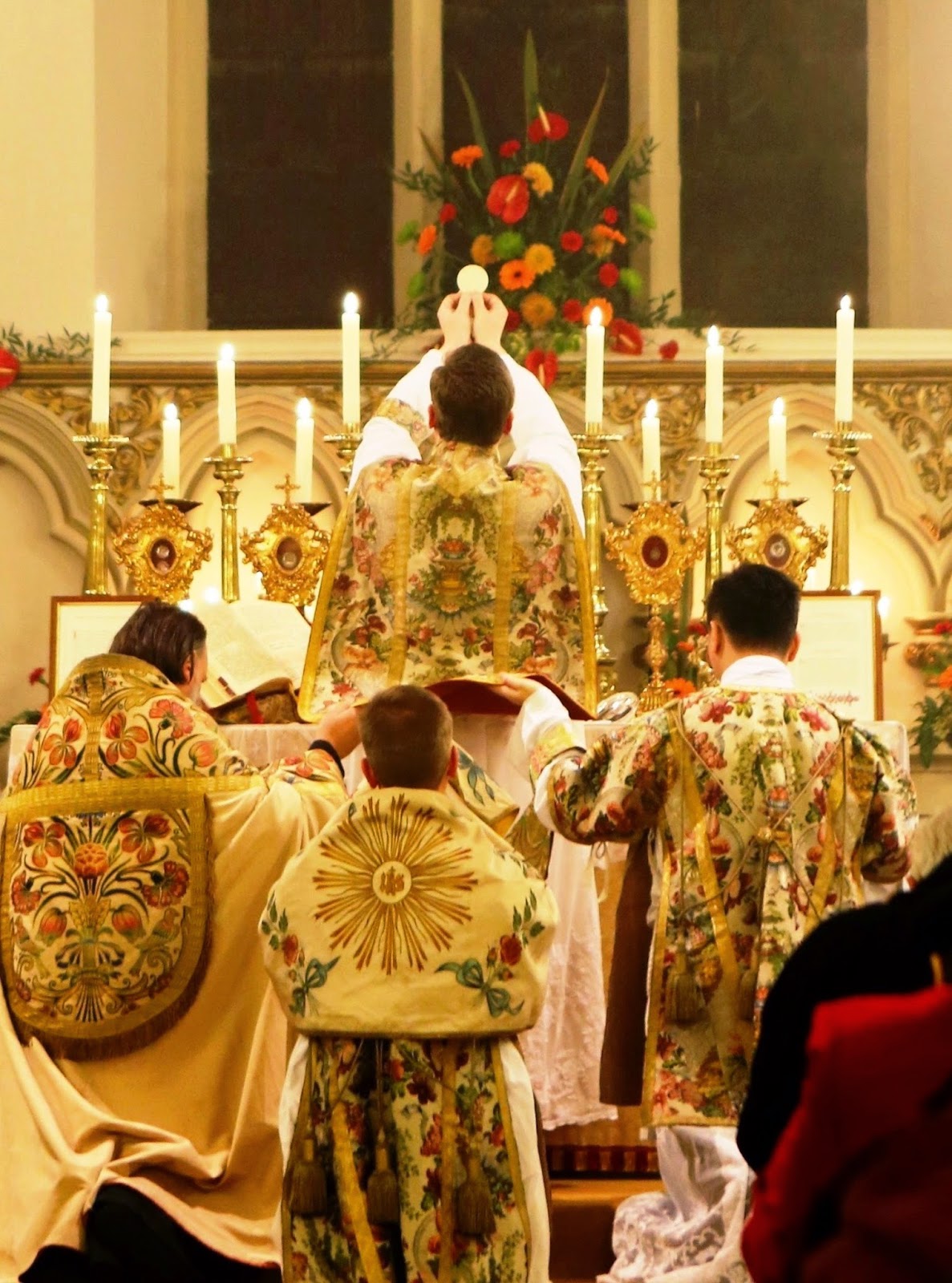 Fr Stephen Morrison OPraem - of the Canons Regular of Premontre, the Premonstatensians or Norbertines - was ordained on Saturday, and I went to his first public EF Mass on Monday, for the feast of the Immaculate Conception, which is the patronal feast of the Norbertines' church in Chelmsford.

It was glorious! In so many ways. I have known Fr Stephen since he was an undergraduate in Oxford; he's not the only man called to the priesthood who has done a stint with the Oxford Gregorian Chant Society. The church was filled with family, friends, parishioners and well-wishers.

I've stolen these photos from Mark Lambert, who was there: see more on his blog. 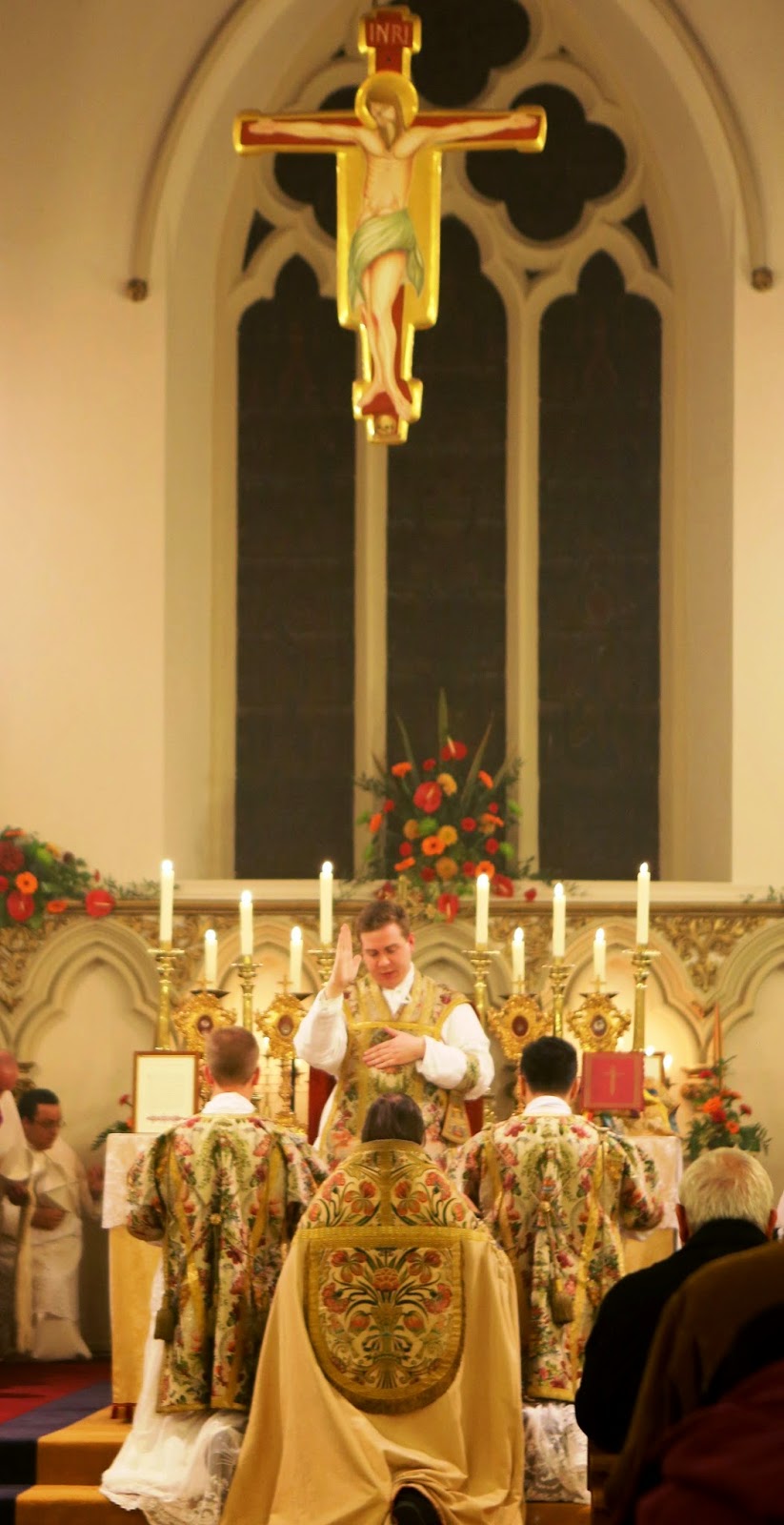 Support the work of the LMS by becoming an 'Anniversary Supporter'.
Posted by Joseph Shaw at 7:27 pm