The Chalice and hygiene 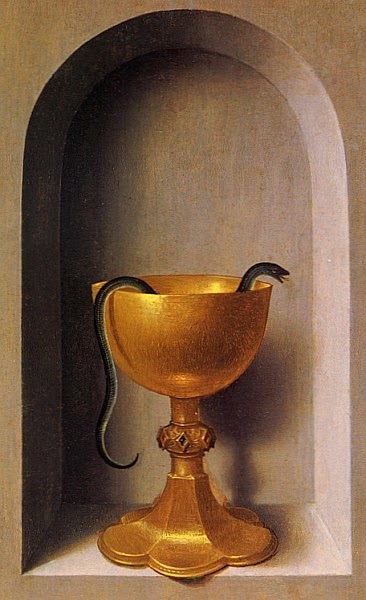 Letter of the week: from The Tablet

I have been following the correspondence about receiving from the chalice. I qualified as a dentist in 1959 just as “reusable needles” passed into history but boiling water “sterilisers” were the norm.

Over the years, the worries concerning cross-infection became more dominant and the use of autoclaves became essential. Soon after, the Church permitted Reception of Communion under Both Kinds.

I well remember discussing with a priest that I felt this was odd because HIV/Aids was becoming evident and the method of its spread was not then known. He actually agreed but we left it there.

We now know that HIV/Aids is not spread orally but herpes and hepatitis can be and nowadays we have the arrival of ebola which is transmitted in body fluids.

I have been asked on many occasions why I do not take the chalice and my standard reply is that I have spent thousands of pounds preventing, as far as I can, cross-infection and wiping the chalice between communicants cannot be construed as such a practice. Intinction must be a better solution. Perhaps we can look forward to it becoming standard practice in the near future.

The problem for liberals is that when they talk about 'intinction', as other contributors to this correspondence have made explicit, they mean 'self intinction', a grossly disrespectful practice in which the communicant wanders from one Extraordinary Minister of Holy Communion (EMHC) to another, holding the Blessed Sacrament in his fingers, before dipping it into the Precious Blood as it were a bowl of taramasalata: a practice with absolutely no precedent in the historic practice of the Church. Proper intinction, as practiced in the Eastern Rites, obviously involves reception on the tongue, so they don't regard it as a possibility worth considering.

Isn't this always the way? One abuse is regarded as so non-negotiable that it is seen as sufficient justification for another. In fact, in this case we have a whole nest of abuses.

The only thing not yet condemned by the Holy See, which has been very slow to catch up with this, is endangering public health by the distribution of the Chalice. But since distribution to large congregations is already condemned, perhaps it should be taken as read.

Most of these passages have parallels in successive editions of the General Instruction of the Roman Missal.

When will the madness end? The reality is that the novelties of the liturgical reform created a unstable liturgical situation. Some innovations turned out to be impractical, others demanded further innovations to make them work. The general collapse of liturgical discipline, particularly during the period in which it was constantly repeated 'canon law is being revised, so don't worry about it' (up to the publication of the revision in 1983), allowed progressive zealots to present their hobby-horses as so well established that they could not be reversed, however lamentable they might be.

The extremely limited and tentative proposal of Communion under both kinds made in the Second Vatican Council has turned, in practice, into a major problem.

There is more about the tradition of receiving under only one kind in the Extraordinary Form in the FIUV Position Paper here.