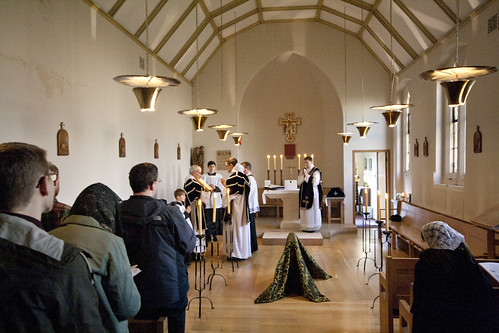 Every Catholic institution should pray for those who once collaborated in its work and have go to their rewards. The Requiem Mass of the Extraordinary Form is a particularly beautiful and theologically rich expression of the Church's concern for the dead. This is the third annual Requiem I have organised there. 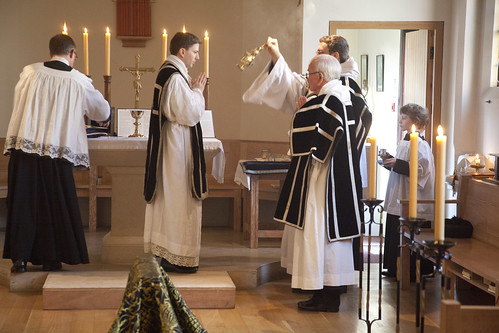 St Benet's chapel is small; with just over 30 people present, it felt pretty crowded. We managed, all the same, to have a High Mass of Requiem there; one of the student monks studying at the Hall (which is the Benedictine house of studies in Oxford) was deacon. 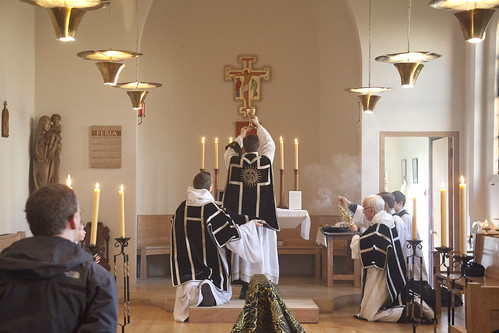 We can be confident that this is the first High Mass in the chapel since 1970. I wonder if they had High Mass there often in the old days; it would at least have been easier, with the Altar in the apse, and not sticking out into the nave, where the footpace (a temporary one brought in for the purpose) is in danger of impeding the passageway to the sacristy. 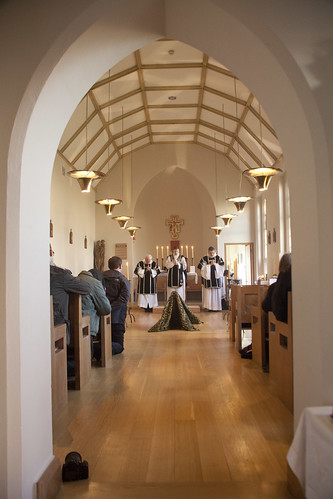 Another first for this Mass in St Benet's was that the fire alarm did not go off. The precautions we took - turning off selected smoke detectors, keeping the sacristy door into the garden open, etc. - paid off.

So bells and smells - yes. But not too many bells.

Support the work of the LMS by becoming an 'Anniversary Supporter'.
Posted by Joseph Shaw at 11:08 am