Podles on masculinity and the Church, Part 5: the liturgy

A guide to this series.
1: Leon Podles' argument about masculinity.
2: How Podles thinks the Church became feminised in the High Middle Ages
3. Doubts about Podles' historical argument.
4. The role of Rationalism and Romanticism in confirming the feminine image of the Church.
5. The liturgy, and a solution to the problem.

One of the things rather neglected by Podles is the liturgical reform. The reason is that he wants to locate the source of the problem of feminisation way, way back, in the High Middle Ages. I don't entirely disagree that some developments then had bad consequences in this regard, but it is not easy to show a clear and consistent picture of a feminised Church from then until today. The picture is complex, with counter-currents and counter-examples.

Poddles has much more to say about Protestantism in America before the 20th century than he does about Catholicism, and it is hardly surprising that the people he quotes - essentially, Evangelical preachers and those responding to them - should have had a problem with feminisation. For these preachers relied very heavily on the emotions, and the expression of emotion, and neglected the will and the intellect. This is always going to be a hard sell for men. Mgr Benson, whom I quoted a couple of posts ago, tells us that, at least in England in 1913, religious emotion was kept in check. The less fervent - including a lot of men - were reassured that belief was a matter of will and action, that is to say, the practice of the Faith. Telling such people that they ought to feel the movement of the Spirit can lead to disaster. The 18th century poet George Crabbe describes a man who wants to repent his sins, goes to a revivalist preacher, and is eventually told that the absence of such feelings is an indication that he is damned. Understandably, the poor man hangs himself.
I don't, however, have the data (because it doesn't exist) or the mastery of anecdotal evidence (because that would be the work of a lifetime) to say exactly how the sex ratio in congregations varied between countries over the centuries, from the 13th to the 21st. The non-involvement of men seems most clearly established in Latin culture; it seems least well established in the English-speaking world before the middle of the 20th century. But then something happened to drive out the men from the Church more or less everywhere.

Everything which Podles says about tendencies of Catholic spirituality over the centuries has to be put alongside the liturgy. The central devotional experience of Catholics should be the liturgy, and for many centuries and many places that is in fact true. In the late 19th century the Liturgical Movement sought to place greater emphasis again on the liturgy, where it had lost out to other devotional practices. And when we look at the Church's liturgy, we find a set of texts and rituals which overwhelmingly date from before the advent of the problems Podles discusses. In the history of the liturgy, saying something is later than the 8th century can be a bit damning: oh, then it is terribly late! But even 'late' developments tend to come in the following four centuries. 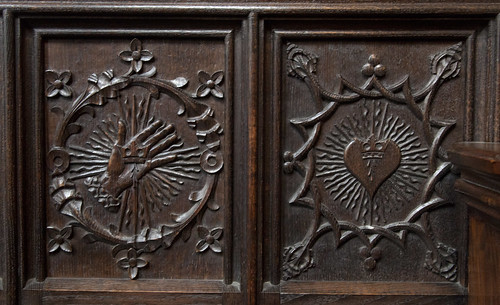 Apart from new feasts, the Roman liturgy was pretty much complete in the 12th century. The 13th century Franciscan Missal, a version of the Roman Missal for use by the Franciscans all over Europe, is essentially the same as the Missal of the Council of Trent, and the Missal celebrated today as the Extraordinary Form. The point is, that whatever we might say about the extravagant emotionalism and Bridal Mysticism of the High Middle Ages, very, very little of this found its way into liturgical texts; the same goes for Gregorian Chant. When Catholics of the Late Middle Ages and the Baroque period or indeed the early 20th century went to Mass, they were attending something developed in the context of what Podles calls a masculine spirituality. The selection of scripture readings is balanced; the difficult and demanding passages are not airbrushed away. The prayers are not without emotion, but the emotions are restrained; the poetry is beautiful but it also has a certain austerity; the chant, above all, is not mawkish. There is no emotional manipulation in the Traditional Roman liturgy. There is no expectation that we will weep or clap our hands for joy. It is a liturgy, also, of action, of gesture and silent prayer, of carefully rehearsed ritual. It is, when all is said and done, the work of men: of Christ in His priests.

With all this I should take a moment to underline the fact that the masculine aspects of the Church need not be off-putting to women. Women are, after all, able to appreciate masculine virtues; they tend to be heterosexual. They are often, indeed, bearers of masculine virtues, just as men can have virtues associated with the feminine. The point in these posts is not about the exclusion of women, but the non-exclusion of men. Make the Mass look like a girls' night out, and the young men will flee for the hills. Women are much more tolerant of a liturgy which looks a bit masculine. Their femininity is not threatened by that; it cannot, indeed, be so easily taken from them. The masculinity of young men, by contrast, is not assured at all. They must separate themselves from the feminine realm if they are to be men. This is to repeat the argument of the first post in this series.

What, then, happened in the Reform? Podles quotes the Catholic sociologist Patrick Arnold:

a liturgy that appeals to men possesses a quality the Hebrews called kabod ('glory') and the Romans gravitas ('gravity'); both words at root means 'weightiness' and connote a sense of dignified importance and seriousness.

But what we actually get, in the reformed liturgy, is something different.

Butterfly, Banner, and Balloon Extravaganzas severely alienated many men. The most saccharine outbreaks of forced liturgical excitement featured fluttering dancers floating down the aisles like wood-nymphs, goofy pseudo-rites forced on the congregation with almost fascist authoritarianism, and a host of silly schticks usually accompanied by inane music.

Most parishes today, after the excitement of the reform has died down, offer something drabber, but no more masculine. The reformers systematically removed from the official texts a series of things which together gave the Roman liturgy its gravitas: its seriousness, its challenge, its references to the darker and more difficult things, its emotional balance, its prostration before the Throne of Glory.

This isn't just a matter of hindsight, either. Cardinal Heenan gave a famous warning when he saw the draft 'Missa Normativa' after the Second Vatican Council, in 1967.

At home, it is not only women and children but also fathers of families and young men who come regularly to Mass. If we were to offer them the kind of ceremony we saw yesterday we would soon be left with a congregation of women and children.

In concluding this series of posts, I would want to say that, even if the liturgical reform is not the sole culprit for the loss of men from the Catholic Church, which is a complex historical phenomenon, the Traditional Mass is certainly part of the solution. Podles remarks sadly that efforts to attract men back to the Church often founder at the point that the men, when successfully attracted to some special event or group, go back to their parishes. There they are not only faced with a liturgy which is completely lacking in gravitas, but by a priest surrounded and dominated by females, even during Mass itself, presiding over an overwhelmingly female congregation. The Traditional Mass offers a way out of this problem, because as Podles concedes in the talk on his book, not only is the liturgy serious and the sanctuary men-only, but the congregations have a healthy balance of men and women, something otherwise found only among the Eastern churches, Orthodox Jews, and in Islam. For all the criticisms which can be made of Catholics attached to the Traditional Mass, this is a milieu of which it is possible for young men to imagine being part. 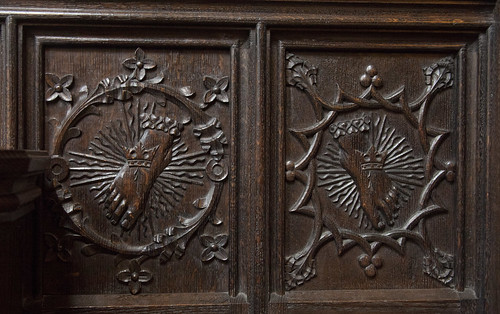