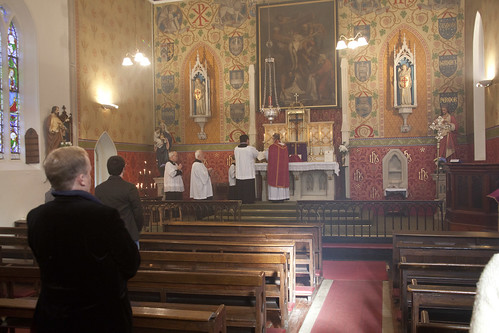 I took these photos at the last Missa Cantata at Holy Trinity, Hethe, on the Second Sunday of February, which was Sexagesima.

With the assistance of Fr Gabriel Diaz, who is currently doing research in Oxford, we will have High Mass on 8th March, 3rd Sunday of Lent, at 12 noon. On the other Sundays of the month there is Low Mass.

Mass is accompanied by a small but very competant schola (if I may say so myself). In March the regulars will be joined by members of the Schola Abelis of Oxford. 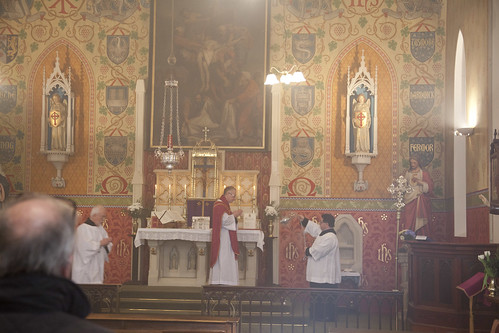 It is early days with this Mass, which was started last October at the initiative of the new Parish Priest, Fr Paul Lester. Hethe cannot be described as a great centre of population, but it fills an awkward gap in provision for the Traditional Mass to the North of Oxford: otherwise, there are none till you get to Birmingham. 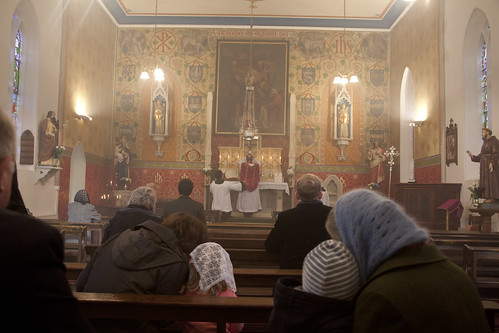 It is a fascinating, as well as beautiful, church; I've put some information about the history here. It was built in 1830, which makes it the oldest Catholic Parish Church in Oxfordshire. (The chapel at Mapledurham is older.) 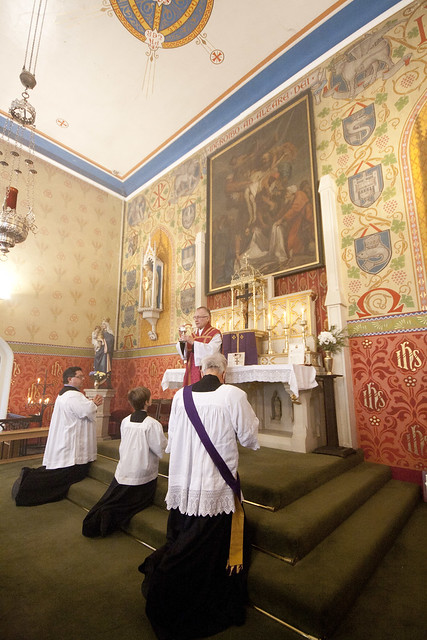