More from Loftus on the joys of divorce, fornication, and gay sex 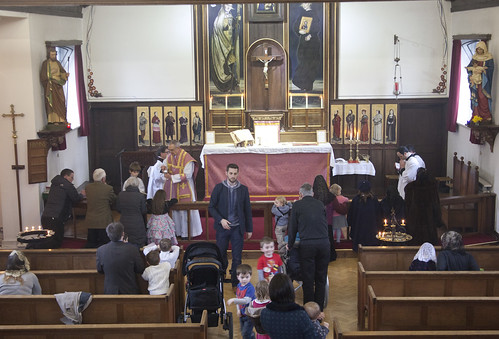 Loftus is on fine form in his Catholic Times column of 13th March 2015.

It is no use citing over and over again the spiritual perfection of a marriage in which every sexual act is open to conception. The reality is different. It's no use emphasising the complementarity of the two genders to men or women who find sexual intimacy repugnant if it is not with someone of their own gender.

Pope Francis said in his apostolic exhortation - The Joy of the Gospel - that "reality is greater than ideas". This applies not only to the sphere of economics, but to the whole of humankind's activity. And one of today's realities is that young people live together before or without getting married. And in many cases they guard their mutual faithfulness with a zeal which at least matches that of married couples.
....

The divorced and remarried are often not capable of leaving one another - or of living as brother and sister. Indeed in many cases consideration of the children would on its own make it morally wrong for them to leave one another, and since they are palpably not brother and sister, then for them to try to live as such in close domestic proximity could on its own bring about all the harmful psychological effects that flow from trying to live any kind of lie.
...

Don't bother trying to change or adapt the law - just do what realism rather than ideology demands, and for the rest trust in God's merciful understanding.

If there is some kind of liberal breakthrough at the Synod over remarried divorcees receiving Holy Communion, don't expect things to stop there. Loftus is perfectly correct to sense that once that principle is breached, the whole of moral theology will collapse like a pack of cards: gay sex, fornication, you name it. Why not add arson and murder? It won't be possible to refuse anyone Communion, it won't be possible to give any teaching on morality.

He is also right to sense that the way the trick will be attempted is not by changing the rules, but ignoring them. We don't need a dispensation, changes to Canon Law, or a great big act of the Papal Magisterium, let alone Vatican III. That is why, of course, we are never going to be faced with the problem of the explicit denial of doctrine, at least, not from the Holy Father and the Synod, or anyone at the top end of the tree. That's not what the liberals are even aiming at. If they can get some weasel words on 'pastoral flexibility' for 'difficult situations' they know that what is written in the Catechism will become irrelevant, as it is already is in many dioceses.

This also shows how the Church is going to come back from this disaster: the disaster which has already happened, and the further disasters which might happen along the same lines. It will remain open for Popes in the future to say: 'hey, guys, you know we never actually stopped teaching all this stuff about morality; how about actually taking it a bit more seriously?' I don't say that this will solve all the problems of the Church, but it won't require the kind of condemnation of the ancien regime which has happened over the centuries, what with anti-Popes, 'robber' Councils, and the like.

As a matter of fact it is impossible for the Church to teach error with the highest level of authority. This is not a reason for complacency, but it has importance for strategy. Whatever goes wrong, it won't be definitive, and it will always be possible to uncover the true and continuing teaching of the Church, however much it has been obscured. But teaching which is thoroughly obscured is not being proclaimed; it is not feeding souls.

As for Loftus' arguments about the psychological impossibility of stopping a life of serious sin, I have addressed this already on this blog.

That the sins of our past may have bad consequences in the present, even for the innocent (like children): here.

The idea that the demands of the moral law are impossible to fulfill, is infallibly condemned by the Council of Trent: here.

The problem of Communion for the divorced arises from the public nature of their state of life: here.

As a service to the public, I have put together quotations on a range of themes from Loftus' published writings, mostly his Catholic Times columns, in a dossier here, and made one of his most theologically egregious articles articles, on the Resurrection of Our Lord, available here.