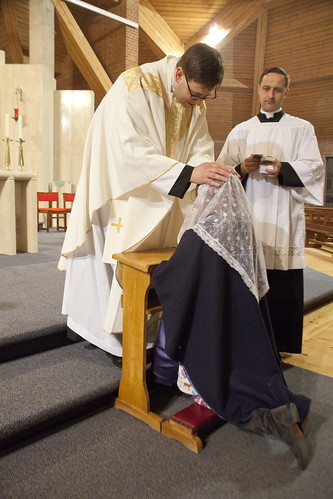 Last evening I attended the priesly ordination of Fr Robin Farrow, in St Joseph's church in Guidford. He was ordained by Archbishop Peter Smith.

He had a cake from Lucy Shaw Cakes. 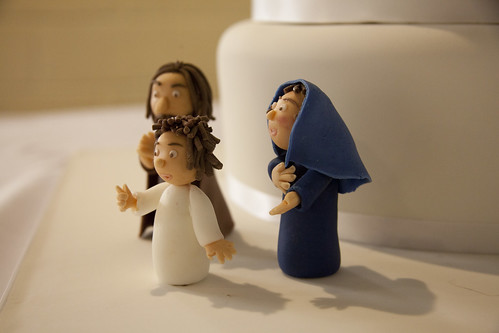 Fr Farrow was presented on the top, and the Holy Family on the base. 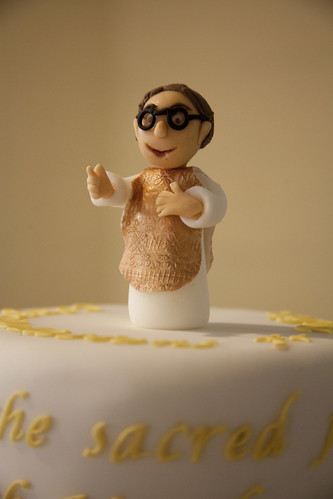 The inscription round the side reads: 'A priest is not a priest for himself; he is a priest for you'. This was quoted by Pope Benedict XVI in his address opening the Year for Priests; it was said first by  St Jean Vianney, the Cure of Ars. 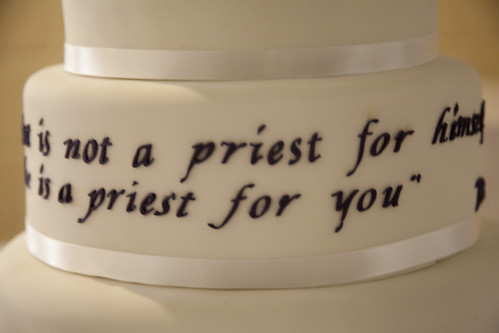 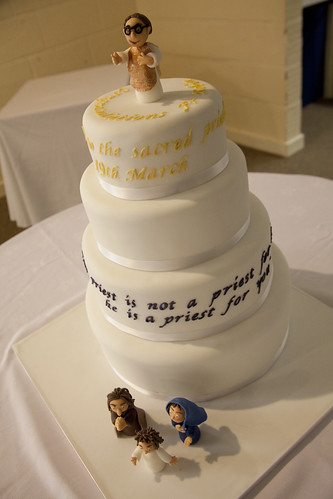 Support the work of the LMS by becoming an 'Anniversary Supporter'.
Posted by Joseph Shaw at 3:21 pm