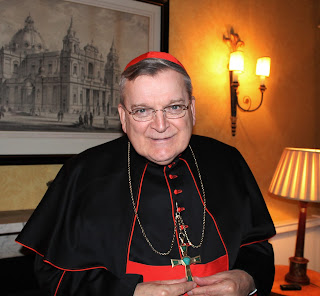 As well as liturgies and public speaking, His Eminence granted an interview with Mass of Ages, the LMS Magazine. As a tiny taster, when asked what Catholics should do when confronted with bad teaching, he said:

Support the work of the LMS by becoming an 'Anniversary Supporter'.
Posted by Joseph Shaw at 4:08 pm