Fraternity of St Peter are installed in St Mary's, Warrington 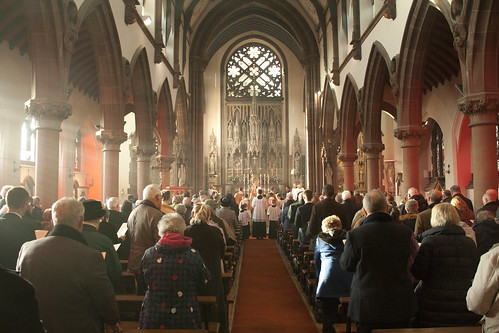 On Saturday I was present at a High Mass inaugerating the ministry of the Fraternity of St Peter, FSSP, in St Mary's, Warrington. Archbishop Malcolm McMahon of Liverpool, the Ordinary, presided at Mass. Abbot Cuthbert Madden of Ampleforth (who of course I know), whose community had looked after the parish since 1770 and had built the present church, was in choir. 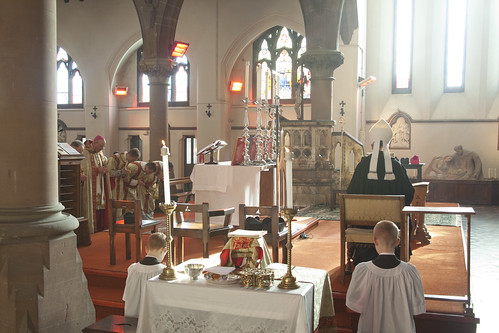 The church was packed to the doors. The Mayor of Warrington and his wife were present, and a good number of local clergy, including Canon Scott Tanner of the Institutes of Christ the King. 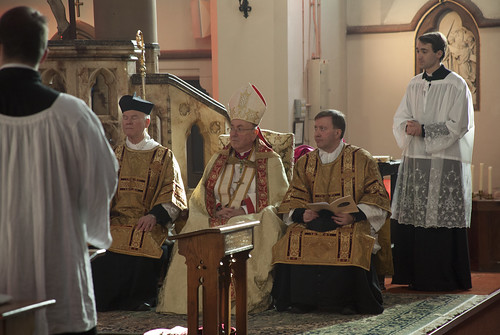 It should be noted that there is nothing experimental about this arrangement. Ampleforth Abbey have given the church to the FSSP, and on this great occasion Fr de Malleray was formally installed as Rector of the newly established shrine by the Archbishop. This is a huge step forward for the FSSP and for the cause of Tradition in England. 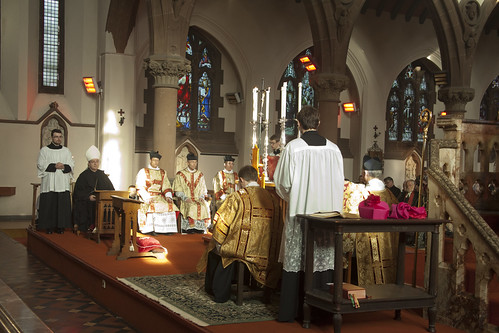 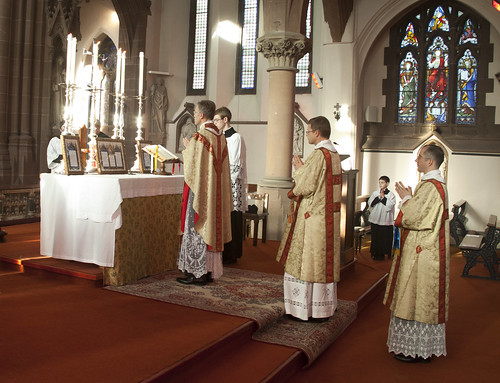 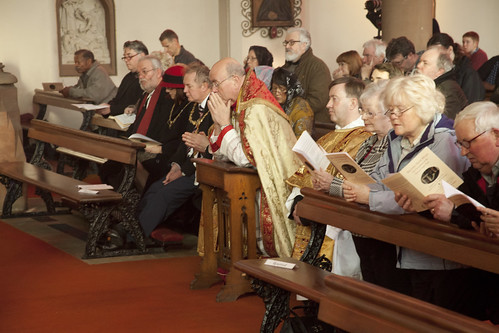 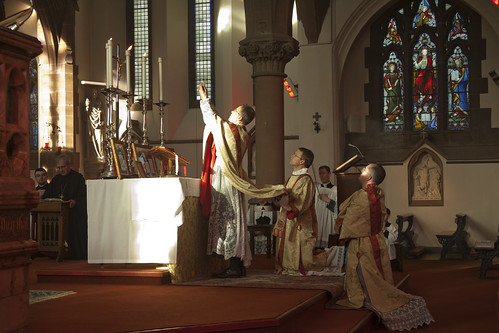 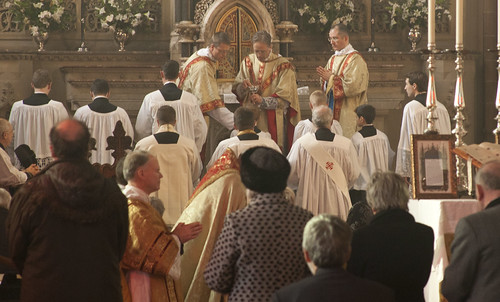 The church, designed and built by the second-generation Pugins, has emerged largely unscathed from the liturgical changes. It is very impressive, with some superb features, such as this lovely stained glass from Hardmans' workshop. 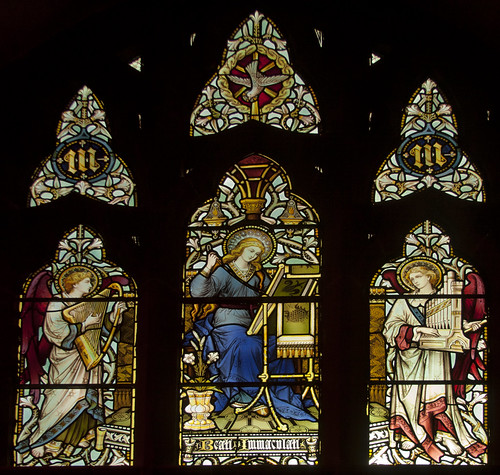 A large platform has been created in the nave, with a rather square altar on it, so Mass could be said versus populum: it is also possible to say Mass at this altar facing East, as was done on Saturday. The platform is made of wood and it won't be too difficult to remove it. 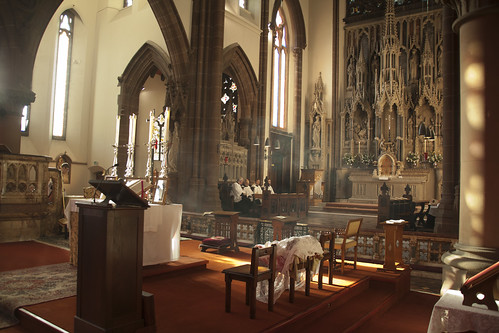 The only really sad thing to see is the original altar has been turned into a shelf, making it impossible to celebrate Mass there. The original stone altar frontal is, I think, the one there still, but the altar is now only 6 inches or so wide, and the step in front of it has been removed as well. Restoring that will be perfectly possible, it will just take a bit more effort and expense. 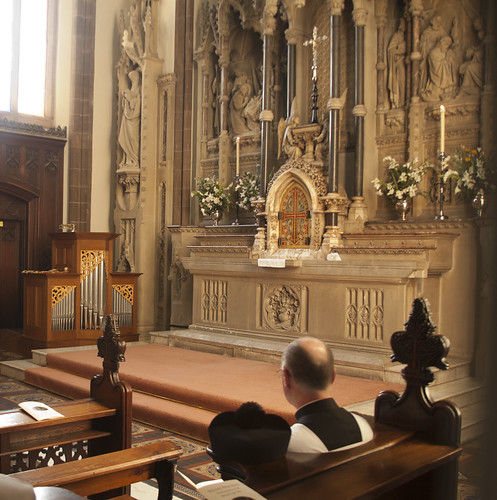 Overall, netherless, the church is really splendid, and local Catholics, and even non-Catholics, are clearly deeply committed to its continued role in the community. So, naturally, are Catholics attached to the Traditional Mass, who came to this Mass from far and wide, not only me from Oxfordshire but from Wales and Scotland and - even more impressive - from the other side of the Pennines. We all wish Fr de Malleray and the Fraternity of St Peter the very best in making a success of this apostolate. 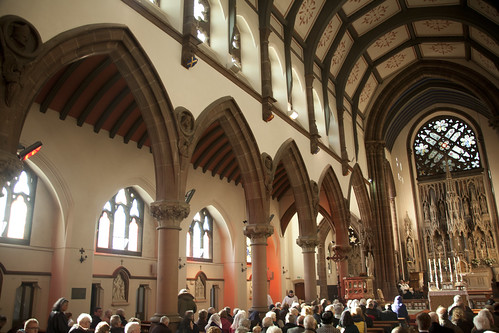 More photos by me here; and by Martin Gardner (including photos of me) here.

Support the work of the LMS by becoming an 'Anniversary Supporter'.
Posted by Joseph Shaw at 4:03 pm