A friendly warning to Opus Dei 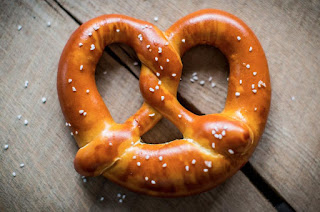 I don't want to single out Opus Dei; what I have to say is applicable to a number of conservative Catholic organisations. But Opus Dei does rather single out itself.

We had the organisations 'number 2', the Vicar General, Mgr Mariano Fazio, criticising the Filial Correction for 'correcting a father in public':

Any faithful, bishop, cardinal, lay person has the right to tell the pope what he sees fit for the good of the Church. But it seems to me that he has no right to do so publicly and to scandalize the whole Church with these manifestations of disunity.

I've responded to that in the linked LifeSite article.

Mgr Fazio is simply following, however, the line of the head of Opus Dei himself, Mgr Fernando Ocariz, who wrote an article for L'Osservatore Romano on December 2, 2011, indicating the kind of obedience which the documents of the Second Vatican Council have: remarks which presumably cover any reasonably high-level official documents of the Church.


A number of innovations of a doctrinal nature are to be found in the documents of the Second Vatican Council: on the sacramental nature of the episcopate, on episcopal collegiality, on religious freedom, etc. These innovations in matters concerning faith or morals, not proposed with a definitive act, still require religious submission of intellect and will, even though some of them were and still are the object of controversy with regard to their continuity with earlier magisterial teaching, or their compatibility with the tradition. In the face of such difficulties in understanding the continuity of certain Conciliar Teachings with the tradition, the Catholic attitude, having taken into account the unity of the Magisterium, is to seek a unitive interpretation in which the texts of the Second Vatican Council and the preceding Magisterial documents illuminate each other. Not only should the Second Vatican Council be interpreted in the light of previous Magisterial documents, but also some of these earlier magisterial documents can be understood better in the light of the Second Vatican Council. This is nothing new in the history of the Church. It should be remembered, for example, that the meaning of important concepts adopted in the First Council of Nicaea in the formulation of the Trinitarian and Christological faith (hypóstasis, ousía), were greatly clarified by later Councils.

(Link to the whole article on the Opus Dei website.)

The problems with this paragraph are many, and I don't want to give his article a detailed critique, so to keep it brief I invite the reader to answer for him or herself the following two questions:

1. Given that Council documents and other official documents contain both statements of the Ordinary Magisterium and other kinds of proposition, such as historical and scientific claims (such as are not inseparably connected with teaching), prudential judgements, and theological speculations, would the loyal Catholic not need to apply his mind first to determining what was actually magisterial in a document before submitting intellect and will to it?

Anyone who thinks that the non-magisterial content of one official document cannot contradict that of another simply needs to read a few. The mutually-contradictory Papal Bulls of the Franciscan property debate would be one place to start.

What seems reasonably clear is that the top two officials of Opus Dei are inviting Catholics to adopt an attitude of pre-emptive intellectual submission towards anything emanating from Rome, without making use of the right - which can also be a duty - to inform our fellow Catholics of their concerns about such emanations. Yes, they say, there can be ambiguities and problems, but obedience of the intellect comes first, acceptance come first, and attempts to smooth over the problems can follow later.

I've been told in comments on this blog, what I already knew, which is that Opus Dei contains many Good People. Of course it does. These are, in fact, among the most good-hearted and faithful Catholics whom one could hope to meet. It is through no lack of charity towards them that I write as a I do: quite the contrary. While I know that what I write will have no effect at all on the leadership of the organisation, I want to warn those who are members, and those associated with the many other organisations which include what we call 'conservative' Catholics, of the dangers of the road you are going down, when you start thinking of obedience as the chief or even the only virtue, instead of humility, justice, courage, charity, and the virtue of faith itself.

The first danger, which follows obviously from what I have just said, is a spiritual distortion arising from a failure to recognise and cultivate the full set of virtues. This should be obvious enough.

The second is that it leads into anti-intellectualism. Perhaps this doesn't look like a big deal, but it will destroy the intellectual prestige of your communities and drive out those of your members of an intellectual bent. People with an intellectual formation who are honest will not be able to stick it: it will drive them nuts.

The third problem derives from the fact that when the wind changes direction, the internal policy will follow also. This isn't some uncharitable speculation on my part, it is exactly what Mgr Ocariz is saying. A new Pope, a new policy, and a new document, and all the 'faithful Catholics' who follow his advice will be reading the 'innovation' back into previous documents, submitting their intellects, and tying themselves into knots to say that what they'd previously said was black is actually, now you come to look at it, white. You may think we'll have to wait for a new Pope to see this happening, but no, we can see it happening with the current Pope.

It is a fact, and not a particularly disturbing one in itself, that Papal policy changes. Again, anyone doubting this just needs to do some reading, but a nice example is the maddening succession of policy reversals the Popes made towards the 'Chinese Rites'. Now it may be that such changes of policy require obedience on the basis of the disciplinary authority of the Pope, but anyone living through a period such as that who tries to justify each policy as correct, as in continuity with previous rules, and as based on fundamental magisterial principles, because he does not want to admit that official documents should ever be disagreed with, has got a problem.

Although in France and Italy the Communists were able to retrieve some self-respect by their resistence to occupation, in Britain the flip-flopping did irreparable damage to the Party's credibility. The same thing is going to happen to any organisation which claims to base itself on objective principles which does repeated 'backflips', to use Cardinal Pell's phrase. To put it bluntly, this will destroy your community.

Am I applying this to Opus Dei? Let me correct that impression. Really, what I have been saying applies to the Catholic Church as a whole over the last half-century. We have all seen it: good-hearted and loyal people twisting themselves into pretzels to make everything seem ok, but other Catholic intellectuals just dropping out of the whole game because it looks incompatible with intellectual self-respect. And yet others, observing all this, concluding that the Church doesn't really stand for anything much any more.

That's a lesson we should learn from. If we don't, we are going to repeat it till we do.

Update: my attention has been drawn to this: see the paragraph beginning 'I could write a huge volume'.