Fr Thomas Crean on whether Amoris is 'Thomistic' 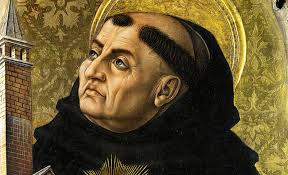 LifeSiteNews carries an interview with Fr Thomas Crean OP on the use of St Thomas Aquinas by Amoris laetitia, in light of Christoph, Cardinal Schönborn's claim that the document is 'Thomistic'.

Read the whole thing there; I paste in an extract below.

(The English version of) paragraph 145  (of Amoris Laetitia) states: “Experiencing an emotion is not, in itself, morally good or evil. The stirring of desire or repugnance is neither sinful nor blameworthy. What is morally good or evil is what we do on the basis of, or under the influence of, a given passion.” It footnotes the Summa, 1a 2ae 24, 1.
But what St. Thomas says here is that no emotion, abstractly considered, is either good or bad. Even hatred is not bad as such: it is good to hate sin. However, every actually existing emotion will always be either good or bad. This is true, independently of any actions to which they may give rise.

St. Thomas says: ipsae passiones, secundum quod sunt voluntariae, possunt dici bonae vel malae moraliter. Dicuntur autem voluntariae vel ex eo quod a voluntate imperantur, vel ex eo quod a voluntate non prohibentur (“The emotions themselves, inasmuch as they are voluntary, can be called morally good or bad. And they are said to be voluntary inasmuch as they are commanded by the will, or else because they are not checked by the will.”) There is a serious mistake in the text of Amoris Laetitia here, since certain emotions can rise by themselves to the level of mortal sin, for example, certain kinds of deliberate anger and sexual desire. It is dangerous to give the impression that only outward acts can be morally good or evil.
The Latin text of paragraph 145 is slightly different, but the net result is the same. On the one hand, it changes “the stirring of desire or repugnance is neither sinful nor blameworthy” to “perceiving a desire or repugnance beginning is neither harmful nor blameworthy,” which strictly speaking is true, since the perception itself would not be a sin. However, it retains the claim that moral good and evil lie only in outward action. And, bizarrely, it also quotes one of the objections in the Summa as if it were St. Thomas’ own teaching!
Next, paragraph 301. Here Amoris Laetitia states that people … can be living in irregular (e.g. adulterous) situations and may know the Church’s teaching on ‘the rule’, and yet may be unable to see the value of “the rule.” These people, Amoris Laetitia says, may possess sanctifying grace and may be unable to obey the rule without sinning.
It goes on: “St. Thomas Aquinas himself recognized that someone may possess grace and charity, yet not be able to exercise any one of the virtues well.” As Dr. Joseph Shaw has pointed out, this quotation is irrelevant to the question of whether one can be excused from obeying the divine law by an ability to see its value, or whether one can be obliged to disobey it to avoid some other sin. St. Thomas is simply talking of people who have repented of past sins, and who now live virtuously, but do so with some difficulty because of the effect that those past sins have left behind.
Hence Dr. Shaw wrote: “Aquinas is simply pointing out that impediments are more likely when the virtue has not been acquired by a process of training and habituation over time, but by an infusion of grace from God. This abstruse issue is completely irrelevant to the matter at hand, and makes me wonder about the intellectual integrity of the people advising Pope Francis at this point in the document.” A more relevant passage from the Summa would have been found in 1a 2ae 19, 6: “If erring reason tell a man that he should go to another man's wife, the will that abides by that erring reason is evil; since this error arises from ignorance of the Divine Law, which he is bound to know.”

A more serious, because superficially more plausible, misrepresentation of the angelic doctor is found in paragraph 304. Amoris Laetitia is discussing the question of universal moral laws, in the context, of course, of invalid second marriages and the conferral of the sacraments, and it quotes a passage from 1a 2a 94, 4: “Practical reason deals with contingent things, upon which human activity bears, and so although there is necessity in the general principles, the more we descend to matters of detail, the more frequently we encounter defects …  In matters of action, truth or practical rectitude is not the same for all, as to matters of detail, but only as to the general principles.”
Although the argument at this point in Amoris Laetitia seems designed to be hard to follow, the impression is very strongly given that St. Thomas would have said that either sexual activity within a marriage not recognized by the Church as valid, or else giving Holy Communion to those who engage in such activity, cannot be objects of a universal prohibition. There can be, the text implies, only a defeasible presumption against such things. In fact, St. Thomas teaches, with the whole tradition of the Church, that there are indeed such things as intrinsically bad actions which generate universal prohibitions.
Read the whole thing on LifeSite.

Support the work of the LMS by becoming an 'Anniversary Supporter'.
Posted by Joseph Shaw at 1:07 pm