The Lay Apostolate: why not existing groups? 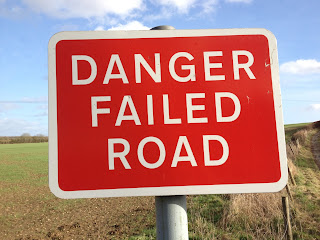 I've now outlined my cunning plan for a Guild, which will commit members to meeting on a regional, rather than local, basis, on a quarterly, rather than weekly, basis. They will be bound together by their attachment to the Extraordinary Form.

I don't suppose anyone will object to this in itself, but many will say this is not the solution to our difficulties, and will continue to push other models. So here's a post about why existing Catholic membership organisations won't do what the Confraternity is setting out to do.

I've already argued that anything which relies on Catholics popping round to a central location in a parish at frequent intervals is going to be very difficult, because we no longer have either the time nor the population density which made it so straightforward in the Good Old Days. Another factor which is relevant, which is a self-inflicted wound for the Church, is that one cannot rely on a new parish priest being supportive of a group founded by a previous one, and in most dioceses one can't rely on a priest being in a parish more or less for ever. The consensus that a group promoting devotion to the Sacred Heart, or for that matter knitting their own Fairtrade sandals, is a good and helpful thing in a parish, does not exist. And of course this goes for the faithful as well as for the clergy. Parish groups can easily be seen as controversial and divisive. They can easily be pigeon-holed in terms of Church politics, and become a political football.

In densely populated places - London, for example - parish groups can still have life in them, and I don't wish to denigrate them. But they are only ever going to flourish with the support of a priest who really believes in what they are doing; again and again they collapse when there is a change of parish regime. It is impossible to envisage such groups having a wide impact under current conditions, because only a small minority of priests would put in the work to support groups with a conservative or traddy agenda, and many of that minority are stuck in rural parishes where it is impossible anyway.

The groups based on face-to-face meetings which have survived are those organised at a supra-parish level: circles of Catenians, for example, the Knights of St Columba, or the Newman Association. A catchment area much larger than a single parish helps these groups, but they have found it a challenge to maintain their traditional model of fairly frequent meetings, and to recruit new members.


I've nothing against these groups, but they don't and couldn't do what the proposed Confraternity wants to do, for a simple but important reason. Few of them can be described as principally spiritual and liturgical in character; generally, that was never the point of them. But furthermore, all of them have a problem today with their spiritual side: spirituality, and the liturgy, has ceased to be something which unites Catholics; it is now something which divides them. What sort of prayer should be used to start a meeting? What sort of annual Mass should be celebrated? What sort of retreat giver should be invited? What sort of religious imagery, if any, should be used for publications or the website? A committee of upright, educated, practicing Catholics representative of the Church's normal spectrum of opinion - excluding the extremes - could argue forever about these questions. And whatever they decide, it will sadden, embitter, or enrage a section of the ordinary members. Groups have an unenviable choice between perpetual trench warfare, secularisation, or coalescence around an inoffensive milk-and-water spirituality and liturgy which will not provide its members with nourishment.

A group with a serious commitment to the sanctification of its members, using the public prayer of the Church, the liturgy, for that end, must start with a clear conception of its spirituality. This needn't be as specific as a particular school of spirituality (Ignatian, Benedictine etc.); a commitment to the Extraordinary Form will do very well. If you become enraged when you see no female Extraordinary Minister of Holy Communion, and hear no bidding prayers for nuclear disarmament, at Confraterntiy Masses, don't join, it's not for you. It might look as though we are excluding people of particular liturgical tastes, but in fact we are basing ourselves on a conception of the liturgy which is uniquely able to transcend differences of politics, education, and culture.

The next post will consider the role of the internet.
Posted by Joseph Shaw at 11:06 am