In defence of the non-dialogued Low Mass: the Latin Mass Magazine 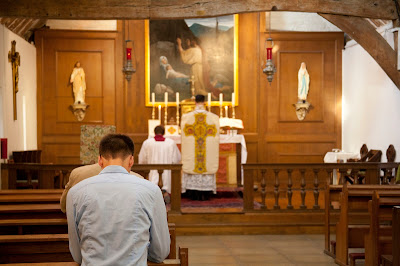 I have just received my copy of the Latin Mass Magazine, a long-established glossy quarterly convering topics of interest to Catholics attached to the Extraordinary Form. I would say it is the best-established such publication in the English-speaking world, combining the quality of the writers, its size (72pp), the quality of the printing, its reputation, and the size of its readership.

I have long been a reader, but the latest issue, Summer 2013, for the first time they have published something under my name: this is, in fact, a version of a Position Paper I have edited for the Una Voce Federation. In deference to the Latin Mass Magazine I won't be putting up the pdf of this paper for a few weeks, to encourage people to buy the thing.

'The Missa Lecta' is a defence of Low Mass celebrated without dialoguing. Some people see the dialogue Mass as the pinnacle of the Liturgical Movement, showing how it is possible for the Faithful to engage in the Traditional Mass just like people do at the Ordinary Form. It brings other people out in spots, and there has been quite a bit of debate about it, some of it in the pages of The Remnant. This Position Paper, like all the papers, eschews polemic and dubious historical claims: its aim is just to say that people who prefer the non-dialogue version should not be criticised: there are things to be said for that position, there is a genuine spirituality at work. Without reproducing the whole thing, here are some interesting points.

Dialoguing at Low Mass did happen in the Middle Ages. But it needs to be kept in perspective. First, Low Mass didn't even exist until the 9th century. The evidence we have for the Faithful making the responses at Low Mass is related to Spain and Italy before the 16th century. We just don't know if anyone in Northern Europe ever made the responses until Liturgical Movement types tried it out in Belgium in 1909. In Italy and Spain, of course, the Latin responses would have come quite naturally even to uneducated people in the Middle Ages, because of the closeness of Latin to their own languages. 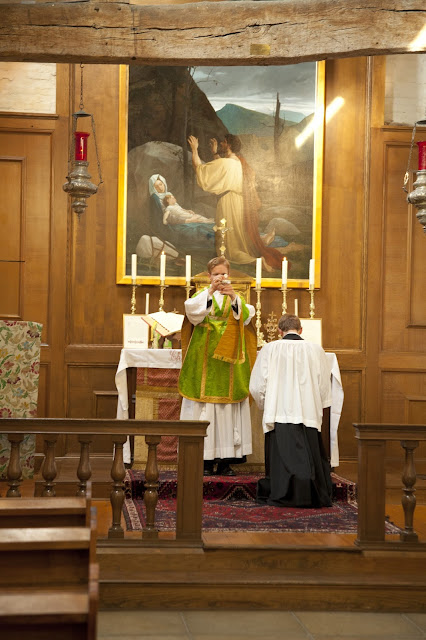 The point of making the responses is obvious: it is a form of participation we can all understand. The interesting question is: what was going on between the 9th century and the twentieth century, and in many places not until the reforms of the 1960s, at Low Mass? Was this a desperately impoverished liturgical experience, where people were just 'dumb spectators'? That was the view of the more radical reformers, and it would obviously be a very dangerous argument for those who want to defend the Church's traditions to accept. Our predecessors loved Low Mass - not to the exclusion of Sung Masses, of course, which they went to considerable trouble to put on when possible. But there was a whole culture of daily Low Mass-going which was clearly of enormous importance for the spiritual lives of generation after generation of Catholics. They were not morons: what did they get out of it?

The answer is that they engaged with Low Mass a form of contemplative prayer. Some used little books which suggested prayers and meditations for each part of the Mass. But most didn't. Here is a nice description from Fr Bryan Houghton, from his novel 'Mitre and Crook'.

‘Some meditate for a moment but soon give up; some thumb a prayer book without much conviction; some finger a rosary without thinking; the majority just sit and kneel and become empty. They have their distractions, of course, but as far as they are able they are recollected. You see, the state of prayer of the overwhelming majority of the faithful is that of “simple regard”.

‘…Human activity is reduced to its minimum. Then the miracle occurs. At the fine apex of their souls, imperceptible even to themselves, the Holy Ghost starts making little shrieks of “Abba, Father” or, after the consecration, soft groans of the Holy Name, “Jesu, Jesu.” They adore: or rather, to be more accurate, the Holy Ghost adores within them.’

But here's something interesting: the Catechism of the Catholic Church's most widely praised section, when it was published, was that on Prayer. It really is a worthy of study: we go beyond a text-book recitation of dogmatic facts to some very profound reflections. One thing very striking about the discussion is the consistent link drawn between between contemplative prayer, which is the highest form of prayer, and the liturgy. 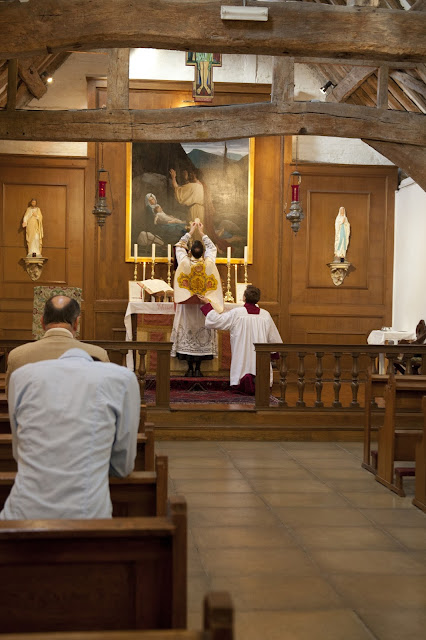 2711 ‘Entering into contemplative prayer is like entering into the Eucharistic liturgy: we “gather up” the heart, recollect our whole being under the prompting of the Holy Spirit, abide in the dwelling place of the Lord which we are, awaken our faith in order to enter into the presence of him who awaits us.’
2715: ‘Contemplation is a gaze of faith, fixed on Jesus. “I look at him and he looks at me”: this is what a certain peasant of Ars used to say to his holy curé about his prayer before the tabernacle.’ [In French, the peasant’s words were ‘Je L’avise, et Il m’avise’].
2716 ‘Contemplative prayer is hearing the Word of God. Far from being passive, such attentiveness is the obedience of faith, the unconditional acceptance of a servant, and the loving commitment of a child. It participates in the “Yes” of the Son become servant and the Fiat of God's lowly handmaid.’
2718 ‘Contemplative prayer is a union with the prayer of Christ insofar as it makes us participate in his mystery, the mystery of Christ is celebrated by the Church in the Eucharist, and the Holy Spirit makes it come alive in contemplative prayer so that our charity will manifest it in our acts.’

If we move from a contemplative engagement with the Mass, to a formal, verbal engagement, we have not necessarily made progress in our quality of participation. Perhaps this is all which needs to be said.