Update on the Stoles available from the LMS

A while ago I posted a photo of a vast collection of white stoles and burses which I had in my care which the LMS was able to give away. A lot have gone, a lot remain. Here is what is left. 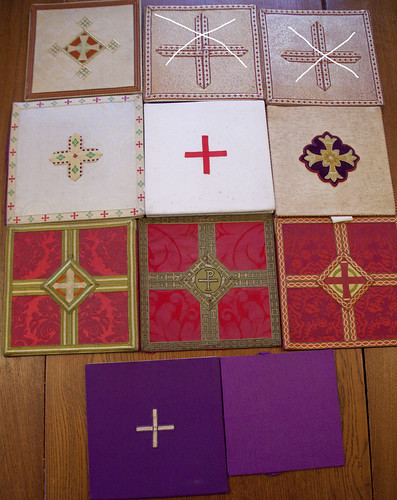 As before I will mail these out on a first-come, first-served basis to priests or deacons in the United Kingdom; if the priests could say a Mass for the Latin Mass Society's intentions that would be appreciated.

Anyone else - lay people and people overseas - we can have a chat about it.


Support the work of the LMS by becoming an 'Anniversary Supporter'.
Posted by Joseph Shaw at 6:00 pm