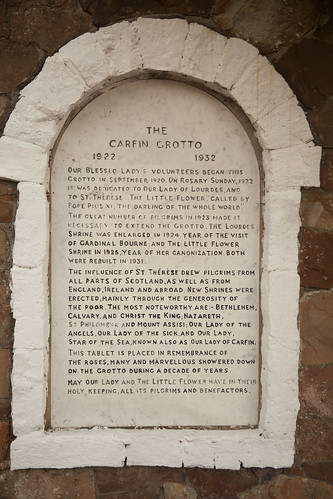 I visited the shrine at Carfin near Glasgow on the way south from holiday a couple of weeks ago. This is Scotland's national Marian Shrine; I was staggered, when I saw it, by its scale. There must be a score of statues, as well as recreations of the grotto of Lourdes, the scene of the vision at Fatima, and Calvary. There is an Exposition Chapel and a chapel dedicated to St Therese of Lisieux, as well as the large main church and a relic chapel. 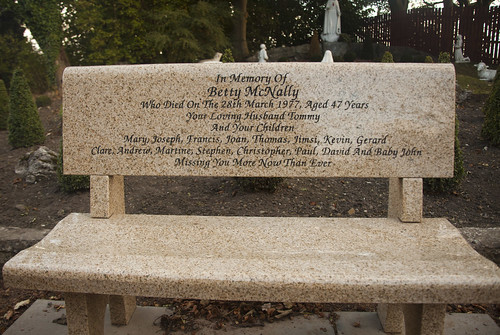 It is a remarkable monument to traditional Catholic piety in Scotland, which is clearly very much still alive.

Among the photos I have captured a 'Rosary Way' for the Seven Sorrows; a set of reliefs depicting the Seven Sacraments; an underground chapel in honour of the angels, and a fine marble statue of Christ the King.