Why liberals are united and conservatives divided: Part 2 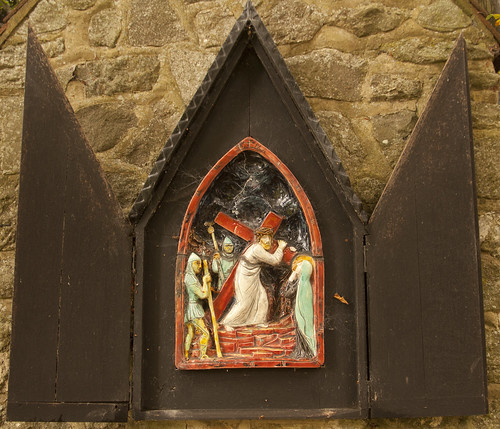 The key to the unity of the liberals and leftists is that their immediate aims are negative: they aim at destruction. The common ideological thread is that traditional structures, whether economic or social or doctrinal and liturgical, are oppressive and stop people from flourishing. They unite to destroy these things. Since they can be undermined and destroyed from many angles, having different groups working at it from idiosyncratic perspectives is a positive advantage. Radical feminists want to destroy marriage because they see the family as a patriarchal power-structure; homosexual activists want to destroy marriage because they want their own relationships to be accorded equal status as married relationships. These two groups do not agree about anything apart from the importance of destroying marriage, and they attack marriage with completely different arguments. The incoherence of the overall attack doesn't matter; it serves only to make the anti-marriage coalition appear all the more comprehensive.


Their unity has got nothing to do with either fiendish cunning or fraternal virtue; it simply derives from the strategic situation they find themselves in.

Conservatives - and I mean the term in the broadest possible sense - have a completely different task: to defend the traditional structures which are under attack. Their problem starts with the fact that the specific, local, and historically contingent form these structures take in the time and place in which the conservatives find themselves in this battle, are not agreed by all conservatives to be perfect in every way. This is for the simple reason that they aren't perfect in every way.

If you want to defend capitalism - or, if you prefer, private property and basic economic freedoms - against Communism, the first thing any sensible person does is to admit that capitalism, as it is manifested in this or that country in this or that era, is imperfect, has been abused, and needs reform. The opponents of capitalism historically had the luxury of contrasting the present imperfect system with a vague fantasy system which they could paint in all the brightest colours they liked. As time went on it became possible to point to the horrors of actual Communist governments, but the radicals could lie about them, make excuses for them, or distance themselves from them, as they wished.

Clearly it is essential for conservatives to admit to the imperfections of what they defend, and propose a programme of improvements. At this point, however, it becomes impossible for them to present a completely united front. We immediately find that, as reasonable people, they differ about exactly what is wrong, and how it can be improved; proposals of reform can go in very different directions. Every disagreement gives opportunities to the radical opponent of capitalism, as each programme of reform amounts to an admission that this or that aspect of the current institution is to some extent problematic.

What is true of the debate about economics is true about the debate about social issues. Furthermore, since the radicals want to destroy both the economic and the social structures, the conservatives are faced with the problem of what to defend and what to promise to reform on a larger scale. Some conservatives want to concede that there are big problems with capitalist economics, the better to argue that traditional social structures should be preserved. Other conservatives say the exact opposite. Both are perfectly comprehensible strategies: you concede what is hardest to defend, and focus your energy on the rest. The problem is that, since conservatives are thoughtful individuals and don't all think exactly alike, they disagree about what to concede and what to defend. The result is that the conservative camp divides in half, with only half defending each aspect of the status quo, and the other half joining the radicals in attacking what the other conservatives are defending.

There is a partial parallel to this situation in the Church. The radical liberals have set out to destroy the liturgy and the teaching of the Church. While it doesn't make much sense to defend the liturgy and concede the teaching, a lot of people have historically made the judgement that they should concede the liturgy - at least, up to a point - and focus on the doctrine. But just as libertarians join liberals in lambasting social conservatives, and social conservatives join liberals in lambasting capitalism, these 'neo-conservatives' have far too often joined liberals in attacking traditional Catholics.

I want to emphasise that the Church's conservatives, in the broadest sense, are not divided because they are stupid or selfish. It is because, as reasonable people, they disagree on very complex issues. It is hugely frustrating to see these divisions, of course. Words cannot describe the frustration traditionally-minded Catholics have felt over the years to see so-called conservatives join in with radical liberals in attacking the Church's traditional liturgy (for examples, see here and here). The neo-cons have often voiced their own frustration at our refusal to concede the liturgy to the barbarians and focus on what they imagine is 'what is really important' (for an example see here). Nevertheless, polemics aside, our disagreement is thoughtful and sincere.

I want to continue this series to talk about what can be done about this problem, in the present crisis of the Church. 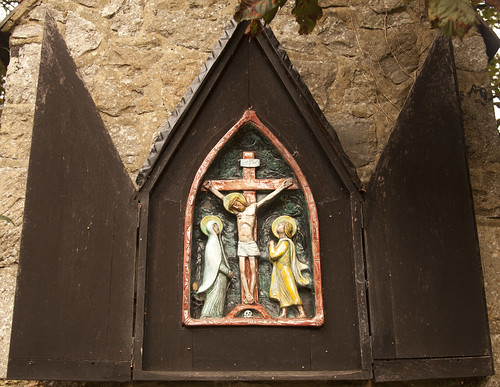 Images from the Aylesford Rosary Walk