Why liberals are united and conservatives are divided: Part 1 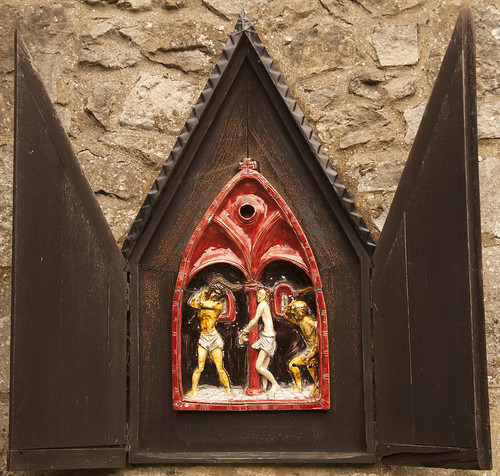 This isn't a bad moment to reflect on something which is often said: while liberals support each other in their efforts, conservatives often don't, and lose out that way. Peter Kwasniewski mentioned it today, in an aside. Speaking of Bugnini and his colleagues, he writes:

They were men who seized their opportunities and did not sit on their hands wondering when other people would do the job for them, or worse, waste their time on endless bickering and hairsplitting. Like our political liberals, they could lay aside small differences for the sake of gaining major objectives.

My question is: why is it so often the case that liberals and leftists are able to present a united front and their conservative opponents cannot? And can it be remedied?


First, I agree that this is a real phenomenon. In secular politics it is very striking. Back in the days of the British 'looney left' of the early 1980s there was an amazing display of this which allowed extreme leftists to take over trade unions and to some extent the British Labour Party. They agreed among themselves on what they called a 'Broad Left' candidate in elections and backed this person against the divided moderate opposition. More recently a radical agenda of same-sex marriage, the normalisation of homosexuality and so on has been backed by a coalition of homosexual activists, feminists, and left-wing politicians left without an ideology by the fall of Communism. In the Church we find conservative efforts of all kinds frustrated by a coalition of liturgical mavericks and every imaginable kind of theological dissident.

The explanation, however, is certainly not that the the allies either agree ideologically or have warm feelings of comradeship towards each other. The Trotskyites and the Communist Party types of the 1980s loathed each other. Feminists and gays don't, ahem, always get on. I don't suppose the 57 varieties of theological liberal in the Catholic Church today are engaged in a great big group hug. These alliances work despite a lack of fellow feeling, because it suits the interests of the allies. Once they gain power, then they can turn on each other, as the Bolsheviks did in the Soviet Union, the Communists and the Anarchists did in Barcelona in the Spanish Civil War, and so on.

People can join in an effective alliance insofar as they have common aims. Until they achieve complete power, these coalitions could set aside their differences because they have a very simple immediate aim, the destruction of what they see as oppressive power structures: capitalism, the family, or the structure of doctrine and liturgy.

It is often said that the weakness of Communism is that it didn't have a clear idea about what it was going to replace capitalism with. Once they got into power, the Marxist text-book had nothing more to tell them. But this wasn't a weakness: it was a strength which was vital to their success. Because instead of arguing about what form the new society should take, the Trotskyites and Stalinists could unite to destroy the existing society. The proponents of same-sex marriage, it has been pointed out, have no idea what marriage is, no idea of what they are going to replace traditional marriage with. It is this which allows gays to ally with feminists and Gramschi-ist socialists to destroy the traditional family. The theological liberals of the Catholic Church have only the vaguest idea of what the Church should look like, how it is all going to work. That is why they can be united in their efforts to destroy the Church as it is.

Their ignorance about the shape of the future they want to bring about is ideologically defensible, in fact, because they believe that humans will truly flourish when the oppressive power-structures are destroyed. The new society will be built by these flourishing people of the future, we can leave the complicated practical decisions to them.

Tomorrow I'll show how their conservative opponents are in a completely different situation.

Support the work of the LMS by becoming an 'Anniversary Supporter'.
Posted by Joseph Shaw at 7:09 pm