2pm Procession, to the place of martyrdom of Bl George Napier in Oxford Castle

The plaque marking the place of Bl George Napier's maryrdom was blessed by Archbishop Bernard Longley during the LMS Pilgrimage in 2010, the 4th centenary of his death. 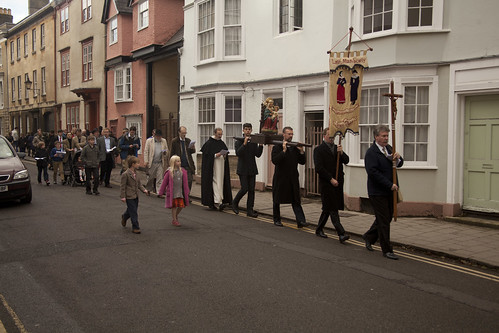 Bl George Napier (or Napper) was born in Holywell Manor, Oxford, in 1550, and attended Corpus Christi College 1566-1568, until ejected for recusancy. He was ordained in Douai in 1596 and was sent on the English mission in 1603. He was captured near Kirtlington, north of Oxford, in July 1610, and was executed on the Castle gallows on 9th November the same year. He was beatified in 1929 by Pope Pius XI.

Dialogue at Bl George Napier's execution:
A Protestant minister: ‘Napper, Napper, confess your treason.’
Napper: ‘Treason, Sir! I thank God, I never knew what treason meant.’
The minister: ‘Be advised what you say, do not you remember how the judge told you it was treason to be a priest?’
Napper: ‘For that I die, Sir, and that judge, as well as I, shall appear before the just Judge of heaven, to whom I appeal, who will determine whether it be treason or no to be a priest.’ 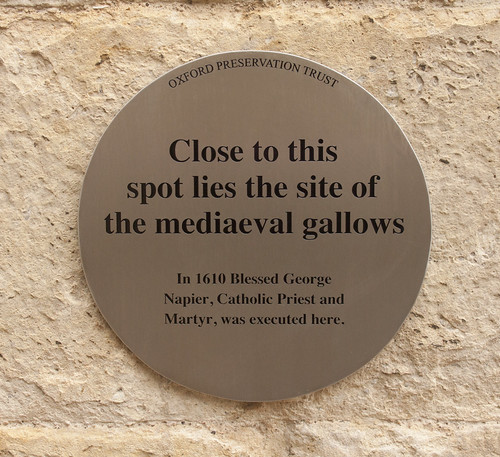