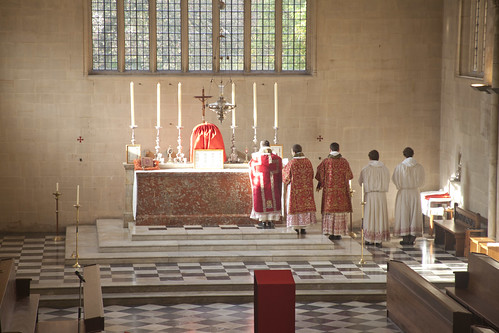 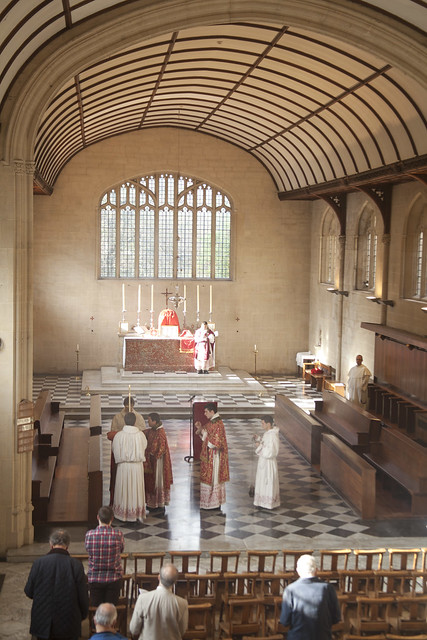 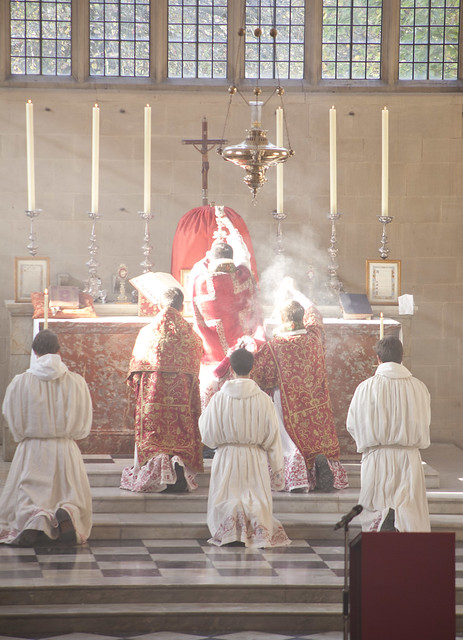 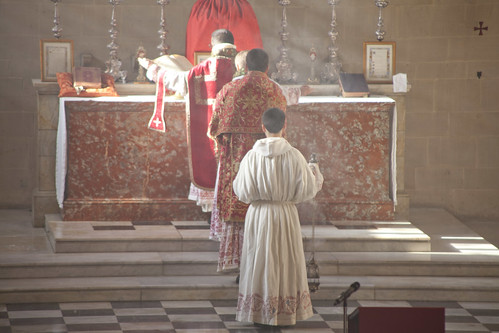 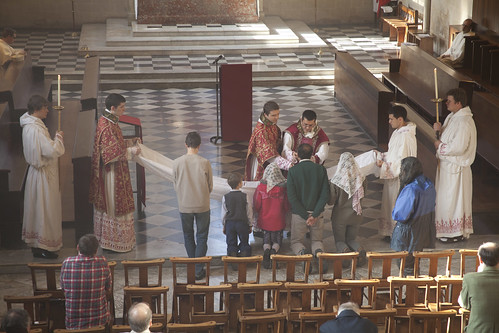 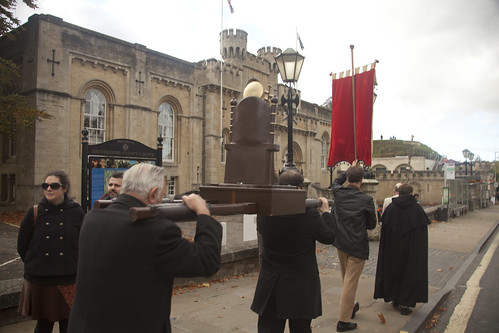 We visited the site of the martyrdom of 1610: Oxford Castle. Above we are passing the municipal buildings next to the historic Castle complex, much of which, including the site of the Castle gallows, was used as a prison into the 1990s. Now it is possible to walk in and see where Bl George Napier, a seminary priest who toiled for a decade for the Catholics of Oxfordshire, had his heavenly nativity. 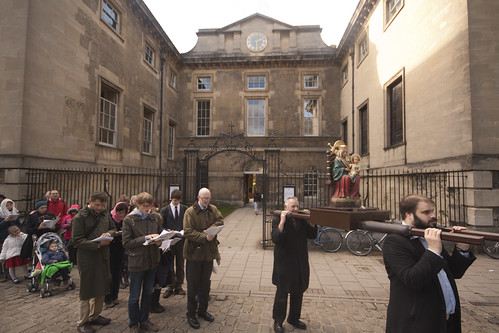 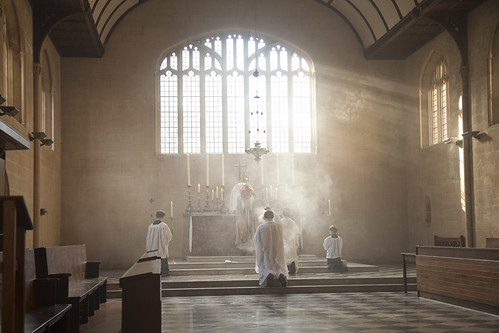 The pilgrimage concludes with Benediction, celebrated by Fr Pearson.